Raheem Sterling is entering the final year of his Manchester City contract; 27-year-old is carefully considering what he believes is the defining stage of his career; Chelsea looking for more firepower with Romelu Lukaku set for loan back to Inter Milan

Manchester City are expecting to field an opening offer from Chelsea for Raheem Sterling after Thomas Tuchel engaged the England international over how he would fit in at Stamford Bridge.

Pep Guardiola has repeatedly stated "I don't like to keep players that are unhappy" and is open to allowing Sterling's exit this summer, even to a Premier League rival, on condition that an acceptable bid in the region of £50m is tabled.

Tuchel is desperate to add a decisive edge in the final third to cure Chelsea's goalscoring issues.

New Chelsea owner Todd Boehly was in touch with City to discuss figures and the structure of a deal, with Tuchel expressing to Sterling that he sees him as a decisive figure for Chelsea's starting XI, but also as a leader and reference point.

All parties are willing to finalise a deal and the process is thought to have been very transparent and amicable, especially the talks between Sterling and City.

He has held respectful discussions with City in this regard and a decision on his future will revolve around the influence he will be able to have - especially in the big matches.

Tuchel contacting Sterling and spelling out his vision speaks to how serious Chelsea's interest is. They have also tracked Barcelona's Ousmane Dembele and Everton's Richarlison.

The fact that City can cede two attackers to members of the 'Big Six' - Gabriel Jesus to Arsenal for £45m and potentially Sterling to Stamford Bridge - without trepidation is a sign of their solid recruitment and the gap that exists between the clubs.

Intra-league transfers at the top end of the table are set to become more common as European teams struggle to financially compete with their English counterparts.

'Sterling a polarising target for Chelsea fans, but would help refresh attack' 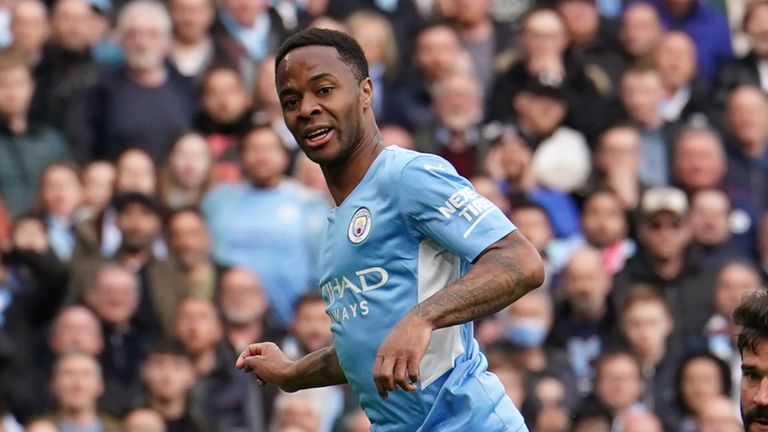 The Athletic's Liam Twomey discusses Chelsea's potential bid of £50 million for Manchester City's Raheem Sterling, and whether he would be a good fit for the club.

"I think it's a transfer that, potentially, works well for all parties. Sterling needs a change of scene; he has fallen out of favour at Manchester City, has a year left on his contract and there doesn't seem to be much of a market for him outside of Chelsea.

"I think a lot of the big Premier League clubs are experiencing this at the moment where it is easier for them to sell to each other, potentially, than to anyone else, given the finances involved. And Chelsea need a way to refresh their attacking options, particularly after letting Romelu Lukaku go back to Inter on loan.

"I think the new owners want to make a statement as well and while Raheem Sterling might not be the most exotic or exciting name to some Chelsea fans, he is Premier League proven, 27 years old, a key England international. He would clearly be a quality addition.

"I think Sterling is a little bit of a polarising target among Chelsea fans and I think part of that is just because he is so familiar. We know his flaws as a player so well, as well as his strengths, as we've been watching him forever in the Premier League and I think that feeds into the way a lot of Chelsea fans see him. But there is no denying he has been a very effective player in top teams in this league for a long, long time, so I think he'd be a very reliable performer.

"We are also seeing an increased willingness from Chelsea to look at Premier League proven targets. They have been burned in the last couple of years by signing players from other leagues who have maybe needed time to adapt or, in some cases, not really adapted at all and not been maximised in the team.

"Someone like Sterling who has already produced at a high level in the Premier League for many years, you can see why that would be attractive to Chelsea and, for Boehly, he's a big name. And at 27, he's someone you could still expect to be productive for several more years."

The Blues are interested in the Brazil striker as a potential replacement for Inter Milan-bound Romelu Lukaku.

However, Tottenham are targeting a package deal for both Everton's Richarlison and Anthony Gordon.

Thomas Tuchel could sign as many as three new forwards, with interest in Man City's Raheem Sterling and Barcelona's Ousmane Dembele, who is soon to be out of contract.

In defence, Chelsea are also targeting two centre-backs having lost Antonio Rudiger and Andreas Christensen and are keen on bringing their former academy graduate Nathan Ake back to the club.