Declan Rice has taken on the West Ham captaincy following the retirement of Mark Noble; in an exclusive interview, manager David Moyes says young midfielder must "step up" leadership levels to help cover for Noble's absence; West Ham aiming to kick on after promising 2021/22 season

The post-Mark Noble era is beginning at West Ham but David Moyes keenly feels his absence.

"There is a big void," the West Ham manager tells Sky Sports as he takes a break from the team's pre-season preparations at the club's east London training base.

"I can feel it now because he played such a big part, pulling the players together, doing lots of things and keeping them close. He was really important for us."

After 18 seasons as a pro at his boyhood club, Noble brought his playing career to an end last season. The captain signed off his final game at the London Stadium with a substitute appearance and an emotional speech in front of the West Ham fans after a 2-2 draw with Manchester City.

City, as it happens, are West Ham's first opponents at home this coming season but the hosts will this time be led both on and off the pitch by 23-year-old Declan Rice.

Mentored by Noble, Rice is the natural successor. He wore the armband for much of last season when Noble, 35, was out of the side but he will now lead this team in his own right.

"I know I'm going to be captain of West Ham for this season and it's an honour," Rice told Sky Sports earlier in the day. "To take it from Nobes is special. It's a dream. To be captain of any club in the world is an honour and to captain West Ham with the history behind the club is special."

But it carries big responsibility too.

"Now Dec has to step up to another level of not just how he plays on the pitch but his leadership off the pitch and dealing with a lot of the other things that go on," says Moyes.

"He's a young man who is still learning and maybe it was a little bit easier for him being captain last season knowing Mark Noble was in the building and those two could work it out.

"But hopefully we've surrounded him with Lukasz Fabianski and Aaron Cresswell, Angelo Ogbonna - people who have been at the club a long time and can help him with their experience." 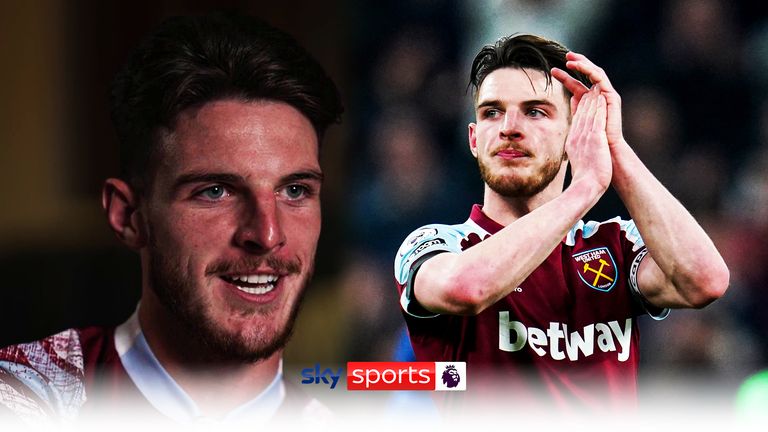 West Ham's new club captain, Declan Rice says speculation about him potentially leaving the club can be annoying but insists he puts it to one side when he is on the pitch.

It's a significant shift at the club at a point in their development under Moyes which could be key.

The Scot arrived with West Ham not where they wanted to be. They were looking over their shoulder at a relegation battle, while their supporters were showing their displeasure with the ownership and direction of the club.

During his two-and-a-half years in charge, with steady progress, Moyes has had a transformative impact.

After steering the team to survival after taking over midway through the 2019/20 season and finishing sixth in his second campaign, their previously maligned London Stadium home was electrified by a team which pushed for a top-four finish until late in the campaign and reached the semi-finals of the Europa League.

"Done well, could do better," is Moyes' verdict on those efforts now. It's delivered with a wry smile. He's well aware of the perspective and the context of the team's achievements but also feels there were "missed opportunities" to turn a good season into a great one.

"I wanted to finish higher, I was trying to push the players hard to do that. In the end, when you look at the way the season went, I don't think I'll be able to complain too much about it. But I felt we missed some opportunities and the momentum, we tried to keep it going, but we just lost a little bit at the end. Maybe there were real reasons for it but we're over it now, we've moved on and hopefully, we can get ready for the new season."

After building solid foundations, Moyes says the challenge now for West Ham is to continue to stride forwards - without slipping back.

"Quite often to move means you could go forward quickly or you could drop and then you have to wait until you come back," he said. "We're in a period at West Ham where we're in that at the moment.

"We've had a group of players who have been fantastic for us in the past two and a half years and they've taken us away from relegation problems to a team challenging at the top.

"Yes we've added one or two players on the journey as well but we're on the next part of the journey now. We're needing to bring in more players to give us that opportunity to compete.

"You only need to look at the buying and amount teams can pay at the top to get the top players, whether it be wages or transfer fees, that can make it much more difficult for other clubs to compete."

West Ham have signed centre-back Nayef Aguerd for £30m from Rennes, £12m central midfielder Flynn Downes from Swansea and they've had a bid accepted for £30.5m plus £5m in add-ons for Sassuolo striker Gianluca Scamacca. There has also been an offer made for left winger Filip Kostic of Eintracht Frankfurt. 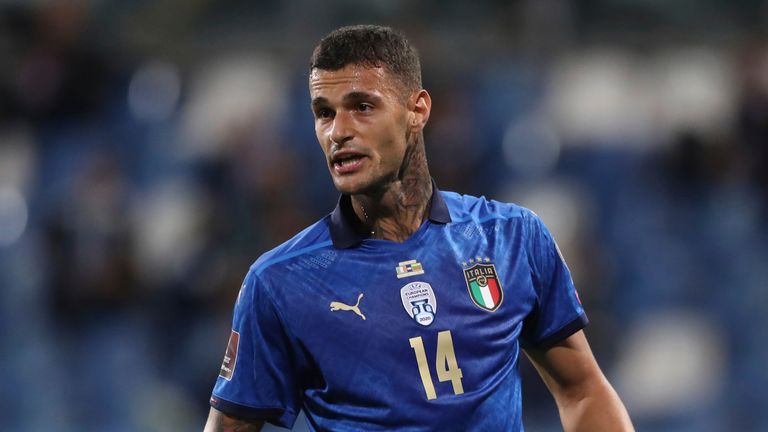 Sky Sports' Mark McAdam reveals what West Ham would be getting in signing Gianluca Scamacca.

There have been changes in Moyes' coaching team, too, with Stuart Pearce leaving and Mark Warburton making a surprise transition from his managerial career back to an assistant role. "I remember Sir Alex Ferguson, when he took Walter Smith as his assistant manager at Man Utd," says Moyes. "Walter Smith was an incredibly experienced manager and he stepped down to become Sir Alex's assistant for a while.

"Mark will give me experience, he's got knowledge of the lower leagues as well. He's a really good man and someone I know I can work with and will go well with the other members of staff I've got."

The hope for Moyes is those additions can be the incremental improvements the team needs to keep progressing in a season which will be unlike any other, given the World Cup break which comes in November and December.

"It might be an advantage in some ways but who knows how this year is going to work," says Moyes.

For now, his focus is on ensuring his players are prepared for the first half of the campaign and ready to return to the levels they achieved last time around.

Noble may be gone but the West Ham fans back at the London Stadium to watch their side play Man City again at the start of August will be expecting a continuation of the upward trend of this side.

"I think they're seeing a big improvement, an energetic team, boys fighting for the jersey and playing as well as they can to try to get results," says Moyes. "We've had some brilliant nights and I've got to hope there are many more to come."