This is the first European meeting between Eintracht Frankfurt and Tottenham since the quarter-final of the 1981-82 Cup Winners’ Cup; Spurs have lost four of their last five Champions League games; Conte: "I'm the coach and I need to take the best decision for Tottenham" 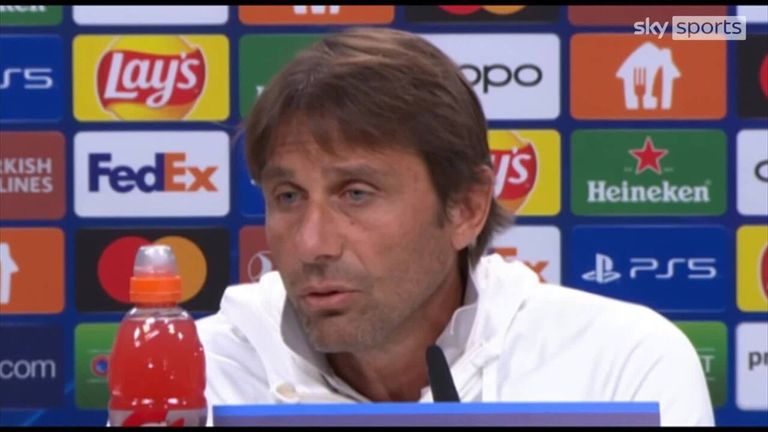 Antonio Conte has defended his style of play at Tottenham and urged fans to trust in his selection choices.

Arsenal had 65 per cent of the possession and 22 shots compared to Spurs' seven at the Emirates - but Conte dismissed suggestions his side are negative.

"No, I think that for the characteristics of the players we have to defend situations, and if we were able to exploit the situation, especially last passes, we would have been able to score many goals against Arsenal," he said.

"Instead we made really bad mistakes for the last passes because we had the opportunity to go one-to-one but every team has to think and understand the way to play different games.

"Then I repeat last season we won 3-0 and in the same way then when you lose you have to explain and when you win the opponent has to explain, but for me it's important to try to have a plan, to put my players in the best possible situation to exploit their characteristics.

"In England happened a lot of times. I won in England and then I won in my past and I think I can teach football to many people."

Spurs play Eintracht Frankfurt in Germany on Tuesday, with Conte's side currently trailing Sporting Lisbon in Group D of the Champions League by three points.

Spurs have lost their last four Champions League matches against German opposition by an aggregate score of 14-3, losing twice to Bayern Munich and twice to RB Leipzig, while four of their last five European ties have also ended in defeat. 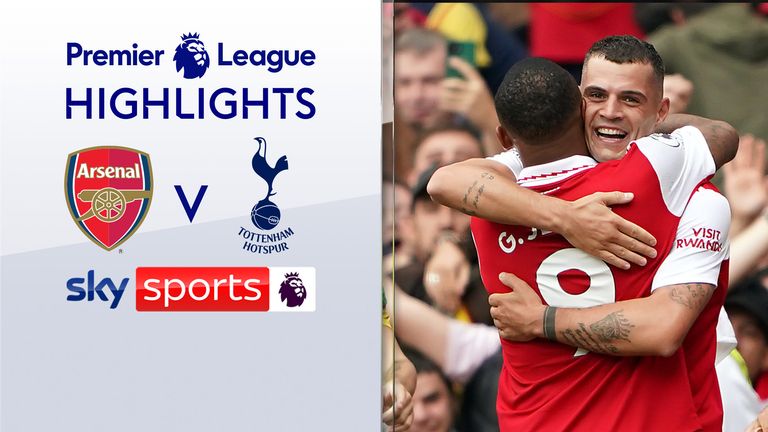 Highlights from Arsenal's win against Tottenham in the Premier League

"We have a chance to play another game. I think this is important," said the Spurs head coach.

"After a loss you want to play another game quickly, and we have this possibility tomorrow. We know very well the game will be very tough because we are playing against Eintracht Frankfurt, they won the Europa League last season.

"We are talking about one of the best teams in Germany. At the same time we want to play our cards here.

Ben Davies has recovered from a hairline fracture to return to the Spurs squad but there is no timeline on winger Dejan Kulusevski's recovery from injury, Conte confirmed.

The Wales defender suffered a fracture below his knee before the September international break while Kulusevski picked up a hamstring problem after playing twice for Sweden last month.

Conte said: "No new injuries. We have recovered Ben Davies, he will be on the bench. Kulusevski is still out, (Lucas) Moura is out.

"About Kulusevski, honestly I don't know the timing to recover. The doctors are not finding the right solution. I am not optimistic, I am pessimistic about this situation."

Conte said the injury list gives Spain forward Bryan Gil a chance to impress after the 21-year-old opted to stay at Spurs in the summer, while he remained coy on the possibility of Djed Spence making his second club appearance.

"Bryan Gil is in the squad and for sure he is the first option for our attack because Kulusevski and Moura are out," Conte added.

"We are talking about a young player, we wanted to see him on loan to Valencia but for many circumstances the situation has changed. I trust him."

On Spence: "The fans have to be fans. I understand they can think everything but I see every day what happens during the training session.

"I try to do the best for the team. If they trust me, then they trust me, but the choices are mine. If I didn't decide to pick one player it's maybe because he's not ready.

"We are talking about a young player with a good prospect, but I repeat I try to pick the best team.

"I'm not stupid, I don't want to lose. I try to put the best team, to pick the best team. If they trust me it's OK, if they don't trust me then I'm the coach and I need to take the best decision for Tottenham."

Frankfurt will be without World Cup-winning playmaker Mario Gotze, who has an ankle injury.