World Cup: Danny Welbeck has been passed fit for England's opener against Italy

England coach Roy Hodgson has revealed Danny Welbeck will be fit to face Italy in the World Cup opener at Manaus on Saturday.

Speaking to the assembled press in their final briefing ahead of the Amazonia Arena clash Hodgson said: " Yes, Danny's fit."

The Manchester United striker had been struggling with a thigh injury and was forced to sit out training on Tuesday and Wednesday.

"I'm very fortunate that even after four weeks of preparation, the only player who isn't available for selection is Alex Oxlade-Chamberlain," added Hodgson. "That we knew, so there can be no complaints on that score."

Hodgson insists he will have no hesitation in playing his younger players against the Italians, having openly admitted being impressed in training by Daniel Sturridge, Raheem Sterling and Ross Barkley.

"I'm not afraid of giving youth a chance," he said. "We've only to think back to 1958 and Pele bursting on to the scene as a 17-year-old. He went on to dominate football and become one of the most, if not the most, famous footballers of all time. 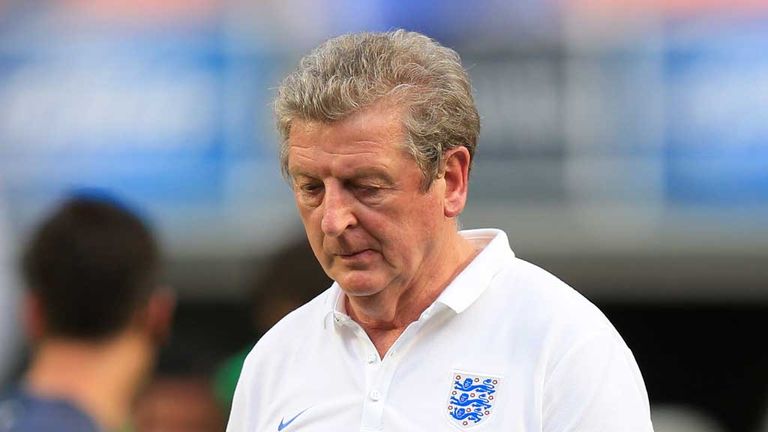 I think it has been one of my toughest team selections. There's a lot of people really showing that they've got the form and the quality we're looking for.

"When he came to Sweden in 1958 he wasn't even well-known in Brazil. A month later he's a superstar and went on to be an even greater superstar.

"You've seen plenty of examples in the World Cup; Diego Maradona was very young when he first started playing for Argentina. Johan Cruyff was another one when he was dominating European football for Holland."

And former Liverpool boss Hodgson says picking his side for the World Cup opener against the Italians is one of the toughest jobs he's had to do in his 39-year managerial career.

Other than Oxlade-Chamberlain, who sprained a medial knee ligament in Miami last week, the 66-year-old has a fully-fit squad to choose from.

Hodgson has settled on his keeper and back four while Jordan Henderson is expected to play alongside captain Steven Gerrard in midfield.

But who plays alongside Wayne Rooney in the centre just behind main striker Daniel Sturridge is less obvious for the England coach.

"I think it has been one of my toughest team selections," he said. "There's a lot of people really showing that they've got the form and the quality we're looking for.

"When I actually name the XI there will be some disappointed people."