Arsenal's Aaron Ramsey hopes he never plays on an artificial surface again as he battles to be fit for Manchester City's visit to the Emirates Stadium on Saturday.

Ramsey rolled an ankle in the closing stages of Wales' European Qualifier away to Andorra on Tuesday night and should know in the next 24 hours whether he is fit enough to line up against the reigning Premier League champions.

"I hope that's the last time I play on a plastic pitch," said Ramsey. "The pitch was very hard, there was no give in it, and I rolled my ankle a little bit.

Sign in with your Sky ID to watch extended highlights of Wales' 2-1 win in Andorra.

"I could feel it, but hopefully it will be nothing and I'll be available for Saturday.

"Manchester City at home, those are the games you want to play in so hopefully it won't be a problem."

If Ramsey is passed fit, he will line-up for the first time with Danny Welbeck, Arsenal's £16million deadline-day signing from Manchester United.

Welbeck will be full of confidence after scoring twice in England's 2-0 European Championship qualifying victory over Switzerland on Monday night, and Ramsey believes the former United man will add something different to the Arsenal attack. 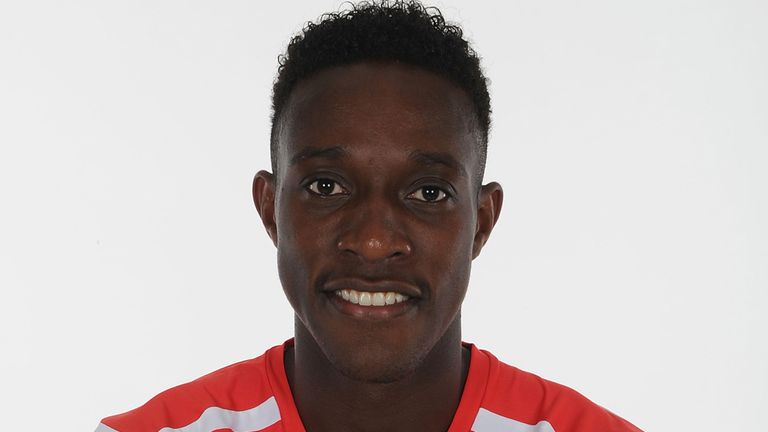 I think he (Welbeck) will bring something different - the runs in behind, his pace... his power and his finishing.

"He showed for England what a good player he is with those two goals," Ramsey said.

"He's a player who is very good technically, can get in behind teams and score goals.

"I think he will bring something different - the runs in behind, his pace.

"His power and his finishing will benefit us for the rest of the season."

Ramsey admitted Wales struggled for cohesion against the minnows of Andorra but insisted the result was all that mattered.

"Due to the pitch, we couldn't get into our stride," Ramsey said. "Normally we play quick, keep it on the floor, play around teams, stuff like that.

"But you couldn't play the ball quickly and I just don't know how you're meant to play football on that pitch to be honest.

"Cyprus won in Bosnia and I think in this group teams will take points off each other and a lot of teams will struggle here as well on that pitch."