Manchester United, Arsenal and Liverpool must “break the bank” to sign Robert Lewandowski, according to Dietmar Hamann.

The Poland international was  left on the bench until the 75th minute by Pep Guardiola in Bayern Munich’s 0-0 draw in the Champions League at Shakhtar Donetsk and played on the wing during the Bundesliga leaders’ 8-0 win over Hamburg last weekend.

And Hamann believes the former Borussia Dortmund is a perfect fit for any of the Premier League trio.

“If you look at Manchester United, I think they could do with a Lewandowski,” Hamann told Sky Sports. “At the moment United, Liverpool and even Arsenal... Lewandowski is tailor-made for them.

“He came to Bayern Munich on a free last year but if there was an opportunity to get him out I’d break the bank for him because I think he’s the best No 9 in the world.”

Hamann, who won four major honours during a five-year spell at Bayern, insists there are doubts surrounding Lewandowski’s future, suggesting the club’s playing style does not suit the striker.

When asked about the 26-year-old’s future, he said: “It’s a big question mark. There’s a question mark about the manager. There are still no assurances that he will be there, even though he’s got a contract. 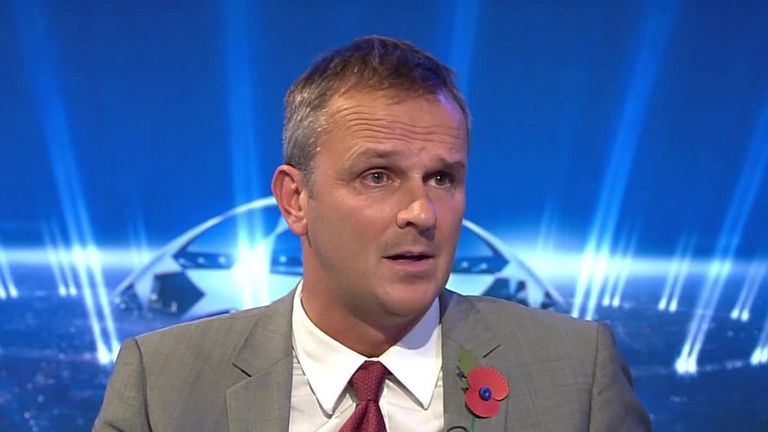 He came to Bayern Munich on a free last year but if there was an opportunity to get him out I’d break the bank for him because I think he’s the best number nine in the world.

“I think the same goes for Lewandowski because the way the team plays under Guardiola I don’t think it suits him.

“He needs to be involved in the game. In Bayern Munich he simply doesn’t get enough balls with the way they play. You need a poacher in Bayern Munich, somebody who scores his goals in the box, rather than a Lewandowski who does everything.

“I can only imagine his head is not in the right place at the moment because if you go to Shakhtar in a knockout game he’s the only recognised striker in the team and you sit on the bench,” the former Liverpool midfielder added.

“He played for 65 to 70 minutes on the wing against Hamburg on Saturday. The manager may think it proved him right because they won 8-0 but I think if you want to be successful against the best team in the knockout stages - when you come up against a Barcelona or a Real Madrid - you need Lewandowski.

“I’m not quite sure how much he will be on side with the manager because I think he’s been treated pretty harshly in recent weeks.”