Blackburn Rovers midfielder David Dunn has revealed he will be leaving the club at the end of the season.

Dunn, who made 377 appearances for Rovers and scored 59 goals in two spells at Ewood Park, announced the news in an open letter to the supporters on the club's website.

The 37-year-old started his career in Rovers' youth team and made his first-team debut against Everton in September 1998 at the age of 18.

He helped Rovers secure promotion back to the Premier League in 2000-01 and won one England cap, against Portugal in September 2002. 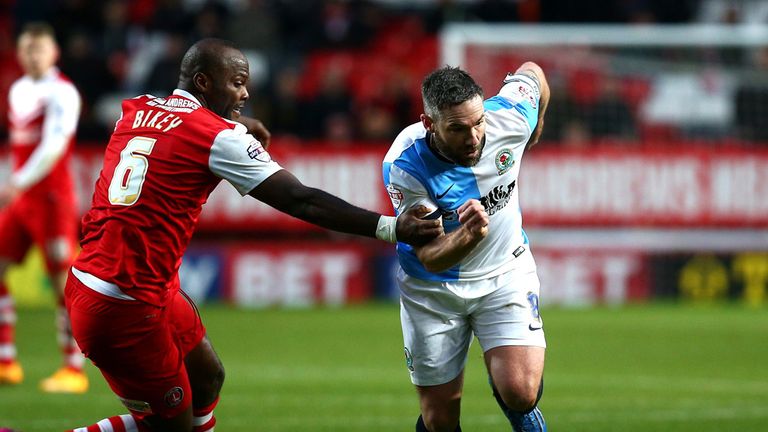 I have lived the dream of playing for my home town club, during which time to be capped by my country, whilst wearing the blue-and-white halves.

Dunn joined Birmingham in 2003 and had a three-and-a-half-year spell at St Andrew's before returned to Rovers in 2007.

He said: "All good things come to an end, or so they say, and as my 27-year association with Blackburn Rovers comes to what I hope might only be a temporary close, I wanted to place some thoughts and debts of gratitude on record.

"Having first arrived at Ewood as an eight-year-old with the usual boyhood dreams, I am proud to say that what unfolded in the 27 years thereafter has been something of which I am exceptionally proud.

"I have lived the dream of playing for my home town club, during which time to be capped by my country, whilst wearing the blue-and-white halves, transcended even the wildest of those dreams.

"Having had the privilege to play for Rovers in front of my grandad, who as everyone knows has been a life-long inspiration, and more recently my two sons, are memories I will cherish forever."