Report and highlights as Aston Villa put five past Norwich 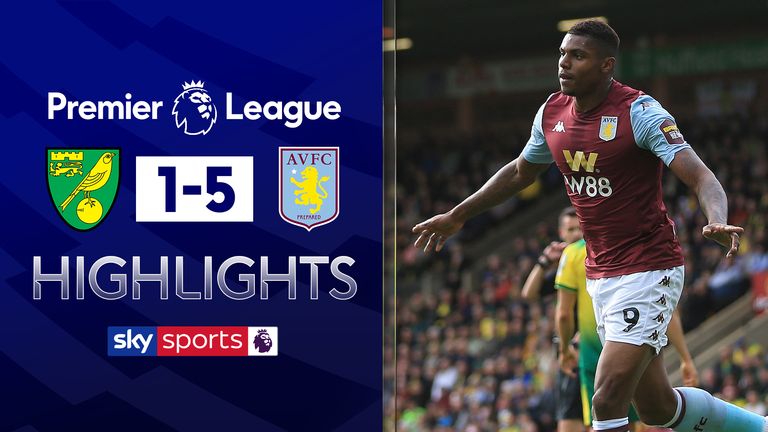 FREE TO WATCH: Highlights from Aston Villa's win at Norwich in the Premier League

Aston Villa secured their first away points of the season with an emphatic 5-1 win over Norwich at Carrow Road.

Wesley made headlines in a chaotic first half, giving his side the lead from six yards (16) and adding a second 15 minutes later, before Michael McGovern denied him a hat-trick from the penalty spot before the break.

Jack Grealish put the game beyond Norwich three minutes into the second half after netting from close range, and Conor Hourihane (61) hit a fourth for good measure with a fine curling effort from outside the box.

A wonderful long-range goal by Douglas Luiz (83) confirmed the thrashing and, while Josip Drmic grabbed a late consolation (88), Norwich drop down into the relegation zone.

Man of the match: Wesley

Both sides ditched their defensive duties in a frantic opening spell that saw Marco Stiepermann twice go close for the Canaries before Wesley opened the scoring from six yards after Anwar El Ghazi's cross bamboozled the Norwich centre-backs.

The hosts pressed for an equaliser but Tyrone Mings was unrelenting in throwing himself between goal and ball, and Todd Cantwell's shot was also blocked on the line by Bjorn Engels.

The drama continued as Wesley doubled his side's lead, tapping in from two yards after a smart Grealish pass, but he was denied a first-half hat-trick thanks to McGovern's diving penalty save - the spot-kick given after McClean brought down Grealish.

And it was Grealish who made it three just after half-time, playing a one-two with El Ghazi before netting from eight yards and all but sealing the win for Villa within 50 mins.

McGovern made his first Premier League start in goal for Norwich in boss Daniel Farke's only change, while Dean Smith named an unchanged Villa side.

The Canaries continued to allow Villa all the space in the world, with Hourihane curling in a brilliant fourth from outside the box, only for substitute Luiz to go one better with a beautiful bending effort into the top corner.

Substitute Drmic took advantage of the East Anglian sunset as Villa 'keeper Tom Heaton seemed blinded when his clearance found the Norwich striker, but while Dean Smith's side were denied the clean sheet, the Villa boss praised his side's "terrific performance" as the hosts were embarrassed.

Norwich's Daniel Farke: "A tough day for us and of course a disappointing result. So many problems came together today.

"We tried to fight against all odds and be there with another surprise, but it's difficult to surprise on a weekly basis. We had to play today without so many key players. Players had to play with painkillers. Players didn't have their best day.

"When you are not in your best shape you need your key players and they did not have their best day." 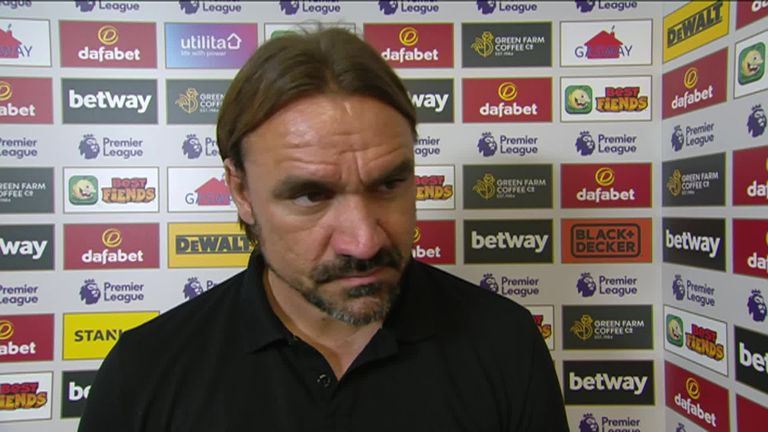 Aston Villa's Dean Smith: "It was a terrific performance, we kept to our game plan really well, scored some well-worked goals. We had great shape behind the ball and it was a really comfortable win. I was just disappointed with their goal.

"We know we've got goals within the team. Wesley was a handful for them. He could've had the match ball as well, but I can't criticise him. This is what we saw in him when we brought him to the football club." 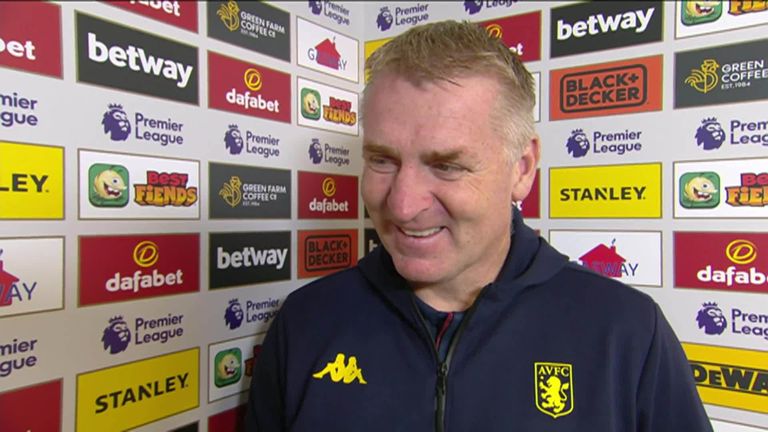 Aston Villa boss Dean Smith said this game would be won by the team that made the fewest mistakes, and Norwich made a number of them.

Villa had the run of midfield and it was incredible how much space they were granted by the Canaries as Daniel Farke's side sat back and allowed the likes of Grealish and McGinn to wander into the final third. There was simply no press and when Premier League footballers are given that much time to take aim, more often than not they will score.

The visitors were everything Norwich were not. They kept shape, chased every ball, broke quickly, and were blessed at the back with Mings, who looks worth every penny of the £20m Villa paid for him in the summer.

Of course, injuries at the back have crippled the hosts and despite Farke's faith in the fringes of his squad, there are limits and today Norwich tested them and failed that test. Perhaps there were simply too many key players missing at the back to compete, and so the international break can offer the Canaries a welcome reprieve and a chance to regroup.

Man of the match - Wesley

Wesley had plenty to prove heading into this one and his two well-taken, first-half goals set the tone for a brilliant result. The Brazilian will be gutted he could not get a hat-trick after his penalty was well saved, but an assist for countryman Luiz was a fine way to finish off a man-of-the-match performance.