Freddie Ljungberg suggests Arsenal should make a decision on the managerial situation at the club, and says he will deal with Mesut Ozil's reaction to being substituted.

Arsenal were beaten for the second straight Premier League home game, going down 3-0 against Manchester City, leaving them seven points off the top four.

Mikel Arteta, Manchester City's assistant manager, is the current favourite for the job, while Arsenal have also been linked with Carlo Ancelotti after he was sacked by Napoli in midweek.

Fans are none the wiser as to who will take over the club permanently, and interim manager Ljungberg inferred the club should make a decision to clear up the situation both for his staff and the players. 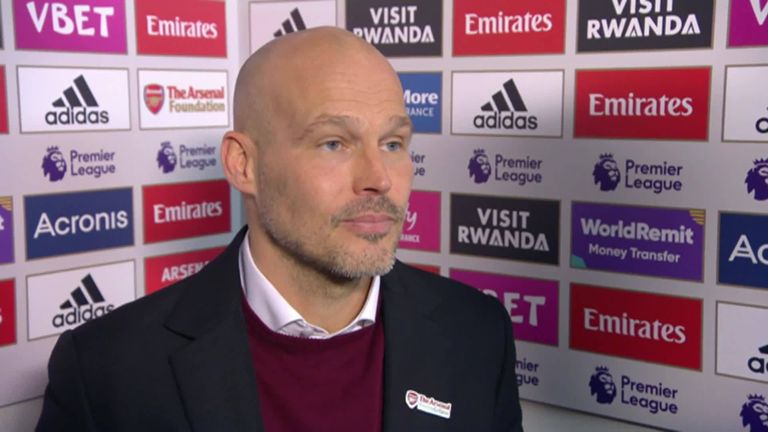 "I've said to the club, it's a great, great honour to do this. But of course, Per [Mertesacker] is an academy manager, and is doing two jobs at once. I think it needs to be cleared up to make a decision, so everybody knows, but that's up to the club.

"I'm very honoured, and try to do things as good as I can, but I think as well it would be good to make a decision, regardless of what it is."

He also told Sky Sports: "I've said to them I think they need to make a decision. We all want to help, but Per is doing another job at the same time and doing a great run to help, all the other staff are trying to chip in and help but a decision needs to be made so we have the same resources as other clubs. It's not easy for Per, we have to fix that."

'Ozil came off because we needed energy' Mesut Ozil reacted angrily to being substituted, kicking his gloves away

There was more touchline drama at the Emirates as Ozil was substituted before the hour mark, with fans criticising the German for walking off the pitch slowly.

Ozil reacted himself by kicking his gloves in the air, while Ljungberg explained the decision to bring him off, saying he will deal with his reaction.

"You should be annoyed when you come off, but I'm the coach at the moment and take the decision that I want more energy in the team.

"We are a team that want possession, but sometimes we want to run, tackle and win the ball back. Emile [Smith-Rowe] did extremely well in Belgium and I wanted to give him the chance, and I think he did well when he came on."

He also told Sky Sports: "For me, I took Mesut off because I wanted more energy in the team. If he wants to react when he goes off that's up to him, and we'll deal with it later.

"First of all, I am here on a day-to-day basis, so we'll see what that is in the future, but of course we want players in the right way."

'Injured player should stay down longer' 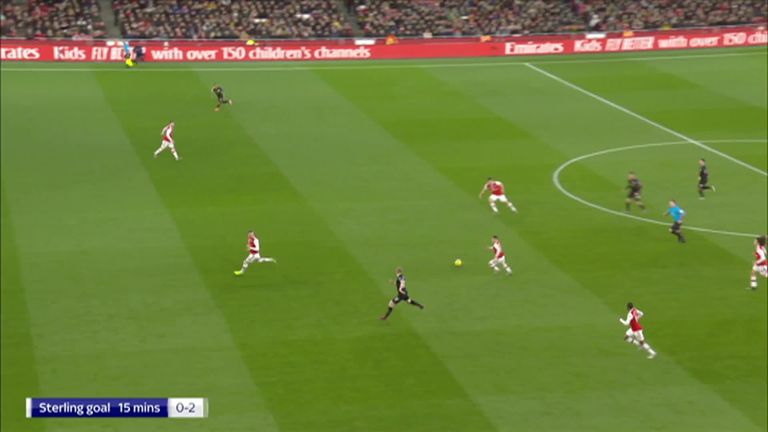 Arsenal were down to 10 men for City's third goal, with Sead Kolasinac brought off injured and substitute Bukayo Saka not yet ready to come on.

Ljungberg said there is something to learn both for the substitute and the injured player.

"That's something we need to learn, to get ready quicker, but also when you are injured, you need to stay down until players are ready, so we can get ready."

Pep: We played better against United 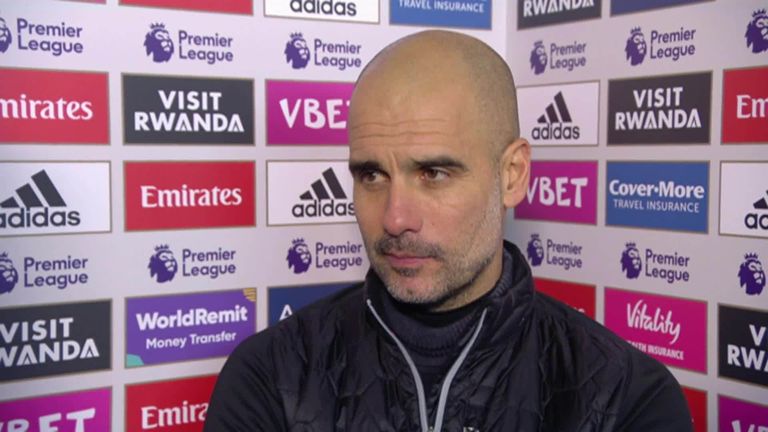 "We played much better against United. And we had more chances than today.

"Kevin is an extraordinary player. He sees passes and actions that normally human beings cannot see. He has a special vision.