Sunday Supplement: Deep-lying issues at Arsenal are being exposed

Arsenal's transfer policy and a lack of in-game management at the heart of Arsenal's problems, according to Sunday Supplement panel 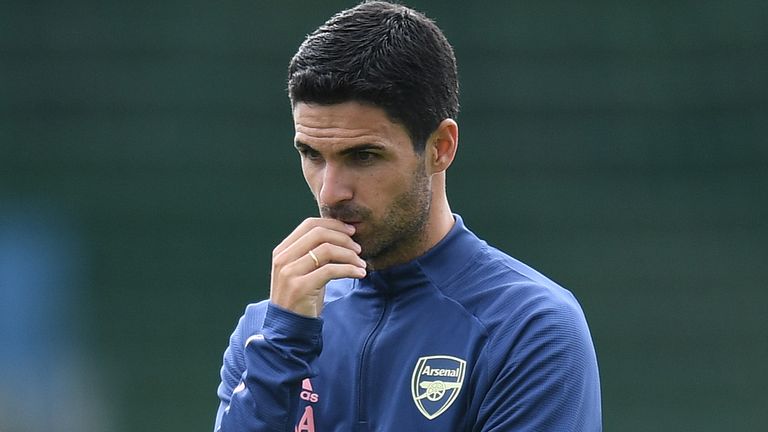 Arsenal's two defeats since the Premier League restart have exposed the wider problems at the club, according to Daily Mirror football writer Darren Lewis.

Arsenal slumped to a last-gasp 2-1 Premier League loss at relegation-threatened Brighton on Saturday in a blow to the London club's chances of securing European football next season.

The Gunners have been criticised for allowing the contracts of their players to run down with youngster Bukayo Saka the latest to be linked with a move away with 12 months left on his current deal.

The Mail On Sunday described Arsenal's return to action as the 'restart from hell', and speaking on the Sunday Supplement, Lewis concurs.

"For Arsenal I would say it is because they've played poorly and they've had nightmare injuries," he told Sky Sports. "Pablo Mari I don't think we're going to see for the rest of the season, Bernd Leno went off with a nasty injury and Granit Xhaka was taken off the other night as well.

"The last two games have exposed their inability to compete with the top sides and their fragility against teams in the bottom half of the table. It has also exposed the deeper-lying problems as well.

"If you look at Pierre-Emerick Aubameyang's body language... he looks as if the end of the season can't come soon enough. When you look at Arsenal's situation overall, and the example of Saka, the transfer policy needs an urgent review.

"Aubameyang is set to become the latest in a long list of players who have left the club either on a free or for substantially less than their market value. When you get a talent such as Saka and his contract is running down, you have to ask, 'why has a big club like Arsenal not moved more quickly to be able to sign him up?'

"It isn't just about the two defeats in the last few days for Arsenal... it's about a number of deeper-lying problems which looked as if they may've been on the way to being solved with the new people in at the top and Mikel Arteta as the new custodian.

"But if you were an Arsenal fan, you would be forgiven for feeling a lot of pessimism about the future going forward. Even if they do solve some of the issues surrounding them, the other clubs in the top six will be moving on strength to strength." 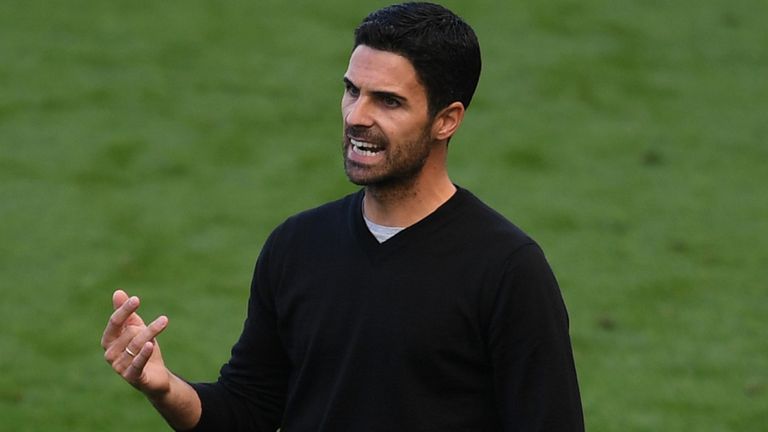 Neal Maupay struck the winner five minutes into stoppage time after Nicolas Pepe's delightful second-half opener had been cancelled out by Lewis Dunk.

The defeat left the Gunners, who lost keeper Leno to injury in the first half, in 10th place with 40 points from 30 games, six behind fifth-placed Manchester United.

The result came three days after Arteta's side suffered a 3-0 rout at Manchester City as the Premier League returned after a three-month hiatus due to the coronavirus health crisis.

The Sun football writer Neil Custis waded into the debate, pointing out the 'soft underbelly' that is holding the club back.

He told Sky Sports: "They are problems created by themselves, when you consider the contract situation with David Luiz being on the bench in the first game back. Why isn't Mesut Ozil ready?

"Aubameyang didn't look interested in that game against City - there's a problem with his contract - and that soft underbelly is proven with the statistics. It's something like 12 times they've been ahead and they've only won six of them.

"They've had 2-0 leads and ended up drawing 2-2 with Watford and Crystal Palace. There's such a soft underbelly and there's a point at all clubs where a leading figure is needed. Liverpool had it with Virgil van Dijk, City had it with Vincent Kompany, someone who can grab hold of a situation and make sure games are won.

"Manchester United have had those players in the past... they're not easy to come by and not all clubs can get these players, but Arsenal don't seem to have a player who can manage a situation on the pitch.

"They have a number of flaky characters and increasingly the Arsenal manager's job looks like becoming a poisoned chalice based on what has gone before."

'Arteta will need time and backing'

David Luiz might have played his last game for the club following his part in the 3-0 defeat at Manchester City.

The Brazilian took the blame in the dressing room after he was at fault for Raheem Sterling's opening goal and then gave away a penalty converted by Kevin De Bruyne early in the second half, with his foul on Riyad Mahrez also producing a red card.

But the centre-back's time at the Emirates has served to highlight the flawed transfer strategy that must be addressed if Arsenal are to return to being a competitive outfit towards the top of the Premier League.

"Arteta has shown that he has got potential but he will need some time," The Times chief sports reporter Martyn Ziegler said.

"He's going to need some new players. They're 10th at the moment and they don't particularly look like mounting a charge for Europe.

"When Klopp took over at Liverpool, he took time to turn that club around and it will be the same for Arteta. He will need some backing, and the club need to look at the transfer policy.

"The Gary Cahill - David Luiz situation is a perfect example where they went for the wrong player. With the wages, they bought Luiz at a much higher cost when they could have signed Cahill for significantly less. He is the sort of player they precisely needed."