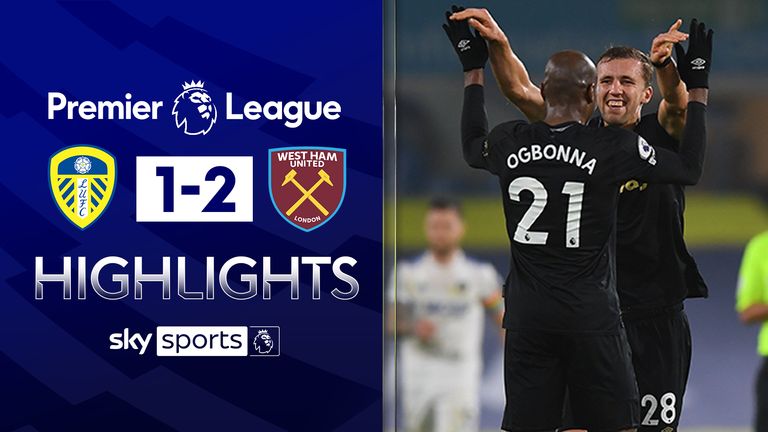 FREE TO WATCH: Highlights from West Ham's win at Leeds in the Premier League

West Ham moved up to fifth in the Premier League table as headed goals from Tomas Soucek and Angelo Ogbonna secured a 2-1 victory at Leeds on Friday Night Football.

Leeds took an early lead as Mateusz Klich (5) scored from the penalty spot at the second time of asking after VAR had ruled Lukasz Fabianski, who brought down Patrick Bamford to give away the spot-kick, to be off his line in saving the initial penalty.

However, the hosts' problems from set pieces continued to haunt them as Soucek brought the Hammers level in the 25th minute, before Ogbonna sealed all three points 10 minutes from time.

7 - Leeds have conceded seven goals from set pieces in the Premier League this season (excl. penalties); the joint-most in the competition, along with Leicester. Unlocked.

How West Ham came from behind to stun Leeds...

Leeds got off to a perfect start, Liam Cooper's pass split West Ham's defence wide open to send Bamford clear and he was brought down by Fabianski.

The Polish goalkeeper thought he'd redeemed himself by saving compatriot Klich's poor effort, but VAR intervened as replays showed him to be off his line, and Klich made no mistake with the retaken penalty to give the hosts the lead.

West Ham responded well to going behind and Sebastien Haller should have done better with a header before turning and shooting straight at Illan Meslier, while, at the other end, Rodrigo missed the target after being picked out by Jack Harrison's cross.

The visitors did find an equaliser in the 25th minute when Jarrod Bowen's corner was met by Soucek at the far post and his header was too strong for Meslier.

Rodrigo then spurned another great chance for Leeds to restore their lead, but after cutting in from the right he fired straight at Fabianski, who made a comfortable save as the sides went in level at the break.

Marcelo Bielsa was clearly not happy with what he saw in the opening 45 minutes and made two changes at the break, Jack Harrison and Gjanni Alioski making way for Helder Costa and Jamie Shackleton.

Shackleton was straight into the action, picking out Bamford, who shot wide on the turn, before Luke Ayling's block ensured Haller's shot looped over, before Meslier tipped a header from the Hammers striker over the crossbar.

Kalvin Phillips then drove a shot wide as Leeds looked to trouble the visitors at the other end, while Fabianski had to make a smart save to keep out Klich's powerful half-volley.

But it was West Ham who finished the stronger of the two sides and looked the most likely to take all three points.

Declan Rice's inch-perfect through ball released Pablo Fornals and the midfielder's shot crept inches wide of the far post. Then Meslier made a stunning one-handed stop to keep out Fabian Balbuena's bullet header from close range.

However, Meslier was left with no chance in the 80th minute as Ogbonna's header, which came from Aaron Cresswell's cross after Costa's sloppy foul, picked out the top corner to seal victory.

Leeds United boss Marcelo Bielsa: "It was a fair defeat, the type of game that doesn't surprise us. We prepared ourselves to face a game of the characteristics it had today and they were superior.

On conceding from set-pieces: "We know about this problem and we're doing everything necessary to try and correct it, it's not sufficient but we have to insist this problem has less influence on our games." 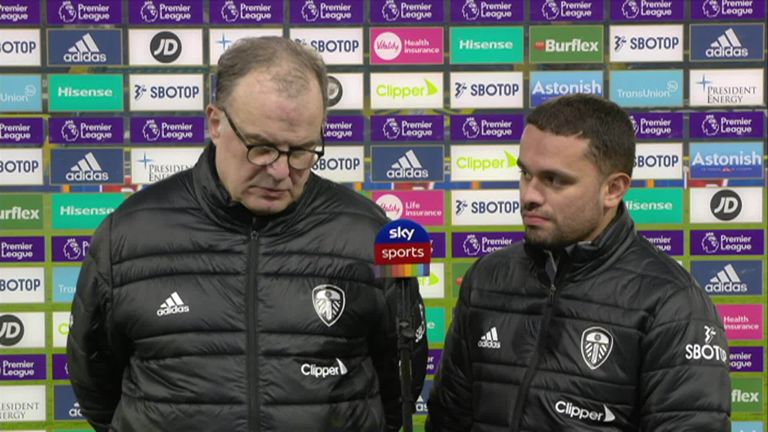 West Ham boss David Moyes: "It's a really good result but we had another setback after 30 seconds. There are some terrible decisions that are happening at the moment. Whoever saw it must have had [Fabianski's foot] x-rayed. The decision was rubbish.

"We had periods where we had big chances. Their young keeper was outstanding tonight and kept them in game. To come to Leeds and get a result is really good." 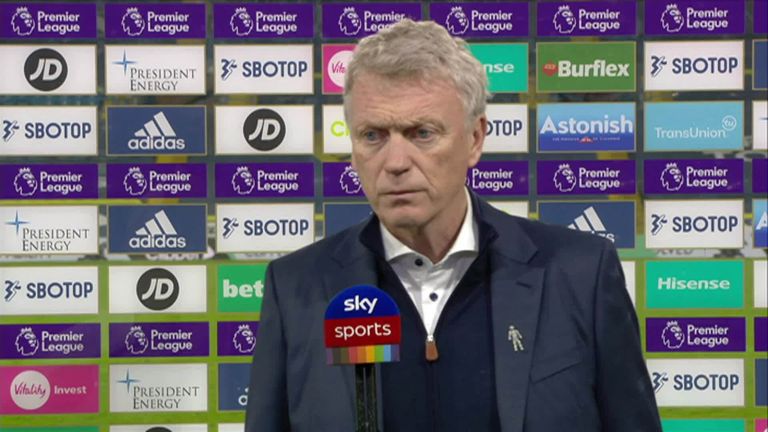 Man of the match - Declan Rice

Sky Sports' Andy Hinchcliffe: "He's been absolutely outstanding. Defensively, as always, so secure, but he also got forward to good effect."

Leeds United are back in action on Wednesday when they host Newcastle at 6pm, as are West Ham, who welcome Crystal Palace for a 8pm kick-off at the London Stadium.

Save over 25% when you buy a NOW TV Sky Sports Pass for just £25 a month. Cancel anytime.