Brighton 3-2 Manchester City: Seagulls come back from 2-0 down to beat Premier League champions

Report and highlights as Graham Potter's men roar back from 2-0 down; Ilkay Gundogan had opened scoring before Joao Cancelo was dismissed; Phil Foden netted a majestic solo effort but goals from Leandro Trossard, Adam Webster and Dan Burn turned the game 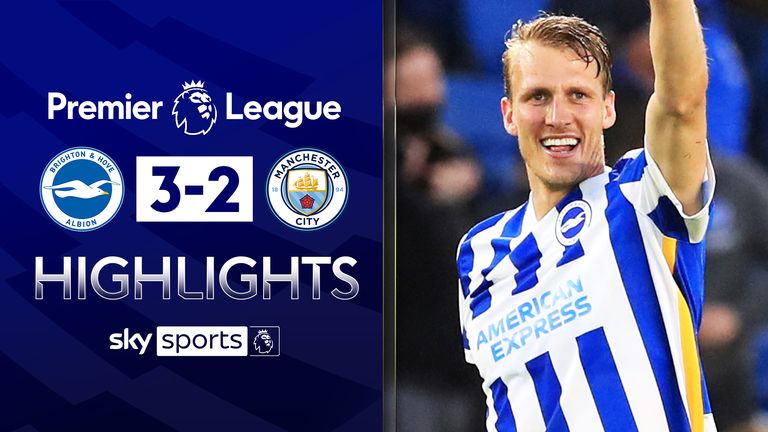 FREE TO WATCH: Highlights from Brighton's win over Manchester City in the Premier League

Brighton came roaring back from 2-0 down to beat 10-man Manchester City 3-2 in front of 8,000 fans at a bouncing Amex Stadium.

Brighton afforded champions City a guard of honour in the pre-match preliminaries but maintained that friendly welcome in the opening stages as Ilkay Gundogan headed the visitors in front (2).

However, the complexion of the game changed when Joao Cancelo was adjudged to have denied Danny Welbeck, who later limped off injured, a clear goalscoring opportunity after failing to deal with a long ball and was given his marching orders.

City were defending their box with great authority and sensationally doubled their lead when Foden scored with a fine run and finish that started inside his own half (48).

But a quick response from Leandro Trossard (50) breathed life back into the contest before Adam Webster rose heroically to head home a Pascal Gross cross to level it up (72).

Roared on by their home fans, Brighton kept up the intensity and sensationally took the lead when Dan Burn scored his first goal for Brighton (76) on his 60th appearance for the club.

How Potter got the better of Pep...

Plenty of the 8,000 supporters in attendance were in their seats two hours before kick-off just to sample the view of being back home but they were given an immediate reminder of why Pep Guardiola's team are champions. Riyad Mahrez turned Burn down the right flank and delivered a fantastic ball that was headed home by Gundogan at the back post.

That early goal failed to deflate the home fans, though, as City were reduced to 10 men just 10 minutes in.

Cancelo misjudged a long ball forward and, in his desperation to atone, brought down Welbeck as the Seagulls forward raced towards goal. VAR had a look at the incident before agreeing with the decision of referee Stuart Attwell to dismiss Cancelo for denying a goal-scoring opportunity.

Guardiola sacrificed the unfortunate Ferran Torres - who scored a hat-trick at Newcastle on Friday - in favour of Eric Garcia.

Albion's attacking threat was reduced by Welbeck limping off with an apparent thigh injury as the possibility of even scoring one goal in the game looked slim up against Ruben Dias and John Stones.

Just like they had done in the first half, City made a rapid start to the second, with Foden stealing the limelight with a fantastic goal.

There appeared to be little danger when the England star collected the ball wide on the left around 15 yards inside his own half. But after a change of pace to take him away from White, Foden found himself charging into the box and found the bottom-right corner with a sublime finish.

Foden cupped his ear to the fans as he wheeled away celebrating but Brighton were back in it with their next attack.

Trossard took advantage of a poor pass by Rodrigo and dribbled his way past Dias in the box before smashing an effort through Ederson.

The momentum was with the hosts now as the champions sunk deeper into their own box. That caused the pressure to build and the game was level moments later.

Webster was the man rising majestically to thump a header home from Gross' pinpoint cross with 18 minutes to go. Despite this being technically a dead rubber, the noise generated around the ground suggested this meant more than that.

Brighton weren't done there, though.

Potter's side kept getting the ball into dangerous areas and Burn found himself on the end of a cross. His initial effort was repelled by Ederson but Burn was on hand to prod home the rebound to send the 8,000 inside the Amex absolutely potty.

The talk of a move away this summer won't be going away judged on this performance. Yes, Brighton had a man advantage for 80 minutes but Bissouma was a driving force in the midfield, pushing City back at every opportunity with a display full of class and that packed a punch. Everything he does, he does with great speed which makes him a very tricky customer to deal with as Rodrigo found out. No player made more tackles (5) or won the ball back for his side (8) over the 90 minutes.

A special mention must go to Foden too for a breath-taking moment of brilliance. One that was a treat to see live.

Brighton boss Graham Potter: "They're the best team in the world and the boys had to stick in and carry on and I am just so pleased for them that they get an evening like this in front of the supporters. 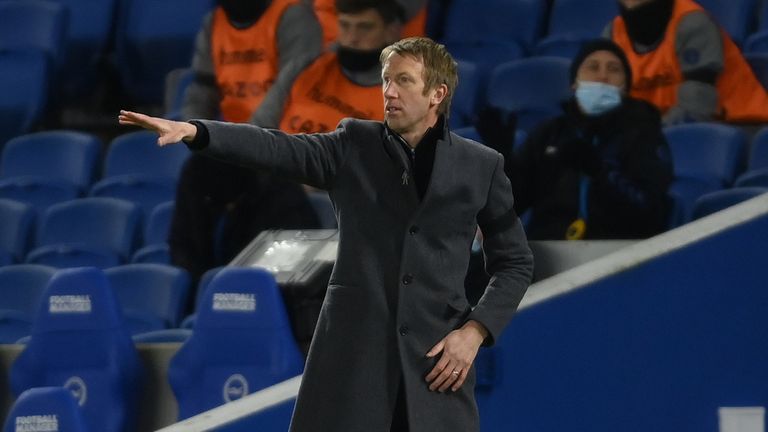 "The most important connection is between the supporters and the players at the football club and I think tonight would have helped that.

"It's been a tough year. I think 'emotional' is a good word to describe the feeling in the stadium.

"I thought the players gave everything, it was incredible. They put in a really top performance and I think the crowd appreciated it."

Man City boss Pep Guardiola: "Eleven against 11 against Brighton is tough, 11 against 10 is difficult so we
have to improve for the final. 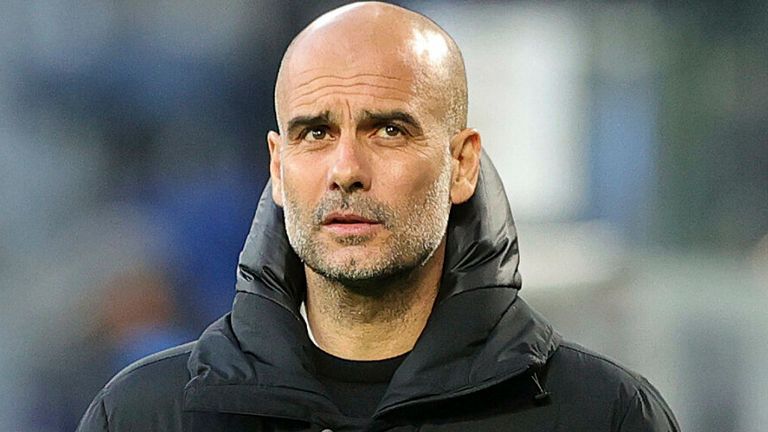 "I am concerned because this is the final of the Champions League, because the opponent is so tough.

"I saw incredible things today in the pitch with 11 against 10 for 80 minutes in the Premier League. We are fortunate to lift the (Premier League) trophy and we did it ourselves. Nobody gave us absolutely anything; nothing.

"That's why I am so proud of the team; it means how difficult is the Premier League again, and now we're going to prepare as best as possible for the final of the Champions League."

Brighton's final game of the season is against Arsenal on Sunday, while Manchester City will celebrate their title with their returning fans as Everton are the visitors. Both games kick-off at 4pm.