As Maurizio Sarri prepares to go head to head with Rafael Benitez when Chelsea face Newcastle on Super Sunday, we recall how he transformed the Spaniard's Napoli side back in 2015...

Maurizio Sarri's Chelsea revolution is one of the biggest talking points of the new Premier League season, but Sunday's meeting with Rafael Benitez and Newcastle is a reminder of the work that got him here in the first place. It was back in 2015, when he succeeded Benitez at Napoli, that Sarri began to establish himself as one of the world's most highly-regarded coaches.

It was no easy task. On the contrary, like Chelsea this summer, Napoli were in something of a rut when he took the reins. Benitez had departed for Real Madrid, and while he had overseen a memorable Coppa Italia success in his first season in charge, he was leaving behind a team whose league position had dropped from second to fifth in two years.

Those were the circumstances Sarri walked into. The former banker only had one season of top-flight managerial experience behind him having taken Empoli into Serie A two years previously, but he soon set about changing Napoli's fortunes. With Chelsea supporters now hoping for the same kind of transformation at Stamford Bridge, we examine how he did it.

Sarri's insistence on signing Jorginho for Chelsea this summer came as little surprise to those who followed his spell at Napoli. The midfielder had been a bit-part player under Benitez - his agent said he would have left the club in the summer of 2015 if the Spaniard had stayed - but Sarri decided to build his team around him right from the start of his tenure.

Just like at Chelsea this season, a change of formation was key. Sarri abandoned Benitez's 4-2-3-1 set-up, replacing it with his favoured 4-3-3. Jorginho was placed in the heart of the midfield, where he was able to dictate the play as Sarri implemented an expansive, passing style.

"Sarri's formation and playing with a midfield three have been fundamental for me," Jorginho said at the time. "Then, there's his mentality and his style of play, which involves the ball always being on the ground, the continuous pressing forward, constantly imposing our game on the opposition. All of this enhanced my characteristics and it's evident that it suits me well. He's a great teacher and I admire his philosophy of the game a lot."

The statistics underlined his influence. Jorginho had more touches and made more passes than any other Serie A player in Sarri's first season in charge, helping him transform Napoli's style of play and climb back up to second in the table. He proved to be similarly influential over the following two campaigns.

Of course, Jorginho was not the only important component of Sarri's midfield masterplan. To his left was the excellent Marek Hamsik, a key figure long before his arrival at the Stadio San Paolo, and to his right was Allan. At £10.3m from Udinese, the Brazilian was Sarri's most expensive recruit that summer. It proved to be money well spent.

Allan played a box-to-box role in Napoli's midfield, bringing graft to complement Jorginho's craft. There were three goals and five assists from him in that first season, but more importantly, there were also 109 successful tackles. Only Atalanta's Marten de Roon made more in Serie A.

Allan's value to the side was not lost on Sarri. "Allan is an important player," he said at the time. "He has great dynamism, excellent ability to intercept and an understated quality. He is a complete player."

Allan's intensity was invaluable alongside Jorginho, but his defensive efforts also helped Sarri tighten Napoli up at the back. With the new set-up in place, Napoli went from conceding 54 Serie A goals in Benitez's final season in charge to just 32 in Sarri's first.

Gonzalo Higuain's performance in Napoli's final game of the 2014/15 season rather summed up his campaign. The Argentine scored twice in the meeting with Lazio, taking him to 29 goals in all competitions, and yet a crucial penalty miss at 2-2 ended up costing his side dearly. In the end, the 4-2 defeat wrecked their Champions League qualification hopes.

Higuain presented new head coach Sarri with two challenges. The first was to keep him at the club amid speculation surrounding his future; the second was to ensure he put the difficult moments of the previous season behind him.

Sarri succeeded on both counts. "Sarri took just a few minutes to convince me to remain at the club," said Higuain in December 2015. By that point, he had scored 16 goals in 18 Napoli appearances, including winners against Juventus, Fiorentina and Inter Milan.

The goals kept flowing in the second half of the season, with Higuain ending the campaign with a Serie A record of 36 goals. He put his improvement down to the man in the dugout.

"You don't have to be too intelligent to understand he had a decisive role in my improvement," he said. "Sarri proved himself to be humble with everyone. He also says what he thinks and for me honesty is the most important thing. You might not like what he says, but he'll only say it to make you do better." 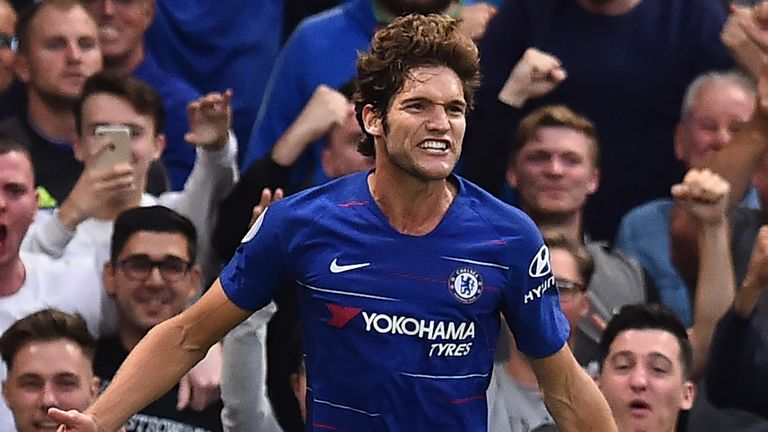 Higuain was not the only Napoli forward who thrived under Sarri. Lorenzo Insigne went from scoring two goals in 20 Serie A appearances in 2014/15 to 12 goals in 37 in 2015/16, and Sarri later converted Dries Mertens into one of the most prolific strikers in Europe. Three years on at Chelsea, Alvaro Morata is already showing the same kind of progress.