It's a huge Super Sunday in the Premier League as West Ham host Manchester United, followed by Liverpool's visit to face Chelsea.

The Soccer Saturday pundits Charlie Nicholas, Phil Thompson and Matt Le Tissier have selected their combined XIs from London, Manchester and Liverpool, with the trio overlapping with several choices - but do you agree with their selections?

Ederson plays like a sweeper and plays it better than anyone else in the world. He has not got great defenders in front of him at the moment but he has proven to be the best. He could be the key to Manchester City finally getting this trophy. He plays like a centre-back.

The full-backs are fairly easy for me and they are both Liverpool players, Trent Alexander-Arnold and Andrew Robertson. You can get at both of these defensively, but there are mistakes in every defender.

It is a real no contest in this department and they are fairly comfortably picked in the combined XI - perhaps the easiest positions to pick. 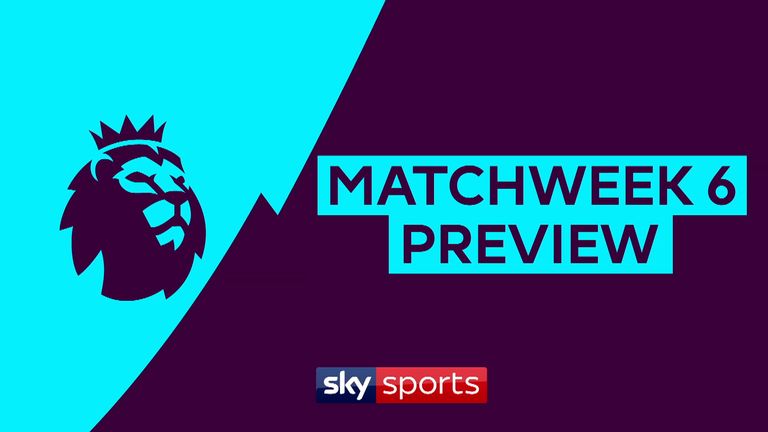 A look at some of the key stats surrounding this weekend's Premier League action, which includes Arsenal's game against Aston Villa and Liverpool's trip to Chelsea

The centre-backs have to be Virgil van Dijk and Aymeric Laporte. Harry Maguire cost £80m and I do see the benefit of having these different players, but he just misses out. Both of these are controlled individuals. I watched Van Dijk at Celtic and he was streets ahead of the rest of the Scottish league.

He is a Rolls Royce, good on the ball and doesn't dive in. You can get at him, but the reason nobody takes him on is because he stays on his feet. Laporte is not as classy as that but he is the most improved defender that I have seen come in over the last 18 months or so.

There are still no Arsenal or Tottenham players in midfield. Kevin De Bruyne and David Silva have to be in it. I do not see anything at Arsenal that jumps into this team. The real player I think should fit into this team is Harry Kane but I will explain why he does not make the cut - nobody else jumps out from Tottenham.

I am wanting to put Raheem Sterling here in order to adapt. I would say, go right and go left because with these two playing alongside him, they can find him. The question is, would these be able to defend? The back four would but maybe because I am an Arsenal fan, I don't really see the defending side as much!

My favourite is Alexandre Lacazette. I always find a way to get him in the team - the reason I cannot this time is because of Roberto Firmino. Lacazette is loved by his team-mates but not always appreciated by his manager.

Jurgen Klopp knows that if Sadio Mane and Mohamed Salah are fit and sharp, they get the benefits of Firmino's intelligence. I am trying to look at combinations here. Lacazette is close.

People will start having a go regarding the omissions of Sergio Aguero and Kane, who are both fantastic as we all know. I am trying to make this system work.

It would be Firmino and it would be Salah. Harry Kane likes to play the number nine, but because Pierre-Emerick Aubameyang can play out wide I would put him in. He wants to get at players and run off the ball.

He is similar to Mane and has a bit more of a presence about him. Harry Kane is a better forward than Salah and Aubameyang, but I love the way Firmino plays as a front three. He just needs runners.

Ederson would be my choice. He and Alisson are on a par. Over the last couple of years, because he has been at Manchester City slightly longer, and been consistent in that period, I would have to say Ederson.

I would then go with Harry Maguire. I have admired him for quite a while and he fits the bill of a top centre-half - he is only going to get better.

Virgil van Dijk would partner him - I have said enough on Van Dijk, I could talk forever! Andrew Robertson was terrific last season and has started off in the same fashion. I cannot think of anyone that comes close to matching him, regarding both consistency and assists.

I would have a holding midfielder and that would be N'Golo Kante. He may have had a few injury problems but you do not get much better than him. Fernandinho is up there with him too. Kante did not really play as a holding midfielder for Chelsea under Maurizio Sarri, but we take it for granted just how good he is in that position - he is the best holding midfielder in the league.

Kevin De Bruyne would play alongside him. De Bruyne, without his injuries, could have been even better than what he has been. He struggled trying to regain his fitness last season, but we have seen how good he has been this year and how much City missed him last season. David Silva would join him too, who has been one of my all-time greats.

I am going with Raheem Sterling, who has been nothing short of sensational. He has been one of the best players in Europe over the last year. On the other flank would be Mohamed Salah. It was between him and Sadio Mane as he was incredible last year too. This is probably the toughest decision.

Pierre-Emerick Aubameyang was a Golden Boot winner last year, and you have Sergio Aguero, who is one of my all-time favourites as a striker.

You also have Harry Kane and Roberto Firmino. Firmino has a lot of different qualities in comparison to what the others possess. Aguero is an out-and-out striker. It is a toss-up between him and Kane, who I think I will go for.

I would start Alisson, I think he has been pretty spectacular since he signed for Liverpool. It would be between him and Ederson.

Trent Alexander-Arnold is my choice of right-back. He gives so much quality going forward and when you get that many assists, it gives you the edge, over Aaron Wan-Bissaka in this case.

Virgil van Dijk is my first choice as centre-back. It does not need too much explanation! He has been the best centre-back in the Premier League over the last two seasons and perhaps in the world.

We are not going to see Aymeric Laporte for a few months but he has been outstanding. You saw just how much Manchester City missed him against Norwich. He has been great since he came in.

Andrew Robertson completes the defence. I think he has been the Premier League's best left-back for a number of seasons. He was a bargain in the transfer market and has been pretty special. 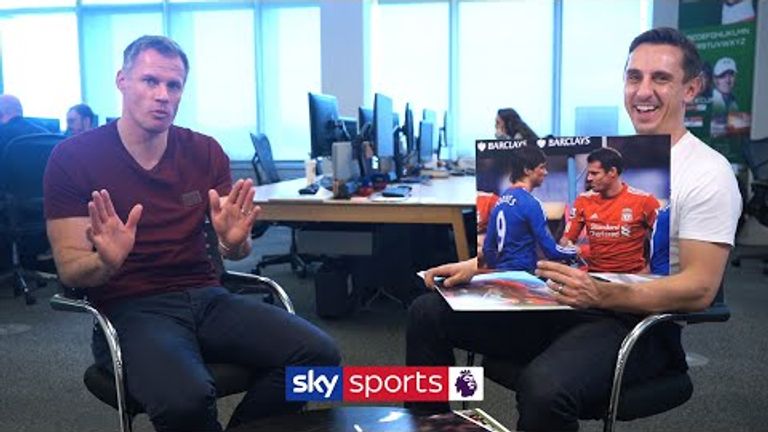 I am going to go with a 4-2-3-1 formation, with Kevin De Bruyne as one of the two in midfield. Alongside him would be Georginio Wijnaldum. He has been consistently very good for a number of years.

Who do you put in these positions? Sadio Mane and Raheem Sterling have to be in there for me, but who do you leave out? I am struggling! I am going to have to leave Mohamed Salah out. I would play Harry Kane as a centre-forward and leave Sergio Aguero out too.

This is a hard game, I don't like it! I would play Roberto Firmino as one of the three behind Harry Kane.