Jose Mourinho reveals Paul Pogba 'truth': I've never been so happy with him 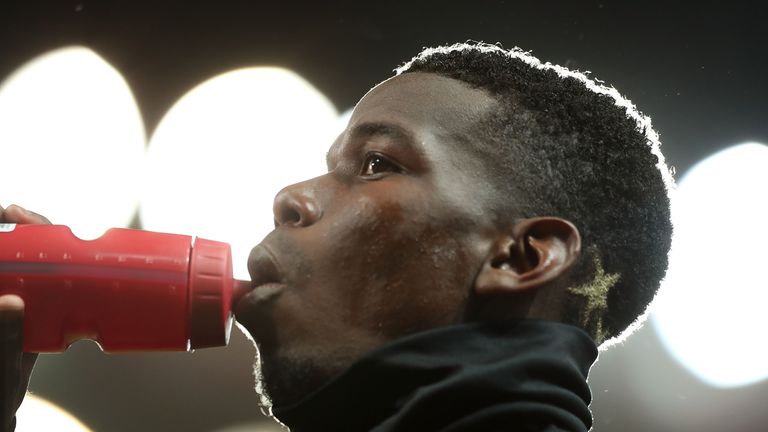 Jose Mourinho has denied ever having a bust-up with Paul Pogba, insisting he has never been so happy with the player as he is now.

The Manchester United manager revealed he "does not care" that Pogba said he "will be fined" if he said what he really wanted, despite captaining the side and scoring in their opening weekend win over Leicester.

Newspaper reports claimed Mourinho had warned the France World Cup winner not to speak out to the media and he should ask for a transfer if he wanted to quit the club.

But Mourinho confirmed Pogba will continue as captain against Brighton on Sunday, live on Sky Sports Premier League, in the absence of Antonio Valencia.

"The truth is we are together for two years and a couple of weeks, I've never been so happy with him as I am now," said Mourinho, who played Pogba for 83 minutes against Leicester just days after the player returned to training with the club.

"I cannot demand more from him, I cannot ask more from him. He came here on a Monday, he trained three days, I asked for his support, contribution in a match where we had difficulties.

"He did it, did it better and for more time than we could expect.

"When he says he did it for the fans and for the team it's exactly what I want."

Jesse Lingard, Nemanja Matic and Antonio Valencia are "fit" after rejoining first-team training but will not be ready to face Brighton, says Mourinho.

It is understood Manchester United rejected an offer for Pogba from Barcelona earlier in August, although the Spanish club have not ruled out returning for the player with their transfer window open until the end of the month.

Mourinho described Pogba as a "monster" following his performance against Leicester.

But the midfielder hinted at an underlying problem at Old Trafford, saying "if you're not happy, you cannot give your best".

Asked to clarify Pogba's comments, Mourinho advised reporters to "ask him", and said the only player fined during his tenure at the club was Anthony Martial.

"I didn't ask him, I'm not going to ask him," he said. "I want him to work the way he's doing, for me that's the only thing that matters.

"I have to say in his defence, write what you want about him, about me, but please don't say lies.

"Please don't put him in a situation where people can think he's not a polite, educated guy, which he is.

"He never had a fight with me, we never had a hard change of words, everything is respected. I have no problems at all."