Roy Keane on his relationship with Sir Alex Ferguson

Keane: "I never felt I was in with Alex Ferguson, or pals because I was captain. This idea of having a cup of tea and a biscuit in the canteen…not for me" 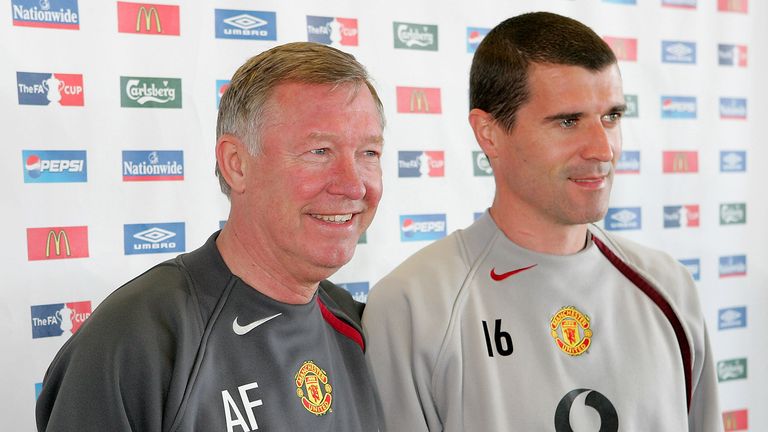 Roy Keane spoke candidly about his relationship with Sir Alex Ferguson on Monday Night Football, as well as his similarities to another formidable manager, Brian Clough.

The former Manchester United captain was in Sky Sports Studios to watch Ole Gunnar Solskjaer's side draw against Arsenal at Old Trafford and revealed what drove his relationship with Ferguson and why it was not the infamous hairdryer but another emotion entirely that brought the best out of him.

I remember when I first went to United and we trained at The Cliff. Some of the senior players would go upstairs and have a cup of tea with Alex Ferguson and some of the other coaching staff. [Bryan] Robson would be up there. [Steve] Bruce and [Gary] Pallister were there. They'd all be having a chit-chat, but I never wanted that relationship with any manager I worked under. I never wanted to have a cup of tea and a bit of chit chat.

So, when I did become the captain, I think our relationship, if I want to analyse it, was we both really loved and wanted to do what was best for Manchester United. There was huge respect between us. Unfortunately, that was probably lost at the end but ultimately, I look back on my time working for Alex Ferguson, and he was a brilliant manager and very good to me.

There's no getting away from that and it doesn't take away from my career at United. Twelve-and-a-half years were fantastic. Yes, these things happened towards the end, but I never felt I was in with Alex Ferguson or because I was captain, we were pals. Never, I always kept pure, kind of professional and this idea of having a cup of tea and a biscuit upstairs in the canteen, not for me.

I never crossed the line in dressing room

Ask any of the senior players, when I was at Nottingham Forest, Stuart Pearce and Des Walker used to organise it. When I first went to Manchester United, Robbo, Brucey and Eric [Cantona] organised stuff. Senior players ultimately run the dressing room. So that role kind of fell on me as I was getting older and I was playing more. Giggsy would be there and Gary Neville and we would be discussing all sorts as senior players and I'm talking trivial stuff like the players' pool, Christmas functions and tickets for matches. 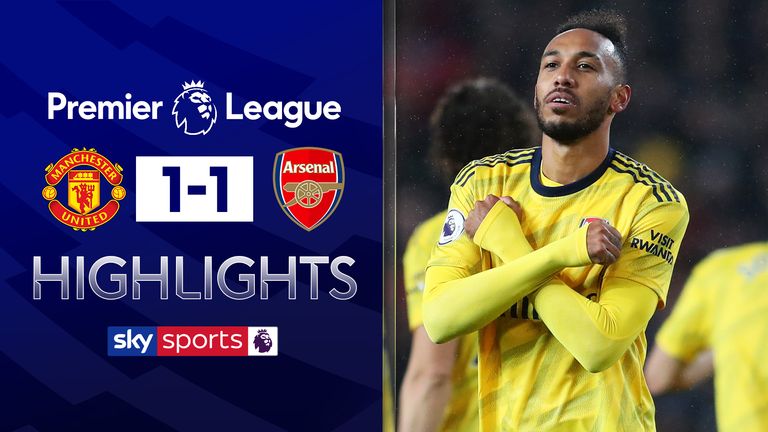 FREE TO WATCH: Highlights from Arsenal's 1-1 draw with Manchester United in the Premier League.

It was all just part of my role, but I still don't think I ever crossed that line with anybody where I felt I was more important than the other players or I would question anything at the club. I was there to try and help people and drive people on. Did I make a few mistakes and get a few calls wrong? Probably, yes, but I also like to think I got a few things right in terms of trying to help players, motivate them and train properly, things you are supposed to do anyway.

Simplicity key with Clough and Fergie

I loved the simple messages Brian Clough gave me. To be fair Alex Ferguson was the same. I don't ever remember having a conversation or being given an instruction by Clough or Ferguson and being confused by them. It was very straight forward about my own game, the way they looked after me, the way they managed me and when you are a young player you don't want too many instructions. I see a lot of managers on the sidelines, there's an obsession with talking and giving instructions. I knew what suited me and that was keep the game simple and be a good team-mate.

Hairdryer treatment not everything

We were playing one game and I was poor. At half-time the disappointment in his face was like a dagger in your heart. I'm letting this man down, I'm letting my club down so it wasn't always about the hairdryer. Again, these stories can grow legs but sometimes a look was enough. That's why I thought Clough and Ferguson in particular, were brilliant.