Watch Newcastle vs Manchester United on Super Sunday from 4pm on Sky Sports Premier League; Kick-off is at 4.30pm 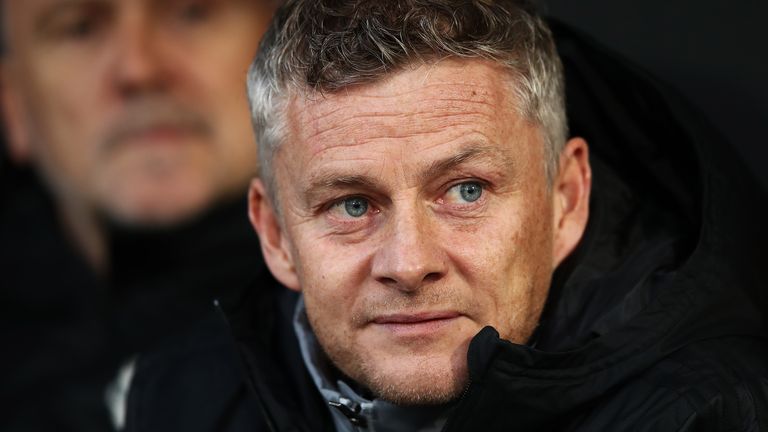 Ole Gunnar Solskjaer takes his side to Newcastle on Sunday, live on Sky Sports, and says a win is 'vital' to changing the mood at Manchester United

Ole Gunnar Solskjaer says it is vital for Manchester United to win at Newcastle in order to change the mood around the club.

Manchester United travel to St James' Park on Sunday, live on Sky Sports Premier League, without a win in seven league games away from home.

Their record of nine points after seven games is also Manchester United's worst tally at this stage of a top-flight campaign since 1989.

Solskjaer stressed the importance of getting a first league victory away from Old Trafford this season and building some momentum ahead of the upcoming international break.

"Of course you don't enjoy not winning games," he told Sky Sports. "You put your heart, life and soul into this job. If you win games you are happier, your mood changes but it doesn't mean your performances have been better - results change mood.

"For us to get a result [at Newcastle] is vital now. I think it will change the mood.

"The boys can go away on their international break and freshen up their heads."

While Solskjaer hopes to change the mood among his squad, the Manchester United manager praised the fans for their continued support amid their recent poor form.

"The fans are great I have to say. It's easy to be positive when I see them, they have been very positive with me. They see what you are doing and they keep going.

"We want to pay them back for their loyalty and support by getting better results and better performances. I can assure them we are working hard to do so."

'Injuries not down to overworking players'

"You have to be fit in modern football and we haven't worked them too hard, no," Solskjaer said.

"The work has been great. I trust my staff, the sports science, the physios and the coaches - they're great, absolutely spot on.

"If you see the work behind the scenes, if you were in my shoes, you'd say 'there are things happening that are going the right way'.

"The injuries we have had are frustrating of course but they are part and parcel of being a footballer."

'I was happy to let Lukaku go; replacement was close'

"I can say [I am a striker short], but that was the decision that I made and I made it happily," he added.

"When you have players, [they may have] great potential, but Romelu's head was not here for us working forward as a group.

"I don't want to speak too much about other players. I have got lots of respects for Romelu but his time was up here.

"We are very happy with the recruitment we did. Towards the end the right one we just didn't get him over the line.

"You'd rather bite the bullet and wait because you don't want to spend big amounts of money on something that you are not sure of."