Rashford's goal at Manchester City in Saturday's 2-1 derby win was his 16th in 27 games for club and country this season - one less than he scored in the entirety of the previous campaign.

The United forward has found form playing off the left flank under Solskjaer this campaign, the same position Ronaldo played at Old Trafford before winning the Ballon d'Or and sealing an £80m move to Real Madrid.

Solskjaer said: "It's very easy to compare the two of them, yes.

"Both with skills, body shape, attitude, attributes - everything. The boy has every chance in the world to become a top, top player. Let's hope he continues like this." 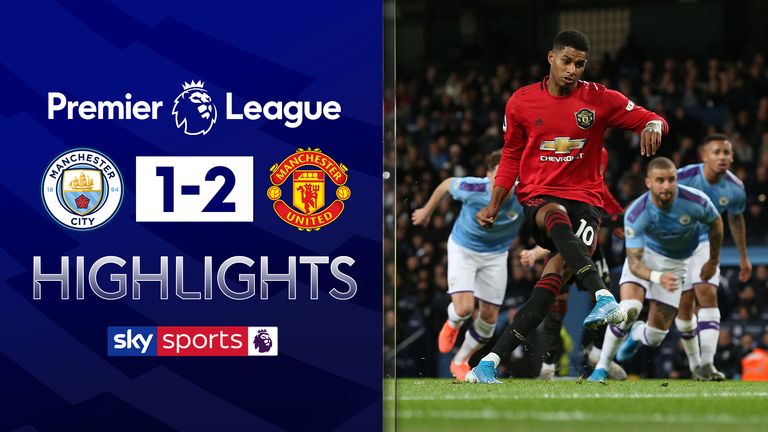 It is not the first time Solskjaer has made the comparison this season. The Norwegian said Rashford's 30-yard free-kick against Chelsea in the Carabao Cup was "Cristiano Ronaldo-esque".

Rashford is into double figures in the Premier League this season, something he has only achieved once in his career so far.

Solskjaer has stressed that there is added pressure on Rashford to produce more goals this season following the sale of Romelu Lukaku to Inter Milan in the summer.

But the United boss refuses to set targets for the England international.

"I don't want to talk about the amount of goals," he said.

"As long as he keeps being positive and being direct and thinking about getting in front of the goal and getting chances, he'll score goals."