Watch Marcus Rashford's stunning free kick against Chelsea in Carabao Cup from all the best angles.

Rashford crashed in an unstoppable drive from 30 yards to secure a 2-1 win at Chelsea and a place in the last eight.

Chelsea had hauled themselves level through Michy Batshuayi after Rashford opened the scoring from the penalty spot, but it was the England international's stunning free-kick that proved decisive, ending Chelsea's seven-match winning streak and making it three wins on the bounce for United. They will host Colchester United in the quarter-finals.

Solskjaer admitted the pace and dip of the strike reminded him of the technique perfected by former Old Trafford star, Cristiano Ronaldo.

"It's very Cristiano-like, isn't it?" Solskjaer said to MUTV.

"The boy has got nerves of steel, takes a penalty, no problem. Steps up and hits the ball like he does and wins us the game - fantastic."

"Marcus has that strike in him," the United boss told Sky Sports. "I've seen him in training so many times.

"When you give young lads the experience, like Brandon Williams got tonight - and the kid was outstanding - it's only going to help them.

"We know we're not the finished product, we're a work in progress and keep trying to improve. We were excellent, with fast flowing football. That's Manchester United. We're trying to get back to that." 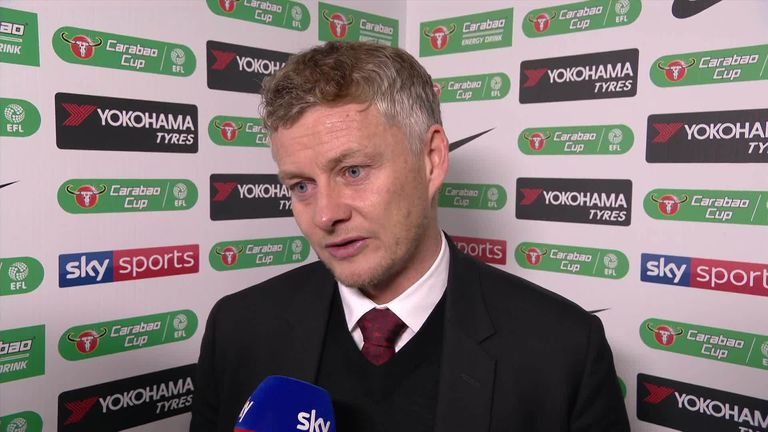 Lampard rues ' bolt out of the blue'

Rashford lifted his 73rd-minute shot over the Blues wall and underneath Willy Cabellero's crossbar, before sliding on his knees in celebration in front of a delirious away end.

But Chelsea boss Frank Lampard could only salute the spectacular match-winning moment.

"It was special, a bolt out of the blue," Lampard said.

"It's great technique. It was a stunning strike from him, at a time when I felt we were really in the ascendancy." 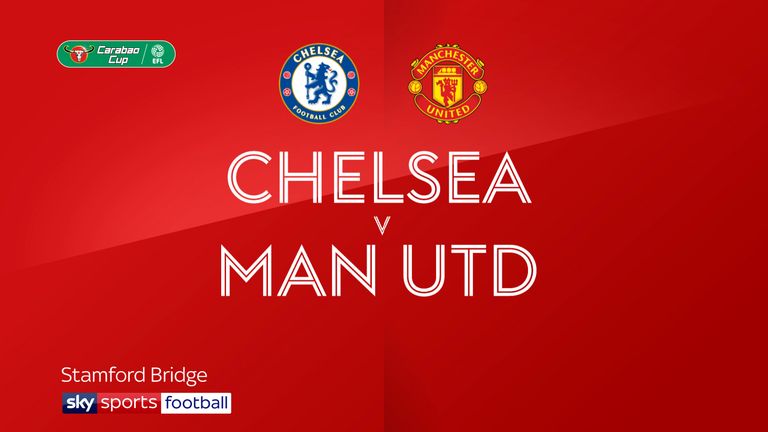 'Thankfully it went in the top corner'

Rashford admitted that getting a feel for the ball in training had given him confidence.

"To be honest, it was the balls," he told Sky Sports when asked about the strike. "When we were training with them and we were shooting there was this up-and-down motion and they can go anywhere.

"Thankfully, it went in the top corner. It is a positive day.

"We have been in a tough place. We are still getting through that phase and the only way to do it is to fight your way through it. The main focus for us is just improvement and development because we are definitely going places. We have done a lot of good work.

"The start of the season wasn't exactly what we expected but we have got to get through it and get back to winning games."

James Redknapp gave his analysis of the free-kick following the game, pointing out what had changed in the technique over the years and also comparing Rashford to Ronaldo.

He told Sky Sports: "It was that moment. You look at the greats in different sports, like Roger Federer in tennis, they make it look effortless and as he strikes, it looks so easy, like he's just trying to clip the ball into the box.

"As it hits the net, it seems like it's going faster and the way that free-kick taking has evolved over the years, you used to have to put the movement on the ball. But these days, with the technique and the way they run onto it, you almost get that knuckleball effect - it's changed so much.

"Drogba and Ronaldo used to do it and it's not so much the players who have changed but the ball, you're trying to make it wobble, whereas when I played, you wanted to try and make it curve but you had to make it do it yourself. Now, this Mitre ball is just perfect for players."