Gary Neville and Jamie Carragher discussed Morrison's unfulfilled potential on The Football Show; 'I remember Sir Alex Ferguson saying that this was the biggest talent he'd seen at the club since Ryan Giggs' 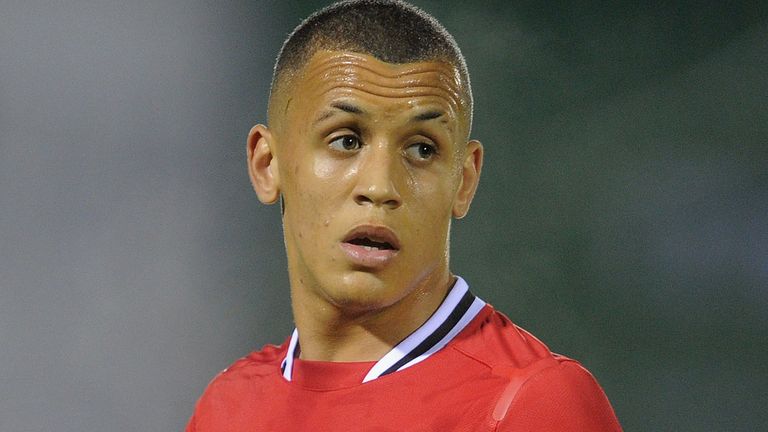 Former Manchester United youth prospect Ravel Morrison has admitted Wayne Rooney and Rio Ferdinand's comments suggesting he has wasted his potential made him "a bit upset".

Rooney said Morrison was better than Paul Pogba "by a country mile" when they were coming through the ranks together at Old Trafford, with Sir Alex Ferguson describing him as "the best kid you'll ever see", according to Ferdinand.

Morrison, who made just three first-team appearances for Manchester United, is currently on loan at Middlesbrough from Sheffield United.

The 27-year-old has also represented sides such as Lazio, Ostersunds, West Ham and QPR but has never made more than 30 appearances for a single club during his career.

"Obviously they're amazing comments especially from the player [Rooney] is; he's probably one of the best ever to come out of England, if not the best," Morrison told TalkSPORT when asked about the former United duo's claim.

"I knew I had ability, but I didn't realise and understand these players' thoughts at the time.

"If I could sit down and go back through my life they'd be a lot of things I would change.

"It was an every day thing for me when I was young, growing up at United, it was a nice environment to go into everyday with world-class players, it was enjoyable.

"And I know it's poor, but because I was there from the under-9s I would skip training some days. I would wake up and I would just skip it, I don't know why."

Jamie Carragher, speaking on The Football Show, said Morrison's story was familiar in football and emphasised the mental aspect of success as a footballer.

"I think it would be difficult now for him to go further. This 'promise' is not something that's gone away in the last couple of years, it was about seven or eight years ago. It's not new in football, someone not fulfilling their potential.

"There's a big difference between a great talent and a great player. The mental side - on and off the pitch - is a massive part of becoming a player and a top player. It's a story, sadly, we've heard before and we'll hear in the future."

Neville: My hope now for Ravel

Gary Neville recalled striking words of praise for Morrison from Ferguson and while he believes a player who he describes as "really, really special" should have reached greater heights, he feels challenges off the pitch proved pivotal to the course of his career.

"When Ravel was 13, I remember Sir Alex Ferguson saying that this was the biggest talent he'd seen at the club since Ryan Giggs. That is an enormous statement from someone like Sir Alex Ferguson.

"I used to commentate for MUTV on the youth games - including that year where they won the youth cup, Paul Pogba, Jesse Lingard, Ravel Morrison... Ravel was special, really special.

"I've kept in touch with him - I've always had a soft spot for him. I don't think it was down to his attitude or lack of work-rate. I think there were some significant complexities and challenges in his life that anyone would find difficult to deal with.

"He's not quite achieved what he should have achieved but the bit I do hope for - I don't think he'll get to the top or play for England like he should have done but I would hope he can have a stable life and a stable football career."