Ole Gunnar Solskjaer: "It looks like there's a narrative. It looks like people want to influence whoever is making the decisions"

Speaking at his pre-match press conference on Friday, Lampard clamed United have "got a few in their favour" in recent weeks and instructed his players to "not dive in" at Wembley.

Solskjaer has denied his side have received fortunate decisions from VAR and believes rivals are attempting to put pressure on match officials.

"It looks like there's a narrative. It looks like people want to influence whoever is making the decisions," said Solskjaer, who also hit back at Tottenham head coach Jose Mourinho's claim United have been "lucky" in the race for the top four.

"I hear people talking about luck, that we've been lucky more than unlucky.

"If you look at the factual decisions - and I don't want to sound like a certain manager talking about facts - but if you're offside, you're offside - that is clear.

"Talking about luck… the penalty that we got against Tottenham in the last minute that was taken away from us, the might have been two points for us. 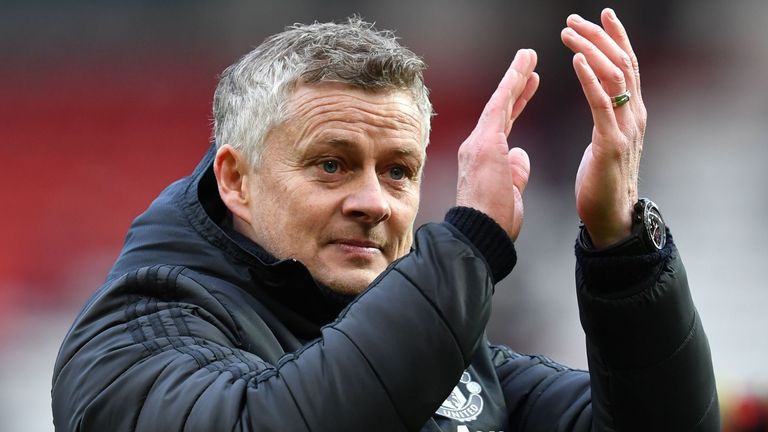 "Talking about the red card that [Oriol] Romeu should have had against us when he got Mason Greenwood almost crippled, that should have been a red card. Maybe that would have helped us.

"Talking about Mark Noble when he should have been sent off against us when we lost to West Ham.

"Talking about the actual decision that is made, that is against Manchester United but is overturned and corrected. So it is actually me that should be complaining that we get decisions against us on the pitch by the onfield referee.

"There is a narrative there but we just have to focus on our games and let other people talk."

Solskjaer insists he has full faith in the match officials for the FA Cup semi-final, as United look to beat Chelsea for the fourth time this season.

"I'm pretty relaxed about this," he added.

"Referees are going to be making objective decisions. They're not going to be influenced by any emotion anyway, I don't think they'll read it."

Shaw doubtful but Williams set to be fit

Solskjaer confirmed Luke Shaw is likely to miss the semi-final but fellow left-back Brandon Williams is expected to be fit for the trip to Wembley.

Both full-backs were forced off with injuries against Southampton on Monday and missed the win at Crystal Palace three days later. Shaw suffered a swollen ankle while Williams had a head injury.

Solskjaer said: "I don't think Luke is going to make it. Brandon will hopefully train today and be available."

Solskjaer did not offer Sergio Romero any guarantees that he will retain his place as United's cup goalkeeper, while Jesse Lingard could also be involved.

"The team is not selected yet. Jesse and Sergio both have a good chance of being involved," added Solskjaer.

"Jesse is a part of the club. He has worked really hard and he deserves his chance to come back in. We know his qualities. He has different qualities to other players and he knows we value him."