Solskjaer on Cavani: "He's been very meticulous and very methodical in his training and his preparation"; Man Utd vs Chelsea is live on Sky Sports Premier League from 5pm on Saturday (kick-off 5.30pm)

Cavani joined United on a free transfer on Deadline Day and could make his first appearance for the club against Chelsea in the Premier League on Saturday, live on Sky Sports.

The Uruguayan - who has scored 341 goals in 556 club appearances during his career - had to undergo a two-week quarantine period following his arrival at Old Trafford but has been working on his fitness.

Cavani missed United's impressive away victories against Newcastle in the Premier League and former club Paris Saint-Germain in the Champions League, but United boss Solskjaer believes the 33-year-old could feature this weekend against Frank Lampard's side.

"Of course where he's been away from football for so long, he needed a pre-season," Solskjaer said.

"He's naturally fit and he's been looking after himself. He had two weeks in quarantine but we did provide him with all the facilities - the gym and a treadmill - and he posted (online) a few running sessions that he did.

"There is your foundation. Now when he comes in with us he's getting more football and more training sessions individualised so he feels more ready to train with the team and then play with the team.

"He's been very meticulous and very methodical in his training and his preparation. He didn't feel ready for the PSG game because it was too early for him. He hadn't done enough sharpness work, but he's managed to do that this week and let's see if that means he's ready for the Chelsea game - I'm hopeful." 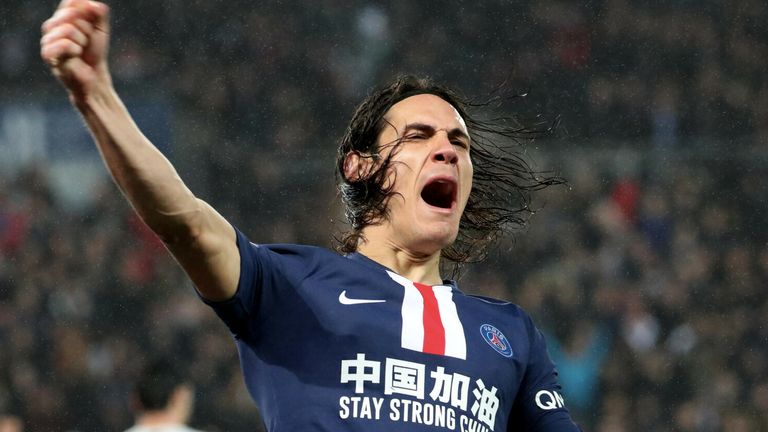 Ole: We believe in Tuanzebe

Although Cavani missed United's midweek win in Paris, one player who was available for Solskjaer was defender Axel Tuanzebe.

The 22-year-old made a brilliant return to first-team action despite the game being his first senior appearance in over 300 days, and Solskjaer now hopes the centre-back can stay clear of injuries.

"We've always known that Axel is a very good centre-back and if he keeps fit and he stays fit, he'll play a lot of games for us because he's got all the attributes a centre-back at Manchester United needs," Solskjaer said.

"He can play right-back and he can play centre-midfield, he even played left-back last season against Arsenal.

"For me know we need to keep him injury-free and keep him consistently out there on the training ground, because he's missed too much football early on in his career.

"We knew around about this time he'd be fit and he's worked really hard. We believe in the kid, that's for sure. He's proven that in glimpses, now it's about being consistent."

'Greenwood must stay out of spotlight'

Solskjaer once again came to the defence of teenager Mason Greenwood after reports his behaviour was causing concern at the club.

Solskjaer feels Greenwood has been unfairly treated by the media after the 19-year-old broke coronavirus protocols while away with England in Iceland, but says the forward has to learn to keep himself out of the spotlight. "I think Mason learned a harsh lesson this summer and I think it's just the reality of when you do well at Manchester United you'll be under the spotlight, whether it's for good or bad reasons," he said.

"The more bad decisions you make the more likely you are to be followed. When you do play well, you just keep yourself out of the limelight in that respect.

"He's never been an issue here in training. He's trained really well, I really enjoy seeing him develop and hopefully he's shaken off his illness and will be ready for this weekend."

Have Solskjaer and Lampard progressed?

A lot has happened since the corresponding fixture on the opening weekend of last season. From coronavirus to cup finals, major signings to minor crises, winning runs to woeful defeats, this has been an extraordinary time in the world of football for Manchester United and Chelsea - and beyond.

But 14 months on from Frank Lampard's harsh introduction to life as a Premier League manager with a 4-0 defeat against Manchester United, not much has really changed for the Chelsea boss or his Old Trafford counterpart. The same issues still need to be addressed.

Lampard's side had more possession that afternoon and more shots. But their efforts were undermined by individual errors. United might have been outpassed in open play but Ole Gunnar Solskjaer's side were ruthless on the counter-attack. They picked Chelsea off.