Man Utd come from behind to beat Everton 3-1 and avoid their worst start to a Premier League season; Harry Maguire: "People don't want us to do well. Why? Probably because of the success we've had in the past." 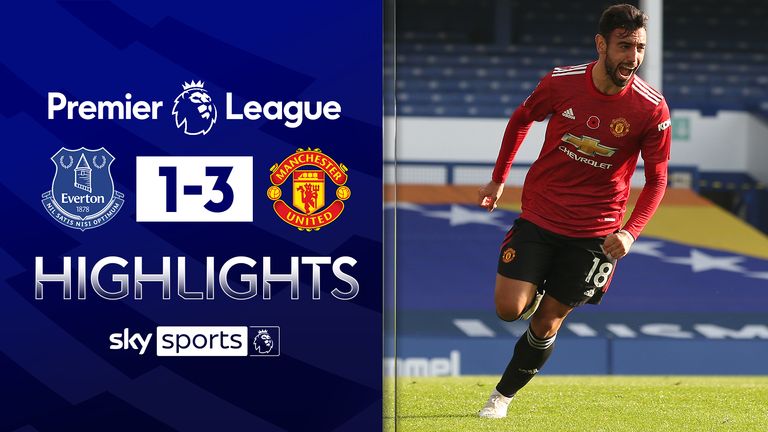 Manchester United captain Harry Maguire believes criticism which is often so quickly levelled at the club is rooted in jealousy.

Some of the pressure which was building on Ole Gunnar Solskjaer after two defeats in four days - including the Champions League embarrassment against Istanbul Basaksehir - was lifted with a 3-1 win at Everton.

Victory avoided the ignominy of United's worst start to a league season since 1989-90 and gave their manager some breathing space after coming under increasing scrutiny but three wins in seven league matches still leaves the club in the bottom half of the table.

Maguire admits it is sometimes difficult to ignore the criticism but felt the performance at Goodison Park gave them something to build on after the international break.

"At this club one thing I've noticed in my time here - I've been here a year and a half - is we are the most talked-about club in the world," he said.

"Why? Because we are the biggest club in the world. People don't want us to do well. Why? Probably because of the success we've had in the past.

"We have to live up to that, we have to react to it and don't let the negatives get into our bubble inside the training ground. Sometimes it is difficult for the lads." 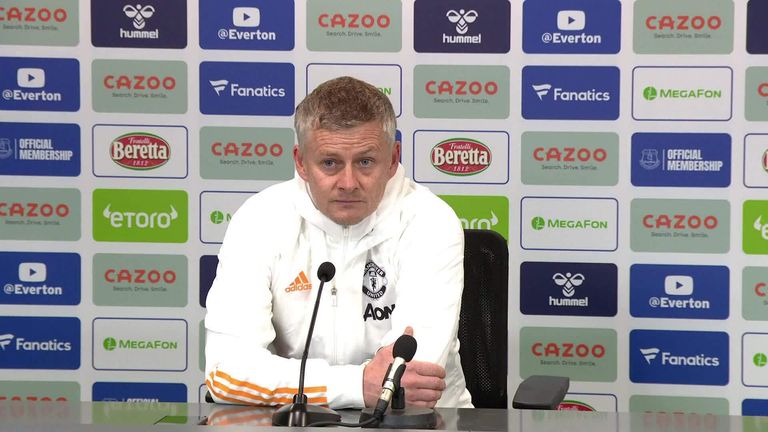 Speaking after the match in a video posted on Manchester United's Twitter feed the England international added: "We reacted well to two poor results. We felt we were on the right track after Leipzig (a 5-0 win) and we let ourselves down against Arsenal (last Sunday).

"It wasn't good enough as a performance. In the week again we gave them a soft goal and found it too hard to create chances to come back.

"We knew this was an important game to get three points. We reacted well but it is only a start." 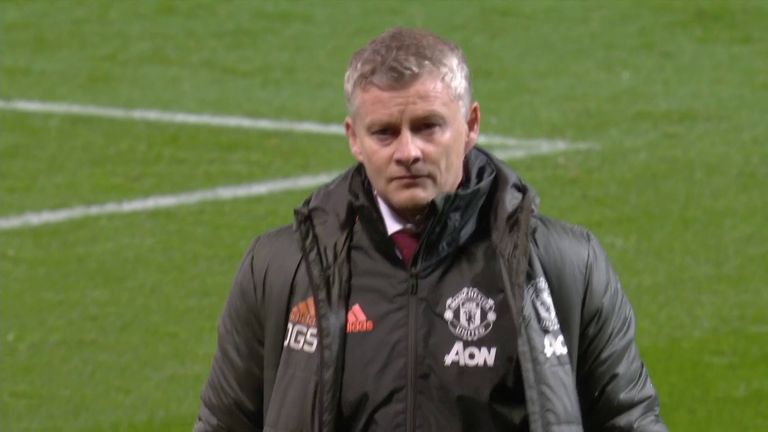 Maguire is one of the players who has found himself on the end of criticism having so far failed to live up to his status as the world's most expensive defender following his £85m move from Leicester in the summer of 2019.

However, he was praised by Solskjaer for his performance in the win at Everton, which was achieved thanks to two goals from Bruno Fernandes who, in contrast, has had no problems in excelling since his January arrival from Sporting Lisbon.

"I thought Harry's performance was top against - for me - one of the best in the world at aerial play, (Dominic) Calvert-Lewin, with his timing in the air, his jump, his spring and his athleticism," said the United boss.

"And I thought we as a backline defended really well against him. Very pleased with Harry and the rest of them back there."

Solskjaer: We were set up to fail at Goodison

Ole Gunnar Solskjaer heavily criticised the Premier League's scheduling after his side's 3-1 win at Everton on Saturday lunchtime, claiming his side "were set up to fail".

United travelled to Istanbul Basaksehir for a Champions League group stage clash on Wednesday - a game they lost 2-1 - before having to face a refreshed Everton at Goodison Park in the weekend's early kick-off.

And despite his team coming from behind to claim all three points, the Norwegian still hit out at what he called the "absolute joke" schedule his players were faced with after Luke Shaw (hamstring), Victor Lindelof (back) and Marcus Rashford (shoulder) all picked up injuries.

"How can you expect players to perform to the best of their ability when you send them out at 12.30pm? Absolute joke," said Solskjaer.

"A month ago we tried to move this game. What sense is there for us to play on a Saturday when we could play on the Sunday and there is an international break afterwards?"