Man Utd boss Ole Gunnar Solskjaer says he is in regular dialogue with club over future plans as he aims to deliver success at Old Trafford; Watch Southampton vs Manchester United on Super Sunday; Kick-off 2pm

Ole Gunnar Solskjaer insists Manchester United are "going places" under his management and his priority is leading the club to long-term success, rather than proving a point over his future.

The 47-year-old Norwegian, who received backing from the Old Trafford hierarchy amid renewed scrutiny earlier this month, sees his three-year contract expire at the end of next season.

Solskjaer, whose side sit 13th in the Premier League, will aim to extend his side's three-game winning run against high-flying Southampton on Sunday, live on Sky Sports.

"We live in a results business and all I want is for Man United to improve as a team and as a club," Solskjaer said.

"I have very good dialogue with the club all of the time.

"You have to think long-term and short-term - and I would never ever think that this is my chance to prove a point and that it's all about me.

"That's not what it's about here. Every decision I make is for the good of Manchester United.

"For me, it's about results and if we keep improving we have a very good opportunity because this team and this squad is going places."

United secured Champions League qualification on the final day of last season after an upturn in form during the second half of the campaign.

Solskjaer also led the club to three cup semi-finals - all ending in defeat - but believes his squad are getting to grips with the demands of an "unpredictable" campaign.

"Teams that win the league put good runs together, consistent ones. I know this season is more uncertain, but if you look at the last 40 games with this team, we win two draw one, win two lose one. So we are getting consistent.

"Look at the stats since we got the latest transfers and since Bruno came in. 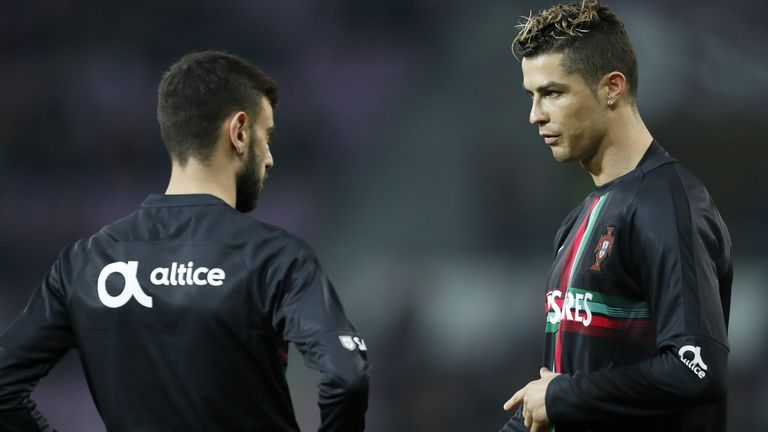 "Since the Burnley game (a 2-0 home defeat in January), only Liverpool have taken more points, so we are getting there. We are getting better and better.

"We did not start the League campaign on a par with everyone else because of Europe and a pre-season we didn't have.

"Now we are showing what we're capable of. If we carry on improving and keep the mindset, I am very sure we will move up.

"This season is very unpredictable and the main thing is to keep right mindset.

"You can forgive any mistake as long as you have the right mindset and approach - and I feel we are getting there."

Bruno Fernandes demands so much of his team-mates and is like the captain on the pitch, Sky Sports News reporter James Cooper told the Pitch to Post Podcast.