Team news, stats and prediction ahead of Southampton vs Man Utd in the Premier League on Sunday, live on Sky Sports (kick-off 2pm).

Southampton forward Danny Ings is back in training following minor knee surgery, but will not be in contention for Sunday's Premier League visit of Manchester United.

Winger Nathan Redmond has been carrying a hamstring problem which saw him miss Monday night's 1-1 draw with Wolves.

Saints boss Ralph Hasenhuttl otherwise reported no fresh injury concerns as his side look to build on an unbeaten run of seven matches.

United expect to be without Paul Pogba and Scott McTominay.

Neither midfielder trained on Friday, though Marcus Rashford, Victor Lindelof and Aaron Wan-Bissaka came through the session and are expected to be available despite being less than 100 per cent.

Phil Jones and Luke Shaw remain sidelined, but Jesse Lingard has resumed training after a period of self-isolation. 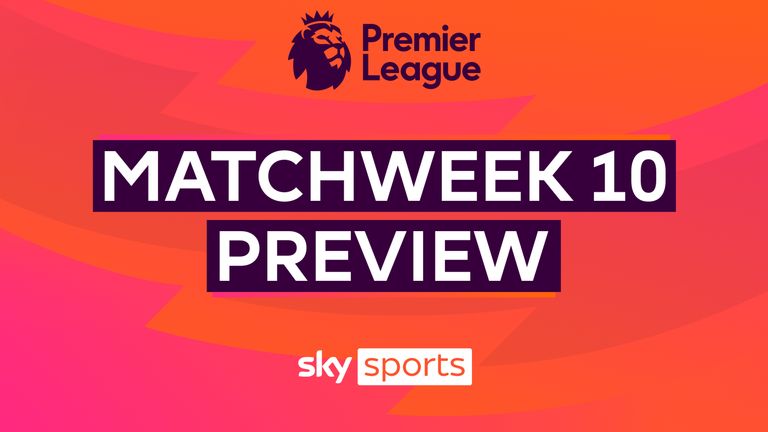 A preview of matchweek 10 from the Premier League as Manchester United travel to Southampton aiming to make history and Chelsea host Tottenham in a London derby.

Southampton vs Manchester United will be broadcast live on Sky Sports Premier League from 1pm and Main Event from 2pm on Sunday; kick-off at 2pm. Sky Sports customers can watch in-game clips in the live match blog on the Sky Sports website and app. Free highlights will also be published on the Sky Sports digital platforms and the Sky Sports Football YouTube channel shortly after the final whistle.

Manchester United are a perfect example of how one major incident can give a skewed perception of the reality.

Memories of Demba Ba charging through an unguarded United defence in comical fashion still linger but an overall view at United's defensive numbers would deem it harsh to define them by that moment of chaotic organisation.

Since shipping six at home to Tottenham, United have officially been the most defensively sound team in the Premier League, conceding the fewest goals (3), facing the joint-fewest amount of shots (34) and producing an 'expected goals against' figure of just 3.14 - the lowest figure of any Premier League side. Ole Gunnar Solskjaer, yet again, has found a solution to a problem and is starting to see the best of Bruno Fernandes in a slightly more advanced role. It makes them a tough team to beat.

Southampton are unbeaten in their last seven Premier League games, taking 17 points from 21 available and have the better manager in the dugout for this encounter. However, Ralph Hasenhuttl can only work with the tools at his disposal and it is difficult to see Theo Walcott remaining an adequate replacement for Danny Ings in the short term. A new club record of eight consecutive away league wins looks on the agenda for United.