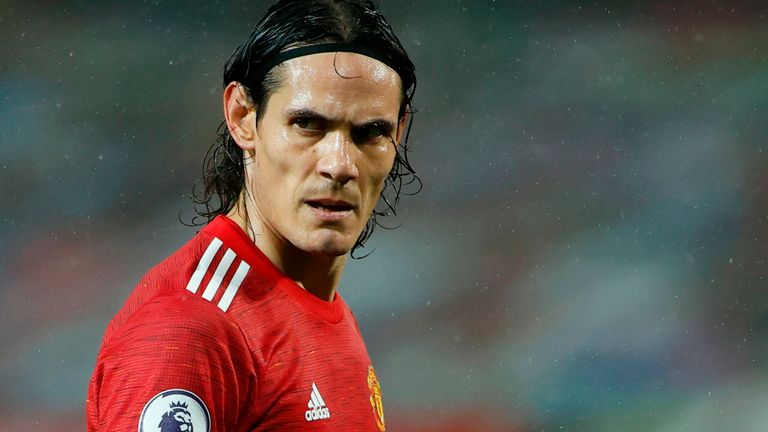 Ole Gunnar Solskjaer has urged Edinson Cavani to put a potential FA investigation to one side and focus on their meeting with his old club Paris Saint-Germain in the Champions League on Wednesday.

The FA is expected to investigate a social media post by the Manchester United striker, which contained a racially offensive term.

Cavani has apologised for any unintentional offence caused by the post, sent from a fan and shared by the striker on Instagram.

Solskjaer reiterated United's view that the Uruguayan had no malicious intent and says the club will support their player during any investigation.

"There was no malicious intent at all, it was just an affectionate greeting to a friend of his.

"He's been asked by the FA to explain, so of course he will cooperate and we'll support him.

"It's one of those unfortunate situations. He's just come into the country and in Uruguay it's used in a different way than we have.

"We want to be in the fight against discrimination with everyone.

"Maybe all players coming from different cultures should be educated and I'm sure Edinson has learned the hard way." 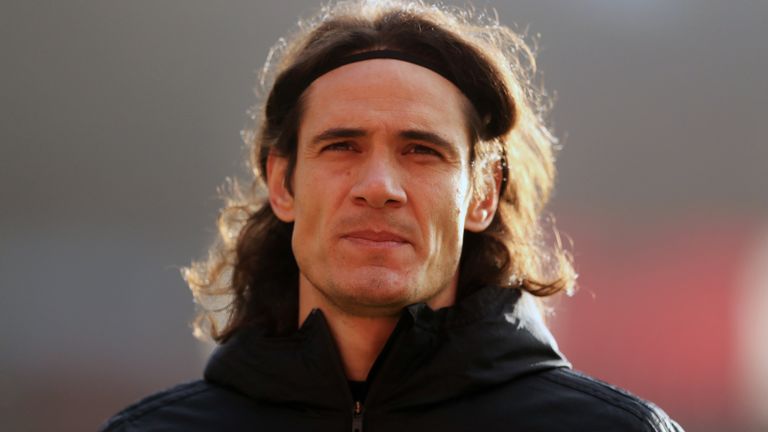 Asked if Cavani has been distracted by the issue, Solskjaer said: "Edinson is ready to play. It's special for him to play against PSG, so that will affect him mentally. From knowing him, I know that will give him energy.

"He's so professional and experienced. He'll work on his mindset today and tomorrow to be ready for the game.

"The same goes with the FA [investigation]. It might affect him but he'll have to put it to one side when the game is on. The best players can put problems or other thoughts away when they have to."

'Cavani's a top pro, but must work on his parking!'

On the pitch, Cavani has already scored three times for his new club since signing on Transfer Deadline Day - including a crucial double from the bench in their 3-2 win over Southampton at St Mary's on Sunday.

The 33-year-old has impressed his manager with his attitude on the training pitch too, although Solskjaer joked that his parking skills may need work.

Asked how he viewed Cavani off the pitch, Solskjaer said: "An absolute top professional. I've not been able to get to know him really closely because of the language barrier but he's so meticulous. Everything he does is with the intention of being the best footballer he can be.

"He's a team player and I've been impressed by his attention to detail. Apart from his parking! He's been parking too close to some of the players and the coaching staff sometimes.

"He's already learned two English words: 'Tomorrow off'. When we win a game he wants a day off."

Solskjaer provided a positive update on the fitness of goalkeeper David de Gea, who had a scan on the knee injury he sustained at Southampton.

The Spaniard re-joined training on Tuesday and is available for selection for Wednesday's match at Old Trafford.

"When the Champions League nights come and the floodlights are on, the players all want to be there," Solskjaer said.

"The training group today was massive. Everyone has held their hand up and is available for selection."