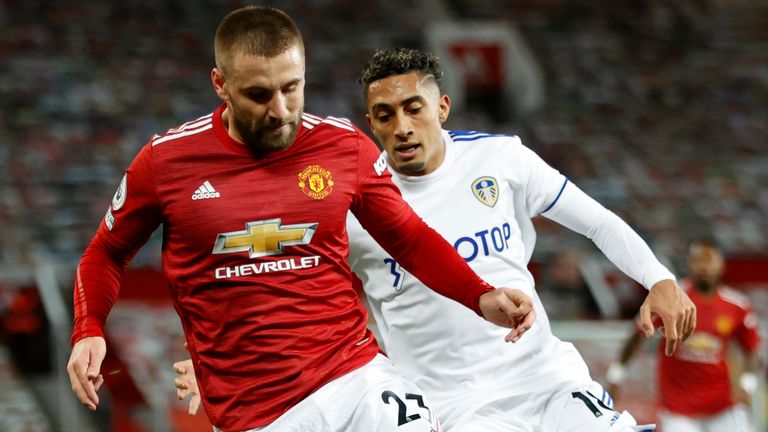 Luke Shaw says it would be "silly" to write off Manchester United's Premier League title chances this season but admits they must be more consistent to mount a serious challenge.

United's 6-2 demolition of Leeds on Sunday put Ole Gunnar Solskjaer's side just a point behind second-placed Leicester - who they face on Boxing Day - and five points adrift of leaders Liverpool with a game in hand on both teams.

Despite an inconsistent start to the campaign, including a disappointing group-stage exit from the Champions League, United are now unbeaten in seven Premier League matches and Shaw believes it would be foolish to dismiss their chances of becoming champions for the first time since 2013 - especially in such an unpredictable season. 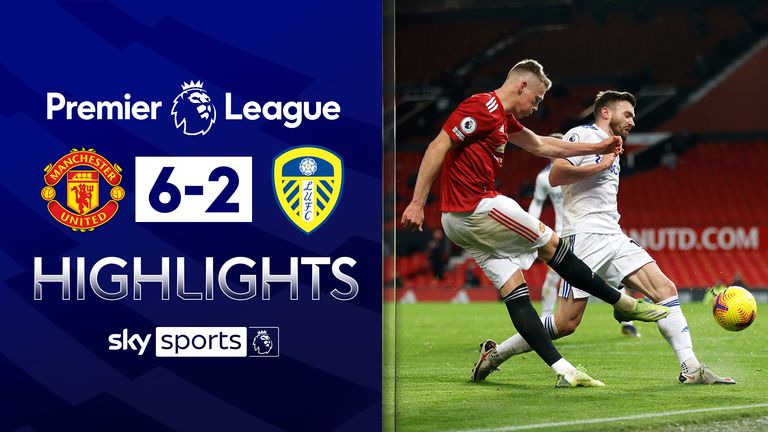 Speaking before the Leeds match, Shaw told Sky Sports: "The way the Premier League is going at the moment, I think it would be silly to doubt us. I think at this moment in time, it's anyone's really.

"The team that takes charge, goes well over the Christmas period, and wins all their games, I think have got a very good chance.

"We just need to try and get consistency in our game, because we can't keep having one good game and dropping off and then having one bad game. There's no way you can mount a title challenge like that so I think we need to keep consistency and see where it takes us. 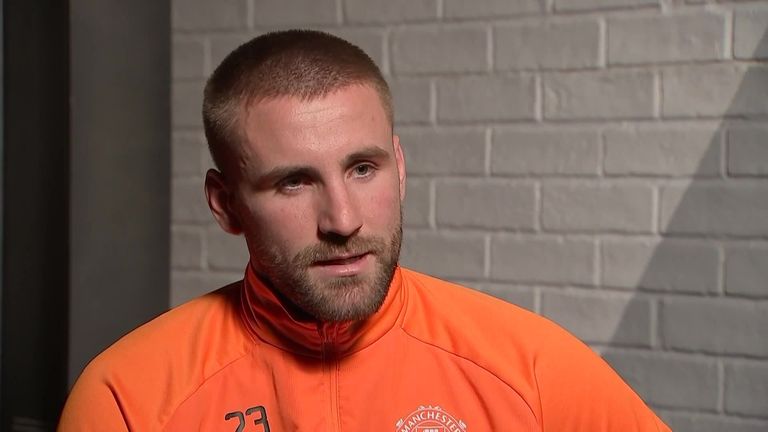 Speaking before Manchester United's win over Leeds, Shaw says more players need to 'step up to the plate' to avoid being solely reliant on Bruno Fernandes

'Old Trafford must be a fortress'

United have won all six of their away games in the Premier League this season, but their performances at home have been a stark contrast.

Solskjaer's team had scored just three goals at Old Trafford before Sunday's victory over Leeds, in what was only their second home win of the season.

"With Old Trafford, we need to make that a stadium where people fear to come again," Shaw said.

"I think teams are maybe not feeling that way anymore, especially with some of the results we've been having and the way we've even played.

"I think we do create chances and sometimes we just lack that final-third ball - that Bruno's normally superb at - but at home we haven't been as sharp and as good. We know we need to improve." 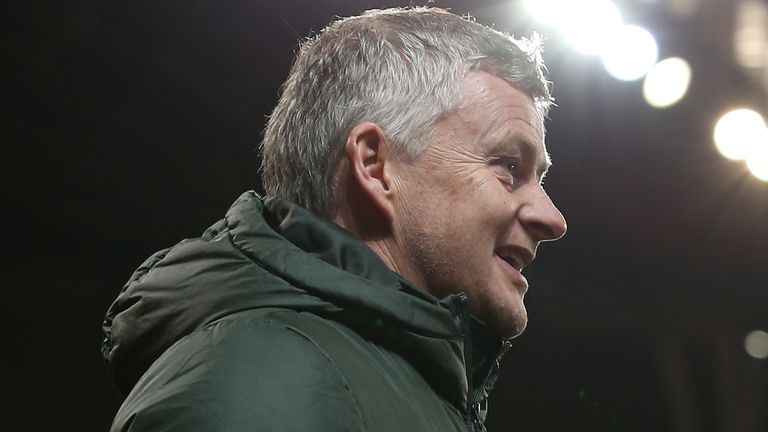 Solskjaer says Manchester United are "desperate" to win trophies this season ahead of Wednesday's Carabao Cup quarter-final against Everton.

"Of course it's something we're aiming for," he said. "We want to improve every season and to improve on last year is to get to the final. When you get to a final, there's only one thing that matters and that's lifting the trophy.

"I remember winning my first trophy and towards the end of my career, I think Patrice Evra and Nemanja Vidic's first trophy was the League Cup in 2006. It does give something to a team.

What if Man Utd actually clicked?

Manchester United have struggled for large chunks this season, but sit five points off Liverpool with a game in hand. How far could they go if they actually clicked?

The 6-2 victory over Leeds on Super Sunday was just their second home win of the campaign, but their superb away form means they are within touching distance of Liverpool at the top of the Premier League.

It's fair to say Ole Gunnar Solskjaer's side have been sub-par for much of the season, and have struggled against sides who set-up in a compact style, particularly at Old Trafford.

Solskjaer has seen Harry Maguire, Paul Pogba, Anthony Martial and Mason Greenwood dip in form, yet their league position tells a different story. So on the latest Pitch to Post podcast, we asked: are they actually underachieving this season?

Nev: Bizarre where Man Utd are in table

Man Utd would have "snapped everybody's hand off" to have the chance to move two points off the top but "have not played" like title challengers, says Gary Neville.

United moved up to third - the first time they have occupied a Champions League-qualifying spot all season - with a 6-2 thrashing of Leeds at Old Trafford on Super Sunday, with a game in hand over second-placed Leicester and leaders Liverpool which could lift them within two points of the top of the table should they win.

"For Manchester United, it was about closing the gap, no one ever thought they would be in a position to go so close," he said on the Gary Neville Podcast. "They're going to go second in the league if they can close that gap. It doesn't feel like Manchester United have played like that.

"There has been talk of the manager's job, going out of Europe was a big problem, the performances at times have been horrible.

"You just watch them and think there isn't a team emerging there who can challenge for the title. My gut feeling is to still say I don't think Manchester United are going to win the league.

"But I am surprised, it's bizarre where they are considering a couple of weeks ago you were thinking this could be difficult, a challenging period coming into Christmas, but it's looking a little bit rosier."