The 33-year-old joined on a one-year deal during October's Transfer Deadline Day, leaving Paris Saint-Germain as a free agent after seven years in the French capital; Club have option to extend for a further year 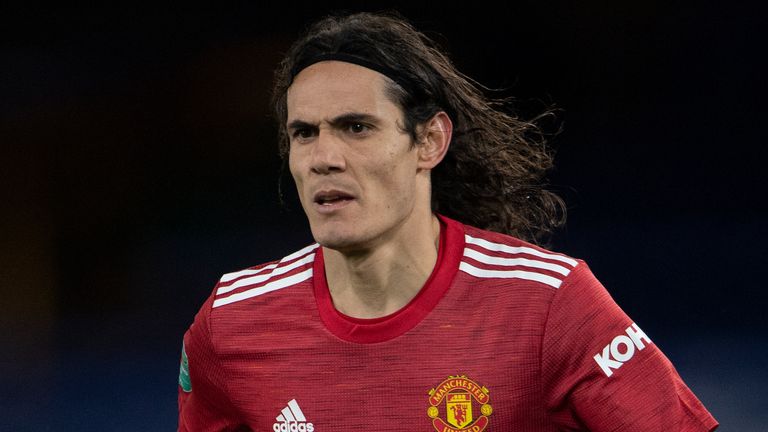 The 33-year-old joined the club on a one-year deal in October, leaving Paris Saint-Germain as a free agent after seven years in the French capital.

Although Cavani has mainly been reduced to cameo roles so far, the latest seeing him come off the bench to set up Bruno Fernandes for United's second goal against Leicester, Solskjaer is in no doubt there is more to come from the forward.

"He's definitely a starter, you don't classify a player of his quality as anything else," Solskjaer said.

"I trust him and that's the thing, we have good competition for places but he'll probably start more games than he won't."

With Cavani's deal including an option to extend his stay for a further season, Solskjaer believes the forward could have an impact not just for the rest of this campaign but beyond as well. 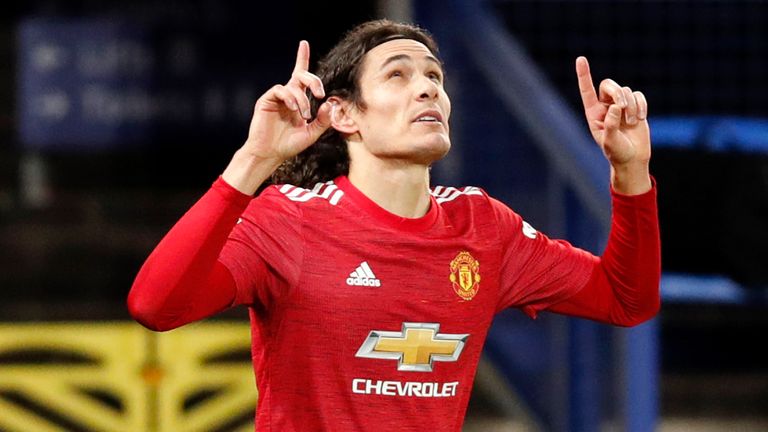 "He's so meticulous, professional, his habits - everything about him shows why he has had the career he has had," Solskjaer added.

"At the moment it looks like he has got a few years left in him - even at the age he is, he is still one of the fittest players we have got.

"I wouldn't say anything else other than he has made a great impact when he has come here and let's just focus on improving everyone."

Could Cavani be first-choice soon?

Edinson Cavani has still started only one Premier League game - Manchester United's 3-1 win away over West Ham when he was hooked at half-time with the team a goal down. But after his latest impact off the bench in the 2-2 draw at Leicester, the case for the Uruguayan striker to be entrusted with a more important role in Ole Gunnar Solskjaer's side is growing.

"He made an impact straight away with a great pass," said Solskjaer afterwards. It came within moments of his introduction as a second-half substitute - toe-poking the ball through to Bruno Fernandes. It would have been the winner but for Axel Tuanzebe's late own goal.

Cavani's contribution was in stark contrast to that of Anthony Martial, whose nine Premier League starts so far this season have yielded just one goal - against Sheffield United. If both are fit, is there a case for going with the more experienced man, the more natural striker?

Solskjaer is prepared to be patient. "Edinson has been away injured for a little while," he explained. "He played a full game, a physically-demanding game for him against Everton on Wednesday night, so we decided to have him on the bench.

"It will just have to be that way with him for a while as he gets used to the English football, and the demands of this season as well, because it is very stop-start with a game every three days. He made a great impact today."

Cavani only signed a one-year contract but, even at the age of 33, there are signs that Manchester United might have a use for his talents beyond the end of this season.

Solskjaer himself has played down the suggestion United are title contenders, insisting "it is not something we talk about", so what does the club's former captain think?