Manchester United are interested in Atalanta's Cristian Romero as they look to sign a new centre-back this summer.

United have made signing a new partner for Harry Maguire a priority this summer and Romero is high on a list of potential options including Lille's Sven Botman and Sevilla defender Jules Kounde.

Romero, 23, is currently on loan at Atalanta from Juventus and has had an excellent season.

Atalanta are expected to pay up to £21.5m (€25m) in their obligation to buy him permanently from Juve - but they are said to be willing to sell him on again for a fee at least in the region of £34m (€40m).

Manager Ole Gunnar Solskjaer is now able to focus on strengthening at centre-back and in midfield after re-signing striker Edinson Cavani for another season.

They are not expected to target another centre-forward - preferring to wait until next summer - despite being linked with big-money deals for Tottenham's Harry Kane and Borussia Dortmund's Erling Haaland.

They do remain keen on Jadon Sancho, however, along with several other clubs, having tried in vain to sign him from Dortmund last summer.

After defeat at home to Leicester handed rivals Manchester City the Premier League title on Tuesday night, Solskjaer stressed the need for United to strengthen the squad to be able to compete with Pep Guardiola next season. 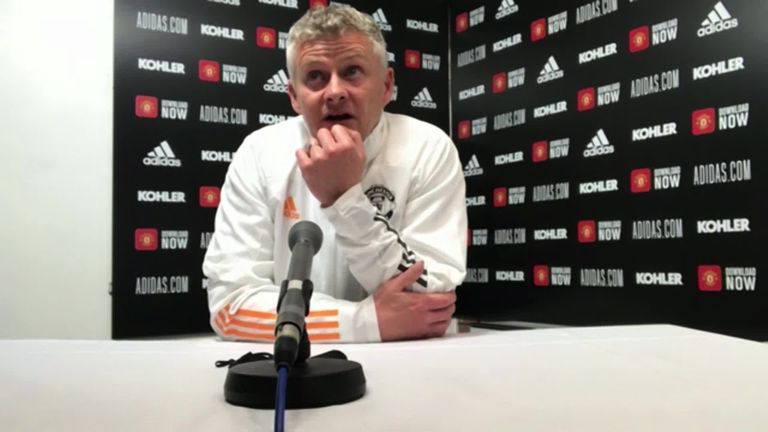 Another more attacking option at right-back to compete with Aaron-Wan Bissaka is also said to be in United's thinking, with Kieran Trippier and Max Aarons both high on the list in this position.

David de Gea's future remains uncertain, meanwhile, with Dean Henderson likely to become the new permanent number one, so United are looking into affordable goalkeeper options to back him up.

Tom Heaton is said to have been offered the chance to return to Old Trafford when his contract expires at Aston Villa, but he wants regular first-team games at his stage in his career