Man Utd have agreed a deal to bring Cristiano Ronaldo back to Old Trafford from Juventus; Portuguese star scored 118 goals in 292 games for the club between 2003 and 2009, winning three Premier League titles and the Champions League

No, it wasn't all a dream, Manchester United have reached an agreement to bring Cristiano Ronaldo back to Old Trafford 12 years after he left the club - and players and supporters alike cannot contain their excitement.

United's recapture of the five-time Ballon d'Or winner has yet to be rubberstamped but the anticipation in the red half of Manchester is palpable ahead of the Portugal international returning to his English footballing home.

Such was the hype surrounding Ronaldo's return that it completely dominated the build-up to, and aftermath of, Sunday's Premier League fixture at Wolves, which United won 1-0 thanks to Mason Greenwood's late strike.

On arrival at Molineux, manager Ole Gunnar Solskjaer welcomed the imminent capture of Ronaldo, telling Sky Sports: "Of course we're excited by the whole story Cristiano has had at Manchester United. Hopefully we can get the paperwork sorted and announce him very soon.

"He is a winner and a great human being. The players are excited, and l am excited to keep adding to this squad. He adds something completely different. It adds more confidence and belief to what we are doing and what we are building.

"We know he is a more experienced player than he was when he was here last time, he has evolved and had an unbelievable career. I'm sure he likes all the talk about 'he's too old'. Make it personal and he will show what he can do."

Ole: Ronaldo will not warm the bench 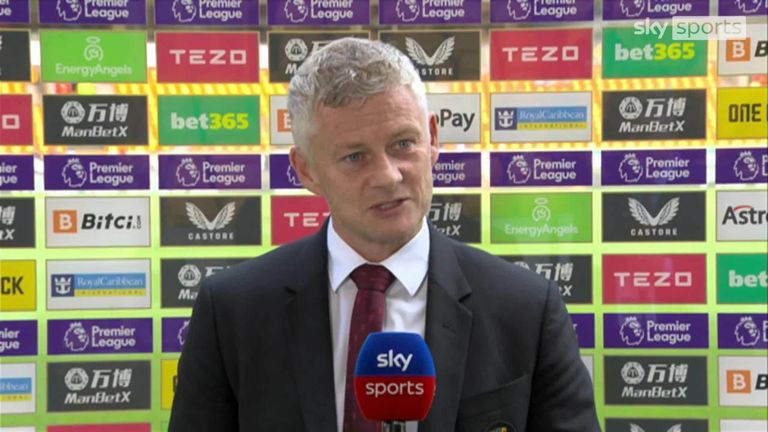 Solskjaer warned his Manchester United forwards that Ronaldo will not be warming the Old Trafford bench, adding: "He is not signing to sit on the bench. He is going to make us a better team.

"We need to get all the paperwork done, hopefully we can get that sorted and we can announce it 100 per cent.

"Then he is away with Portugal, they have three games, his last game is Tuesday (September 7) and then we can get him back to Manchester and involved as soon as possible."

The debate as to where Solskjaer will deploy Ronaldo once he teams up with his squad has rumbled on from the moment an agreement to re-sign him from Juventus was confirmed but, speaking after the win at Wolves, the United boss made it clear where he sees Ronaldo playing.

FREE TO WATCH: Highlights from Manchester United's win over Wolves in the Premier League

"Cristiano has evolved as a player; he used to play wide right, wide left, up front," Solskjaer said. "He's more of a centre forward for me at the moment, but there will be games where we play with two or three up front. I want him in the box, I want him scoring goals."

As for how the sensational transfer came about, Solskjaer refused to be drawn on the role Sir Alex Ferguson and Bruno Fernandes reportedly played in convincing Ronaldo to return to Old Trafford, insisting the player's desire was the most important factor.

"That's football for you, sometimes it happens," Solskjaer explained. "We've always been watching Cristiano, the one day he was going to move we were going to be interested. We never thought he was going to leave Juventus this season. When he did, we had to speak to him, of course.

"Everyone that cares for Manchester United wanted this to happen, everyone played a part, but the biggest thing is that Cristiano wanted to come here."

Pogba: When Ronaldo comes, the level goes up

Midfielder Paul Pogba believes Ronaldo's arrival will increase the level at Manchester United and is relishing benefitting from the experience and quality of a club legend.

"Everybody knows [what he brings]," Pogba told Sky Sports after Sunday's win at Wolves. "He's already a legend at this club and he is coming back.

"Obviously, it's good for us, he's going to bring his experience and quality. When he comes, the level goes up.

"We're really pleased he's coming, and the most important thing today was the win so that when he comes we keep this winning mentality and keep going." 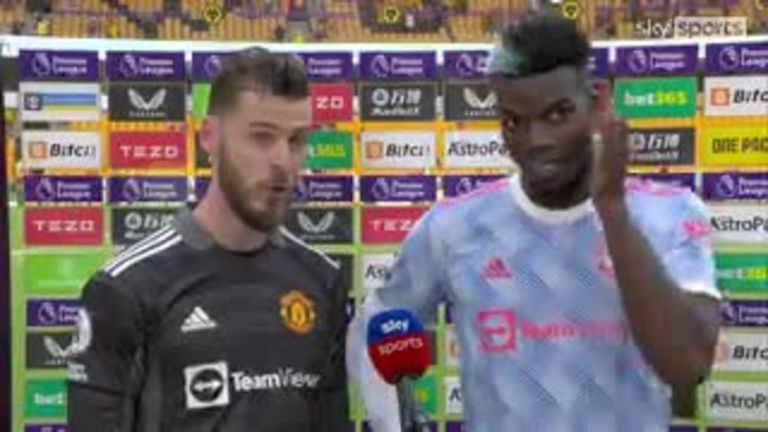 United's man of the match at Wolves, goalkeeper David de Gea, says Ronaldo's return is a dream for both the players and fans and the signing has already elevated the club to new heights.

"It's like a dream for all Manchester United fans and also for us to have him back," De Gea told Sky Sports.

"It's already great as you can feel the atmosphere. Hopefully he can bring something special to us to make the team even better." 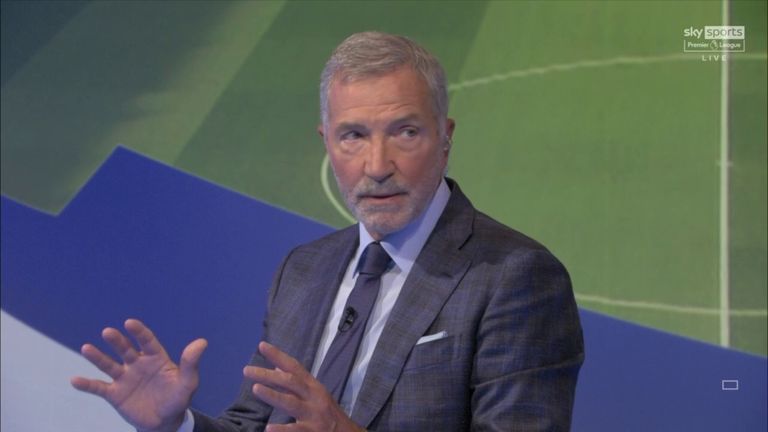 Shaw: Ronaldo has brought a buzz to Man Utd

United defender Luke Shaw says the club is already feeling the buzz from Ronaldo's return and he and his team-mates are relishing learning from one of the best players in the world.

"There's a lot of buzz," Shaw told Sky Sports. "It's given the club a massive lift, not just inside but outside, which is a very big positive.

"He's been one of the best players in the world for a number of years now and everyone is excited for him to come in so we can learn and play with him."

Keane swept up by 'Ronaldo-mania'

Former Manchester United captain Roy Keane admitted he had been caught up in Ronaldo-mania and heralded the Portuguese's return to Ole Trafford and the Premier League.

"I think it's great news for United, the fans, the Premier League. There's no doubt in my mind he's still a world-class player. We have discussed the pluses and minuses, but I see the hunger and the desire there; it's not a pay-day for him. He is already worth fortunes.

"We saw at the Euros he won the Golden Boot; he'll have the incentive of the World Cup. He's a clever guy. He's coming back to United to win stuff. I don't think he'll be the difference in terms of winning the big trophies - Man Utd still have the same problems with or without Ronaldo, and that's midfield - but an FA Cup or a League Cup is more than possible.

"He'll want more than that. He'll bring a winning mentality to the dressing room; he's a fitness freak and I think he's one of the most intelligent players I've seen in my life. He's adapted his game and he's a winner.

"Forget the idea that he's going through the motions; he came to Man Utd initially because he wanted to win stuff. He's a born winner, he doesn't want to relax. Young players need that example. It's priceless.

"I see a lot of pluses and he's going to make them better, of course, but in terms of the bigger picture, I still don't think Man Utd are ready to win the title. I don't think they're going to close the gap all of a sudden."