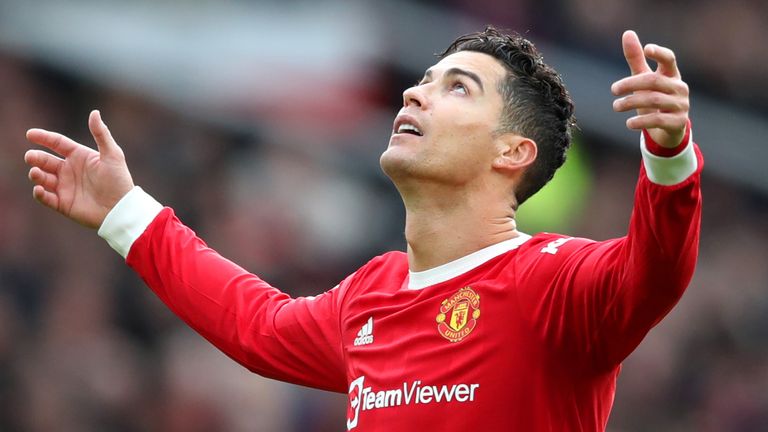 Cristiano Ronaldo is available for Manchester United's crucial Premier League clash with Tottenham on Saturday, live on Sky Sports, but Ralf Rangnick admits he does not know if the forward is happy at Old Trafford.

Ronaldo missed last weekend's chastening 4-1 derby loss to Manchester City due to injury but is set to return for the visit of top-four rivals Spurs.

"He resumed training yesterday. He trained the whole training session and I expect him to be in training today as well," United interim manager Rangnick said.

"He trained well so I would've thought he's available for tomorrow."

FREE TO WATCH: Highlights of Manchester City's win over Manchester United in the Premier League

It was just the second Premier League game Ronaldo, who has scored just one goal in his last 10 appearances, has missed since rejoining United this season.

The 37-year-old's absence also appeared to be questioned by his sister, Katia Aveiro, after she liked an Instagram post claiming he was not injured but instead dropped by Rangnick. 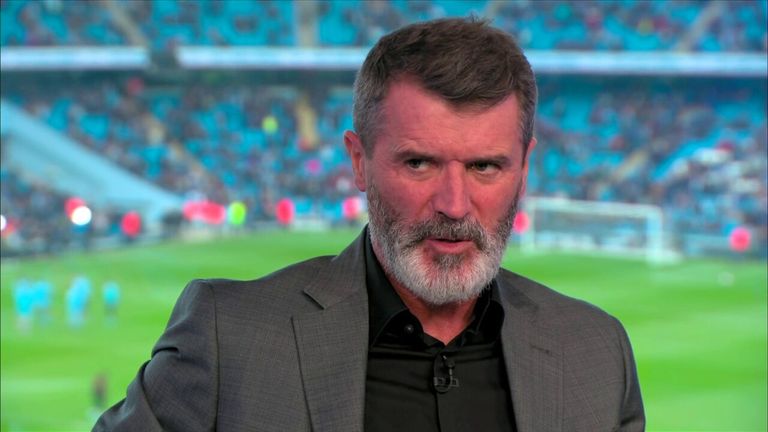 Amid fresh reports this week about Ronaldo's happiness, Rangnick said: "Well, I don't know, I haven't asked him if he's happy at Manchester and at this club.

"For me, it's important that he's fit again and that he resumed training yesterday.

"We will see with which formation and with which line-up we are going to play the game tomorrow."

Asked to clarify whether he and the club were aware of Ronaldo reportedly going to Portugal last weekend instead of watching his team-mates at the Etihad, Rangnick said: "No, because it doesn't make sense to look back on what was happening in the last six or seven days.

"For me, it's important what is happening today and tomorrow. For me, it doesn't make sense at all to go through all this again."

United are also boosted by the return of Edinson Cavani and Raphael Varane for Saturday's game at Old Trafford, but Luke Shaw remains absent having first tested positive for Covid-19 last week and Scott McTominay is a doubt.

"With regard to players, we will still miss out on Luke Shaw," Rangnick said. "Until yesterday he's still been testing positive for Covid.

"Scotty is a question mark. He had some problems with his calf so we have to wait and see until today after training.

"But right now I think it's more likely he will not be available because if we risk him tomorrow he will more likely be out for the game on Tuesday again.

"That's why I tend to with some muscular issues, even more so if it's the calf muscle, to be careful."

Rangnick: Rashford can consider his future in summer

The 24-year-old has been linked with a move away from Old Trafford after losing his place in United's starting XI, with several Premier League clubs - as well as Paris Saint-Germain - rumoured to be interested.

Reports emerged that the 24-year-old was considering his future having been named among the substitutes at City, where he would underwhelm as a second-half introduction.

"I spoke with him yesterday and the day before yesterday so I don't know anything about that," Rangnick said.

"In my 25 years of professional football, I have been deciding not to take too much notice of things happening in the media.

"He didn't say anything to me. He said to me that he's still happy and that he wants to perform on a high level here for the club. He didn't mention a thing about not being happy here."

Rangnick is only interested in making sure Rashford "gets the best version of himself", saying any talk about his future can wait until the summer with his deal - which includes a one-year extension clause - expiring in 2023.

"But again, I mean, the window is closed right now. Even in case suppose he and his agents or his family at one stage of the summer think about maybe going to another club, well then he can do that but in the summer.

"Now the window is closed and it's got nothing to do with tomorrow's game or the game on Tuesday."

Manchester United host Tottenham in the Premier League on Saturday Night Football, live on Sky Sports from 5pm; kick-off 5.30pm. It promises to be an exciting game at Old Trafford with both sides battling to finish in the top four and qualify for next season's Champions League.