Ronaldo walked up the tunnel before full-time vs Spurs; he issued a statement on Thursday, saying: 'sometimes the heat of the moment gets the best of us'; watch Chelsea vs Man Utd live on Saturday Night Football from 5pm on Sky Sports Premier League; kick-off 5.30pm 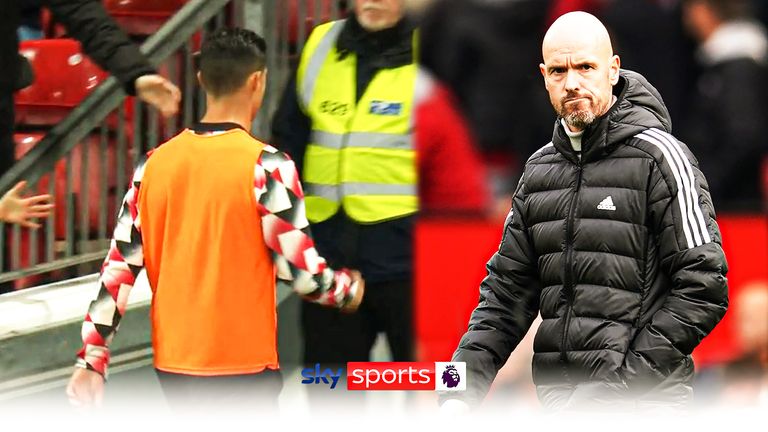 Cristiano Ronaldo has been dropped for Manchester United's trip to Chelsea on Saturday as punishment for refusing to go on as a late substitute and for leaving early in Wednesday's win over Tottenham.

Ronaldo was named among the substitutes against Spurs as United earned an impressive 2-0 victory over Antonio Conte's side thanks to goals from Fred and Bruno Fernandes.

Erik ten Hag's decision not to bring Ronaldo on prompted a public display of frustration as the 37-year-old walked down the Old Trafford touchline and up the tunnel before the full-time whistle.

Ronaldo is now expected to train away from the first-team squad. Speaking after the game, the United boss insisted he would "deal with" Ronaldo on Thursday, where it was confirmed he would not feature in Saturday's trip to Stamford Bridge.

A club statement read: "Cristiano will not be part of the Manchester United squad for this Saturday's game against Chelsea. The rest of the squad is fully focused on preparing for that fixture."

Ronaldo released a statement on Thursday, which said: "As I've always done throughout my career, I try to live and play respectfully towards my colleagues, my adversaries and my coaches. That hasn't changed. I haven't changed.

Ronaldo, an unused substitute, was unhappy with the watching brief he was handed as goals from Fred and Bruno Fernandes earned a deserved 2-0 victory over Tottenham, but when United perform to such a high level, his frustrations are baseless. FREE TO WATCH: Highlights of Manchester United against Tottenham in the Premier League

With Ronaldo on the bench against Liverpool, Arsenal and now Spurs, games United have won with increasing proficiency, it's clear the club's transition to life without him is already under way. His petulance will only speed that up.

'The only way is Ten Hag's way' 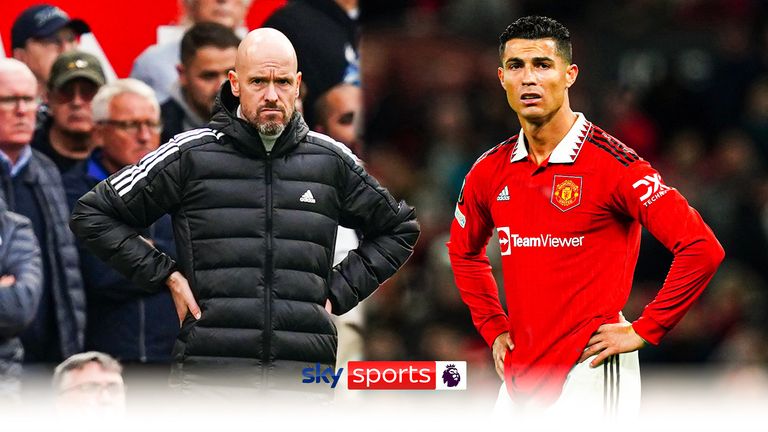 "I don't think it will be a calm conversation. We have seen in the past in Holland when he was dealing with stars in his squad that he would make sure who was in charge.

"He is also known as a manager who is very stable, he's never been up or down in all his roles, his discipline, it's always been the same. That's also where his success comes from.

"It is the first time in his career that he's dealing with the calibre of Cristiano Ronaldo. Never before has that kind of star acted against him. He said in the summer Ronaldo was one of his most important players. If he's fit, he will always be there, he said.

"He missed pre-season and Ten Hag made it very clear that was vital. There's only one way and it's the Erik ten Hag way. This is what will happen in today's conversation. 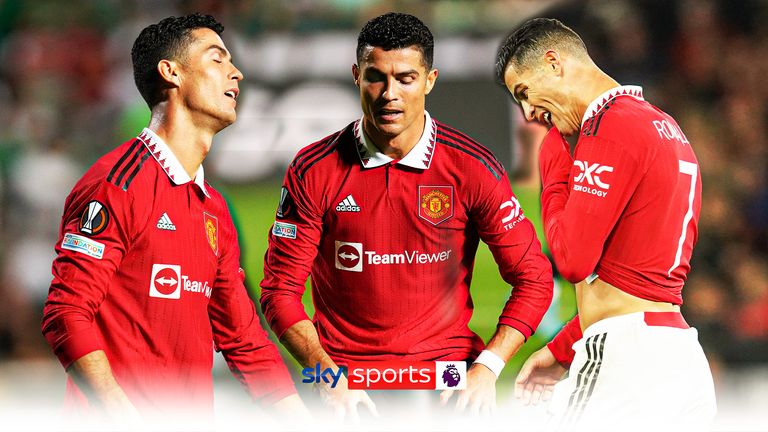 "It was interesting that he said last night that he would deal with it tomorrow. In the past he has not been shy of confronting somebody. There is a famous incident, only two years ago, with Noa Lang, a Dutch international, who was giving him a mouthful on the pitch in a big cup game.

"Ten Hag came off the bench and made very clear that was not accepted by him, shouted to him on the touchline in front of every television camera so everybody could hear it and the public behind the dugout. 'I decide what happens here and it's not your game, it is a team's game!' That was all audible. It also showed it's all about the team.

"I expect Ronaldo not to be part of the squad at United unless there is big financial motives for the club to keep him on if they have to give him too much money to go."