Real Madrid are reported to be interested in signing De Gea, although reports he has already agreed personal terms there appear to be wide of the mark.

But United boss Van Gaal revealed he has been forced to contemplate his next move if the former Atletico Madrid man does eventually decide he wants to head back to the Spanish capital.

United opened contract negotiations with De Gea earlier this season, but they are taking "a long time", said Van Gaal, who also confirmed last week that the club had offered the player "a lot of money" to stay.

"When we have a very good scouting commission, then we shall already know who shall be the next goalkeeper," Van Gaal said.

"We also have a list of goalkeepers who can replace him because we have to be organised always. Not only for that position but for every position."

However, Van Gaal is not resigned to losing a player who has saved him so many points this season.

"We want him to stay and I hope he shall sign," Van Gaal added. 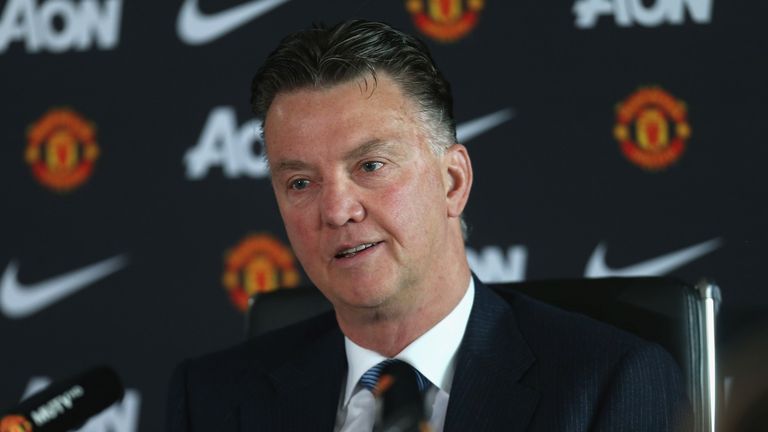 We also have a list of goalkeepers who can replace him because we have to be organised always. Not only for that position but for every position.

"You have three parties [involved] and the most important party is always the player.

"It's dependable not of Manchester United, not of me, because we want him to sign. He has to sign, he has to want to stay here at Manchester United. I don't know [why he hasn't decided]. I cannot say what he's saying to me."

Madrid-based newspaper Marca reported on Friday that personal terms had already been agreed with Madrid and the player, who moved to Old Trafford in 2011.

"I don't know [if we can offer what Madrid can], I cannot speak for Real Madrid," Van Gaal added.

Former Barcelona keeper Victor Valdes is the current backup goalkeeper at Old Trafford but Tottenham stopper Hugo Lloris has been mentioned as a possible replacement for De Gea along with Stoke's Asmir Begovic.