Chelsea goalkeeper Kepa Arrizabalaga says he is not focused on the world-record transfer fee that saw him become the most expensive goalkeeper in the summer.

Two weeks after the record had been broken by Alisson's move to Liverpool, the Blues triggered Kepa's £71.6m release clause to bring him to Stamford Bridge from Atheltic Bilbao.

He replaced the outgoing Thibaut Courtois, but the 24-year-old says while he is aware of the fee, he does not let it affect his performances on the field.

"Obviously the price was very high - £71m is a lot of money," he told Sky Sports News.

"I'm aware of this but given the transfer market situation and how things are going, it is normal so I don't need to focus on the value of the transfer. 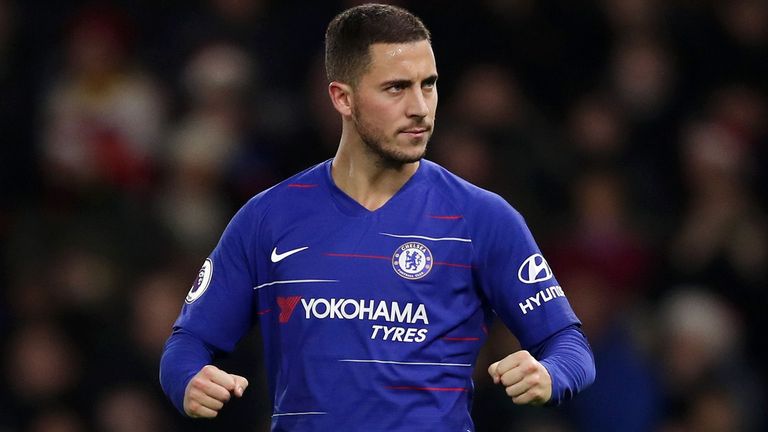 "I do need to focus on playing my football and what's happening on the pitch rather than off it... I want to be myself and not think about it.

"I'm here now playing for Chelsea. I chose to leave my home at Athletic Bilbao and it was an important step in my career.

"I wouldn't call it pressure [replacing Courtois], I would just say it is how the transfer market goes. He went and I came in and I'm not one to focus on the comings and going.

"I'm focused on myself and there is a great opportunity for me to come here. I wanted to take advantage of this and enjoy my football and look forward and not back.

"I'm happy here both on a personal and a team level and I'm happy here in London. Looking towards the future excites me with the possibilities we have to improve and I'm excited about what the future might bring."

Despite being the main man at Chelsea, Kepa faces a fight for the No 1 spot with Spain as Manchester United goalkeeper David de Gea is the current first choice.

He added: "I'm aware that De Gea is a good goalkeeper. He's had a great career and he's been great over a number of years.

"People were speaking at the World Cup about this situation but I need to support whoever is playing and De Gea played in the World Cup, he was playing before then as well.

"Everyone wants to play and it's about the making the manager's decision hard. As for me, I'm calm in the situation that I'm in and I know with effort, I can get there."

Next up in the Premier League is a trip to south London to face Crystal Palace - who beat Manchester City last Saturday - live on Sky Sports, and Kepa is aware of their threat.

"They are a hard team, especially at home, and they have got quick players," he said. "It's not been an easy run of games either, it's been physically draining and there have been lots of points at stake over the Christmas period. As a result, it's important to be in good form."