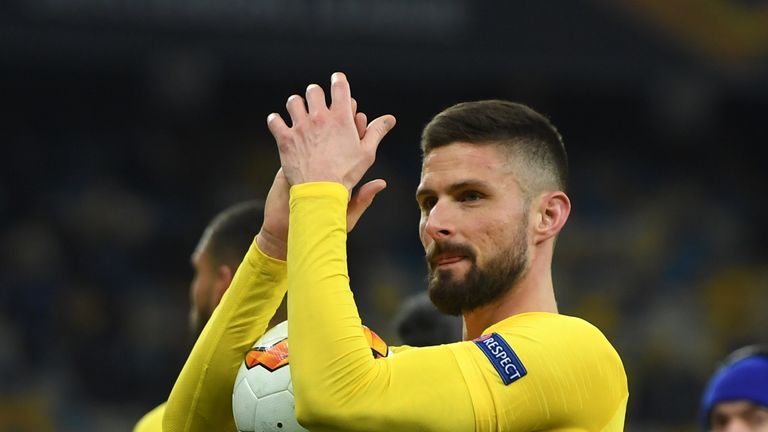 Olivier Giroud is a frustrated striker at Chelsea but continues to show off his qualities for France, says Didier Deschamps

France manager Didier Deschamps has revealed that Olivier Giroud wants more game time at Chelsea, after impressing for his national side.

Giroud scored the third goal in France's 4-1 win over Moldova on Friday and his international boss paid tribute to his striker after impressing in their opening European Qualifier.

"Giroud is there, he scores goals. He does so too with his club," Deschamps said ahead of Monday night's clash with Iceland, live on Sky Sports.

"He'd like to play more and when he plays in the Europa League, he also scores goals. In a match like tonight's, against a low-ranked opponent, his presence as a pivot is very useful.

"He's quite complementary with the other players because of his role that is different and this allows our team to have a varied offensive play."

Giroud has started just six games under Maurizio Sarri in the Premier League, but has made 15 appearances from the bench.

The Frenchman has been a regular in the Europa League, however, with nine goals in nine games. 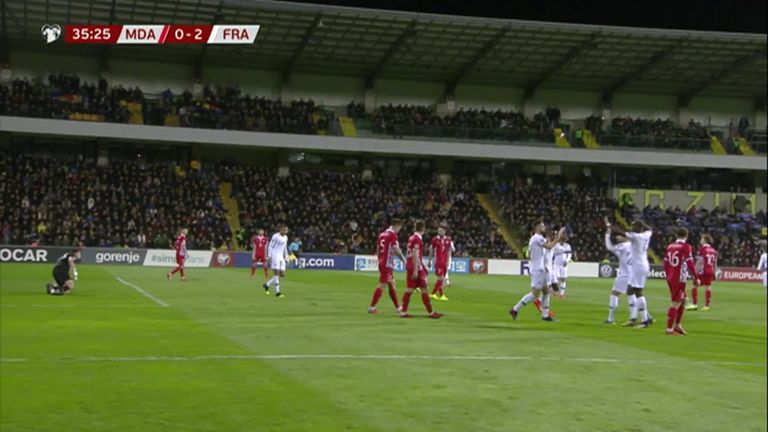 Giroud's goal to put France 3-0 ahead against Moldova

Deschamps also spoke about the mentality of his players after their World Cup win in the summer, highlighting how important Giroud, Paul Pogba and Antoine Griezmann are in keeping the group focused.

"I wasn't really worried because since the beginning of the week, I had told them what I wanted to tell them about the match through the sessions we had - there was a lot of dedication," added Deschamps.

"The players know. The more experienced players I have like that, then the rest of the group follows.

"It seems normal and logical but I do appreciate the quality and the mindset we have.

"The players know it, it's how we got to where we got last summer and that's something we absolutely need to keep regardless of the match and the players we are facing."