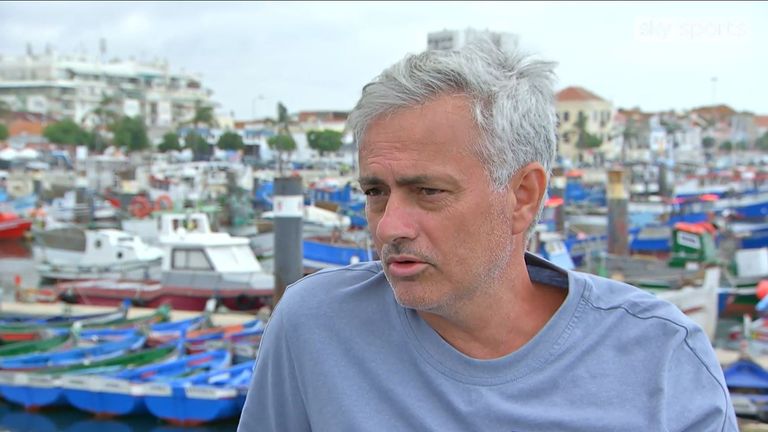 With a transfer ban imposed, new head coach Lampard will have a unique situation to work with at Stamford Bridge; something Mourinho says could work in their advantage.

In an exclusive interview with Sky Sports News, the former Chelsea boss says he is reserving judgement on Lampard's managerial prowess until the results come in, and gave an insight into Lampard's character as a player.

Chelsea talent already at the club

With January signing Christian Pulisic finally arriving, Mateo Kovacic making his loan move permanent and the likes of Tammy Abraham and Kurt Zouma returning from loans, Chelsea do still have options ahead of the new season.

Mourinho insists his former side should use this situation to make the most of what they have at the club, and singles out Zouma for praise, having handed him his debut in 2014 and picking him 50 times.

"It depends on what you have in the academy, that's the point," Mourinho said. "I think every manager in the world loves to play kids from the academy.

"The question is: what is the product from the academy? What can you work with to improve?

"I think Chelsea is a very special club in relation to that. I just give an example: Chelsea needs a centre-back - Kurt Zouma! You don't need to buy, you don't need to spend. Zouma!

"Do you need to buy a young centre forward? No! And Chelsea were criticised many times with the number of players they had on loan, more than 30 players, 40 players, but now the moment arrived and they have answers like nobody else could have.

Will Lampard be a success?

Mourinho is not in the business to make wild predictions on Lampard's first season at Chelsea.

He knows him well and is encouraged by Lampard's love for the club and game, but says now is not the time to forecast.

"You know, time will see," Mourinho said. "Only time. It would be nice and easy for me to say, because I love him, that he's going to be a phenomenal manager.

"It would be very nice for me to say, but I'm not going to say that, and I cannot also say I don't believe he's going to do it, because that's not the way I feel. 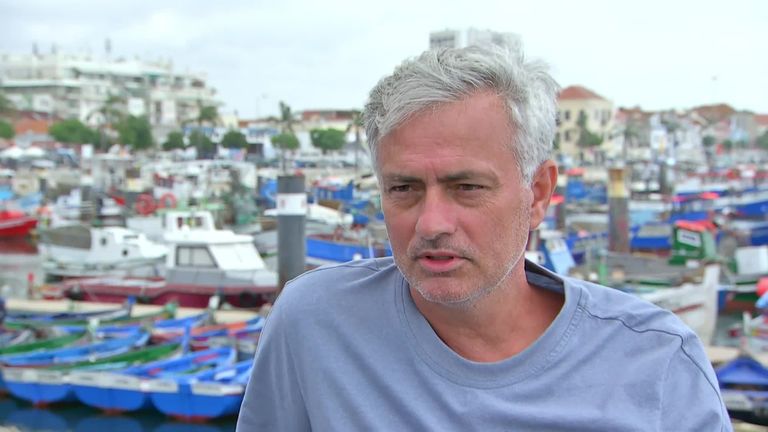 "I feel that he has a potential, I feel that he loves, which is a very important thing, he loves - that's the reason why he is there - and I wish him the best but only time can speak and in a few years we will see."

Lampard a manager in the making?

Having won back-to-back Premier League titles in his first two seasons at Chelsea with Lampard as a key player, Mourinho's memories of the 41-year-old are happy.

Did Lampard's leadership stand out when Mourinho was at the club? The Portuguese says he never looked at his players in that mould, but did push members of the squad to take their coaching badges.

"I don't look at players when they are players in that perspective," Mourinho explained. "What I always tell them is: 'Are you doing your badges? Are you doing the coaching course?'

"They say: 'Oh no I don't do that, I don't want to.' But I said: 'Maybe you want, maybe you don't want now, because you are focused on playing, but maybe you want later, so instead of doing nothing after training come on! Study.'

"So I influenced during my career many, many of my players to start doing the badges and in the future who knows? But I never look to them as 'can they do it or not?' It depends on the evolution of their brains, of their ambitions. Jose Mourinho opens up on his identity, adapting as a coach, embracing change and constantly studying

"What I always saw in Frank was an example of a professional. I was lucky to have so many untouchables, but he was one of the untouchable players I had in my career. A tremendous professional. Tremendous."

First game is a cup final

Mourinho's first Chelsea game was also against United, a 1-0 win at Stamford Bridge in 2004, and the three-time Premier League winner insists the opening day of the season should be treated like a cup final.

"In my case, and this is maybe why I never lost a first match of the season, I have a huge record of victories and a couple of draws," Mourinho said. "I never think I go to the start of a marathon, I always think I go to the game!

"I don't think this is the first game of 38 or 60 for the season, no. I go to the game! And in that moment even more because it was Chelsea vs Manchester United, it was a big game, my first game at home.

"It was the first time. Stamford Bridge. A few new players, [Ricardo] Carvalho, [Didier] Drogba, [Arjen] Robben, [Petr] Cech - a first game for many of us and we were there to win the game, and we won the game!