Lampard on France dealing with Kante injury: "Our doctors were speaking and there were some times when things weren't coming back to us as I'd expect them to come back. That's what I mean about communication." 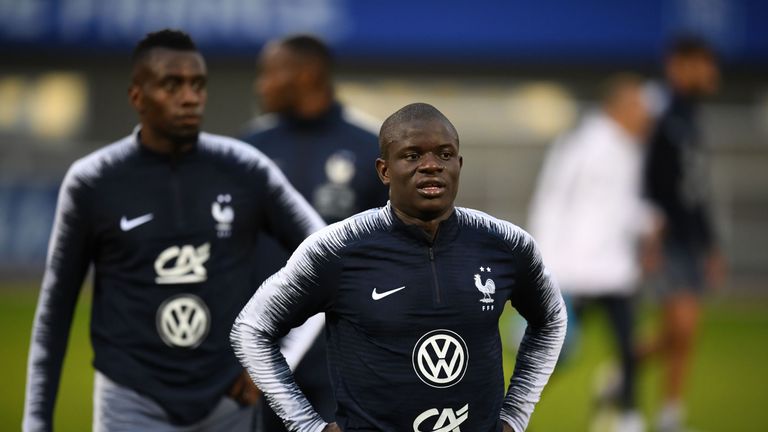 Kante, who has featured in only four of Chelsea's eight Premier League games during an injury-hit start to the season, hurt his groin during the warm-up for France's Euro 2020 qualifier against Iceland last Friday and was removed from the starting lineup.

Deschamps opted to keep the 28-year-old with the French squad for the remainder of the international break, a decision that irked Lampard, who had recently engaged in a "light-hearted" back-and-forth with the France boss over striker Olivier Giroud's lack of game-time at Stamford Bridge.

"After the first game when he pulled out he then had a fitness test the day before the second game, it was clear that he couldn't play," Lampard said after ruling Kante out of Chelsea's game against Newcastle on Saturday.

"He then sat on the bench on the evening of the game, so that's not communication, so it's not such a laughing matter."

"It's more for Kante himself because he's not an inexperienced player, he's been around the block, he's won World Cups, he's been a fantastic player so I think that could have been handled better for sure.

"Our doctors were speaking and there were some times when things weren't coming back to us as I'd expect them to come back. That's what I mean about communication.

"I understand when players are on international duty that they're their players as such, but it was quite clear he wasn't fit to play so from our point of view we would have wanted him back to work on him."

Lampard confirmed that Chelsea will also be without defenders Andreas Christensen and Antonio Rudiger for the visit of Newcastle, but midfielders Mateo Kovacic and Ross Barkley are available.

Before the international break Chelsea recorded back-to-back Premier League victories for the first time under Lampard's management to climb to fifth in the table, just two points behind second-placed Manchester City.