Chelsea are interested in signing Declan Rice from West Ham.

The Blues are keen to strengthen with a defensive midfielder if the transfer window goes ahead this summer and are admirers of the England international, whom they released as a youth.

Rice, 21, has been close friends with Chelsea's attacking midfielder Mason Mount since their days together in the academy and the pair have more recently impressed together for the national side.

Mount was recently forced to apologise for playing football with Rice at a north London centre while he was supposed to be self-isolating, after team-mate Callum Hudson Odoi was diagnosed with coronavirus.

Former Republic of Ireland youth international Rice has been a consistent figure for West Ham and bagged two assists in 29 Premier League appearances before football was suspended because of the coronavirus pandemic.

He would not come cheap, with four years left on his West Ham contract and the option of a further year's extension. 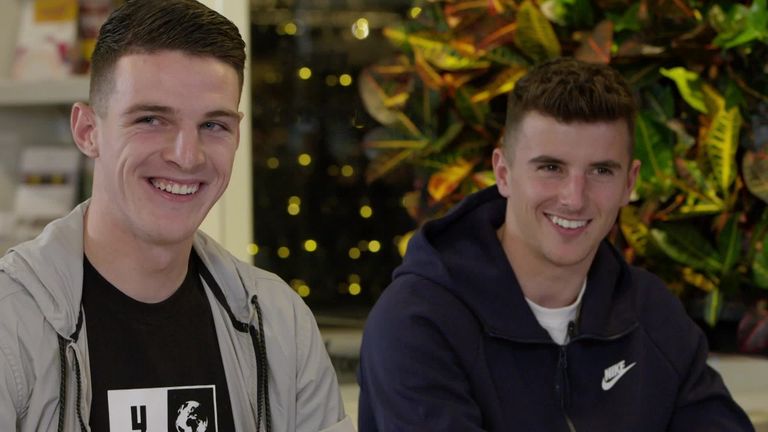 Chelsea were in the market for a new young defensive midfielder in January and were among the clubs interested in Boubakary Soumare, but the young Frenchman opted to stay at Lille.

It remains uncertain whether the UK transfer window will open as scheduled on June 18, with no definitive date set for when the current domestic season will be resumed amid a global health crisis.

Sky Sports News reported last week that FIFA is reviewing the situation with regards to player registrations, with the possibility that players could run out of contract at clubs before the season restarts.

However, clubs are understood to be continuing their research and due diligence into potential transfer targets, despite scouts currently being unable to watch them in games.