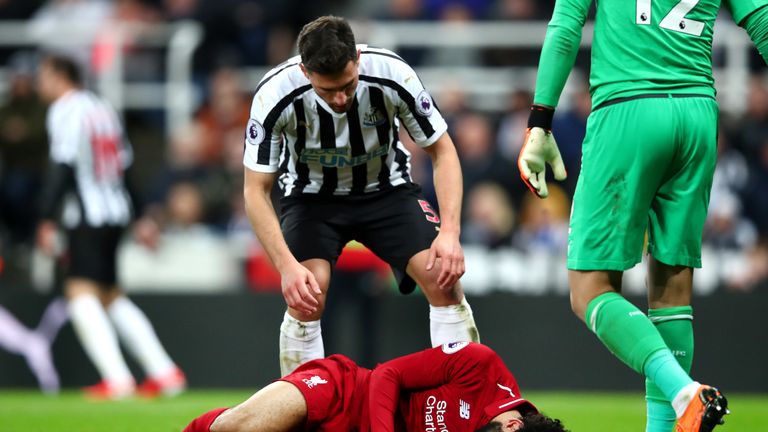 The Egyptian was stretchered off during Saturday evening's 3-2 Premier League win at Newcastle with a head injury, while his strike partner Firmino is struggling with a groin injury.

Firmino was replaced in the starting team by Daniel Sturridge and was already confirmed out of the Barcelona game, but Salah's absence compounds the difficulty of the task for Jurgen Klopp's side, who are 3-0 down after the first leg.

The German confirmed that both players would be out in a press conference on Monday, saying that the decision had been taken on medical grounds and was out of his control.

"It's not a precaution, it's a concussion," said Klopp. "He would not even be allowed to play, so that's it.

"He feels ok but it's not good enough from a medical point of view, that's all.

"He's desperate, everything, but we cannot do it. He can play at the weekend."

Salah scored Liverpool's second against Newcastle, taking his Premier League tally for the season to 22, before he was injured in a challenge with Magpies goalkeeper Martin Dubravka.

Liverpool's play Wolves at Anfield in the final game of the season and will be glad to be able to count on the league's top scorer, with Salah two ahead of Manchester City's Sergio Aguero in the goalscoring charts.