What can we expect from Jurgen Klopp this summer?

Liverpool just missed out on clinching the Premier League title and have a Champions League final to look forward to - so where could they improve?

So who could come in to strengthen Jurgen Klopp's group for next term? And who could be heading for the exit door? Read on to find out…

Phil Thompson: "No matter who you are, you have to strengthen while you are on top. Don't wait until things go wrong. It was always the way of doing things in our heyday. No matter what we won, we always brought in two players to strengthen and give more options on the field and regenerate the dressing room.

"If Liverpool can, I would look at a creative midfield player and another striker. Mohamed Salah, Sadio Mane and Roberto Firmino are the three, but it's a case of getting someone in who will be sitting on the bench for most of the season.

"It's like in midfield, we have a lot of players who are quite similar. We need someone with a creative spark and to give us more goals from that department. It is hard to find a decent striker who will sit on the bench and that is the problem Klopp will have. The squad is relatively young which is good and have at least another five years together so we look as though we are in a good position."

Liverpool have had a fantastic season and, as a result are top - or among the the top sides - when it comes to a range of stats, from having the best defensive record in the league (Alisson won the Premier League Golden Glove with 21 clean sheets) to goals scored (89).

This Liverpool squad appears to have the best years ahead of it, too - their average starting XI was the fifth-youngest in the Premier League this term.

One area Klopp may target is results against the rest of the big six. While Liverpool were second in this mini-table, Manchester City earned six more points than their title rivals. Could Liverpool target a player capable of unlocking a first-class defence or grabbing a decisive goal?

Klopp on why keeping hold of key players is crucial: "I don't want to talk exactly what we will do, but I don't think this is a team at the moment where we have to spend the big money or whatever. The best way to do it is bring together a group of players, try to develop them altogether and then stay together for a while. That was maybe the main problem of Liverpool for the last decade. When they had a good team after a season they went all over the world. That will not happen this year for sure." 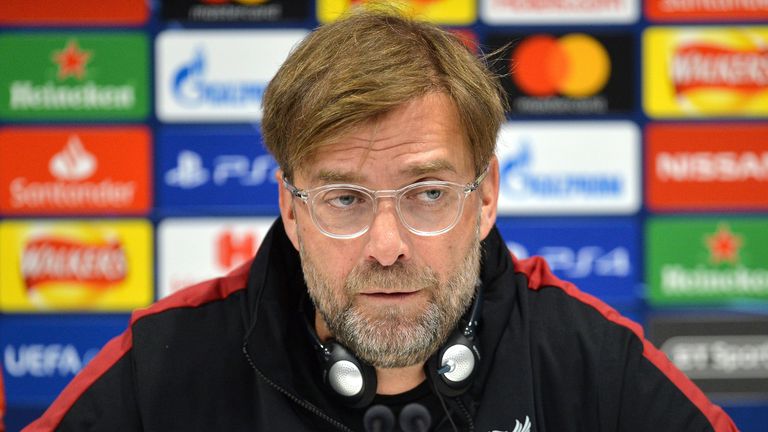 I don't think this is a team at the moment where we have to spend the big money or whatever.

Klopp on a potentially quiet summer: "The team is pretty well balanced. Will it be the biggest transfer window of LFC? No, probably not, I think it would have been a surprise if I said yes."

What we know - The Sky Sports News insight

Vinny O'Connor: "Given the consistency Liverpool have shown this season, it'll be a case of the odd tweak with their squad.

"Daniel Sturridge is out of contract, so Liverpool are exploring the possibility of strengthening their attacking options.

"Divock Origi has shown glimpses this season while both Sadio Mane and Mo Salah have played through the middle. Even Gini Wijnaldum stepped into the role against Barcelona, but Liverpool need greater cover for the influential Roberto Firmino.

Stay up to date with all the latest transfer news

"Naby Keita is expected to be better for the experience of his first season in English football. While, as cliched as it may be, Alex Oxlade-Chamberlain's return to fitness after a year out will be like a new signing, which means midfield is unlikely to be an issue.

"Alberto Moreno will leave the club this summer, so cover and competition at left back for Andy Robertson is another area that will need addressing.

"Liverpool are also being talked of as possible suitors for Matthijs de Ligt in a £75m deal to further improve a back line that kept 21 Premier League clean sheets. The Ajax centre back has established a partnership with Virgil Van Dijk at international level.

"It will be interesting to see if Simon Mignolet decides to look for regular first team football, which could leave Liverpool needing an experienced deputy for Alisson."

A back-up left-back and, if a special player becomes available, another forward.

Rank the players Liverpool have been linked with