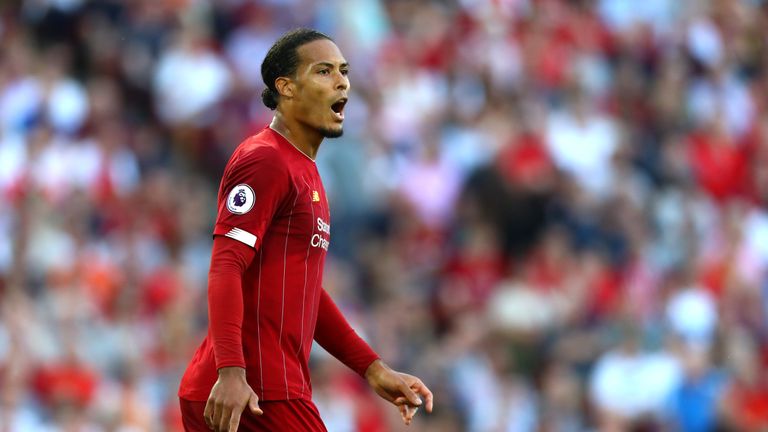 Virgil van Dijk insists he is "not even discussing" a new contract extension at Liverpool.

The Reds defender, whose current deal still runs until 2023, has reportedly agreed terms on a new six-year deal with the club.

But after Tuesday's 2-0 opening Champions League group-stage defeat at Napoli, the Netherlands centre-back dismissed those reports.

"There is nothing going on, so that's it," he told Sky Sports News chief reporter Bryan Swanson in Naples.

And asked again about whether he wanted to hold talks about an extension, Van Dijk added: "That's not on me. I saw some reports in the media that I was agreeing a new deal and stuff.

"But I'm not even discussing anything at the moment. The only thing I want to do right now is focus on the games and we'll see in the future what may happen."

Van Dijk has been at the heart of Liverpool's ascent under Jurgen Klopp, playing a leading role in the club's path to Champions League glory last season and their emergence as Manchester City's main rivals for Premier League dominance.

Liverpool have made a perfect start to their domestic campaign by winning their first five Premier League games, but they face their biggest challenge so far when they travel to Stamford Bridge to face Frank Lampard's Chelsea on Sunday, live on Sky Sports.