The Carabao Cup quarter-final tie between Aston Villa and Liverpool has been confirmed for Tuesday, December 17 (kick-off 7.45pm) as originally scheduled.

The decision comes despite Liverpool's involvement in the FIFA Club World Cup in Qatar, with the Reds' first match in the competition - the semi-final - taking place in Doha on Wednesday night.

After beating Arsenal on penalties in the fourth round, Liverpool boss Jurgen Klopp threatened to pull out of the competition if the fixture was unable to be rearranged in order to avoid a clash. 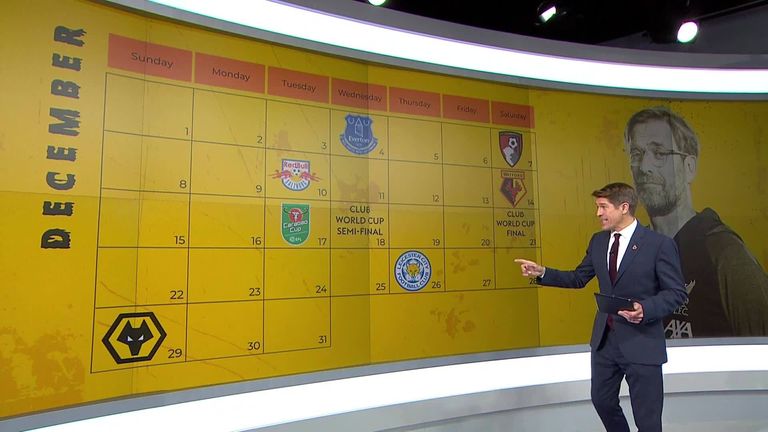 The EFL had previously suggested they would be open to rearranging the tie for the week of the semi-final first-leg ties but after on-going discussions, keeping the original date has now been seen as "the best decision" all round.

An EFL statement read: "The EFL's overwhelming priority is to maintain the integrity of the Carabao Cup and the decision taken is intended to protect the best interests of a competition that attracts millions of viewers at home and abroad with the final broadcast in more than 130 territories worldwide.

"It is also the best decision in minimising the impact of rescheduling the final stages of the competition on those Clubs who remain in the Carabao Cup and the knock-on effect this would have in both the FA Cup and the Premier League."

Liverpool say they will utilise two playing squads simultaneously, adding: "It is not an ideal scenario but was reached with the best interests of the competition, our fellow clubs, and ourselves."

The Premier League leaders already have a league game with West Ham to be rescheduled due to their visit to Asia, and have six midweek fixtures in a row pencilled in between November 27 and January 2.

Sky Sports will be showing Liverpool's trip to Aston Villa along with Manchester City's game at Oxford United.