Nine of the current Liverpool squad would be selected in the Reds' team of the decade, according to Sky Sports' Jamie Carragher.

But Carragher has admitted he would rejig Liverpool's established 4-3-3 formation for an even more offensive 4-2-4 system in order to include Luis Suarez.

Alisson Becker is the best goalkeeper in the world now, and certainly the best at Liverpool in the last decade. He's up there with the Premier League greats like Peter Schmeichel, Edwin van der Sar, Petr Cech. Whenever he moves on from Liverpool, we'll be talking about one of the top goalkeepers.

Trent Alexander Arnold is a no-brainer at right-back, a position that Liverpool struggled to fill consistently until young Trent burst onto the scene. Inside him, I've gone for Virgil van Dijk - the first name on the teamsheet, that tells you all you need to know. Next to Van Dijk it was a toss-up between Dejan Lovren and Joel Matip.

Lovren has played really well in spells but he has had down times, whereas Matip hasn't had any bad times in a Liverpool shirt. Towards the end of last season and certainly in the Champions League final, he was even outshining Van Dijk, which takes some doing.

There hasn't been much competition at left-back over the past 10 years, but even if there was no one would come close to Andy Robertson.

There's no debate in putting Steven Gerrard straight into midfield. The big question is who you put alongside him?

It's got to be Jordan Henderson. He's been there for almost the whole decade, he almost won the title under Brendan Rodgers, providing great energy for that team, he's shown great leadership and is fantastic for the dressing room. He's a Champions League winner and could be a Premier League winner this season.

Then the forward players pick themselves. Mohamed Salah, Roberto Firmino and Sadio Mane are head and shoulders above the forwards Liverpool have had in the last 10 years, with the exception of Luis Suarez, who leads the line instead of having an extra man in midfield. 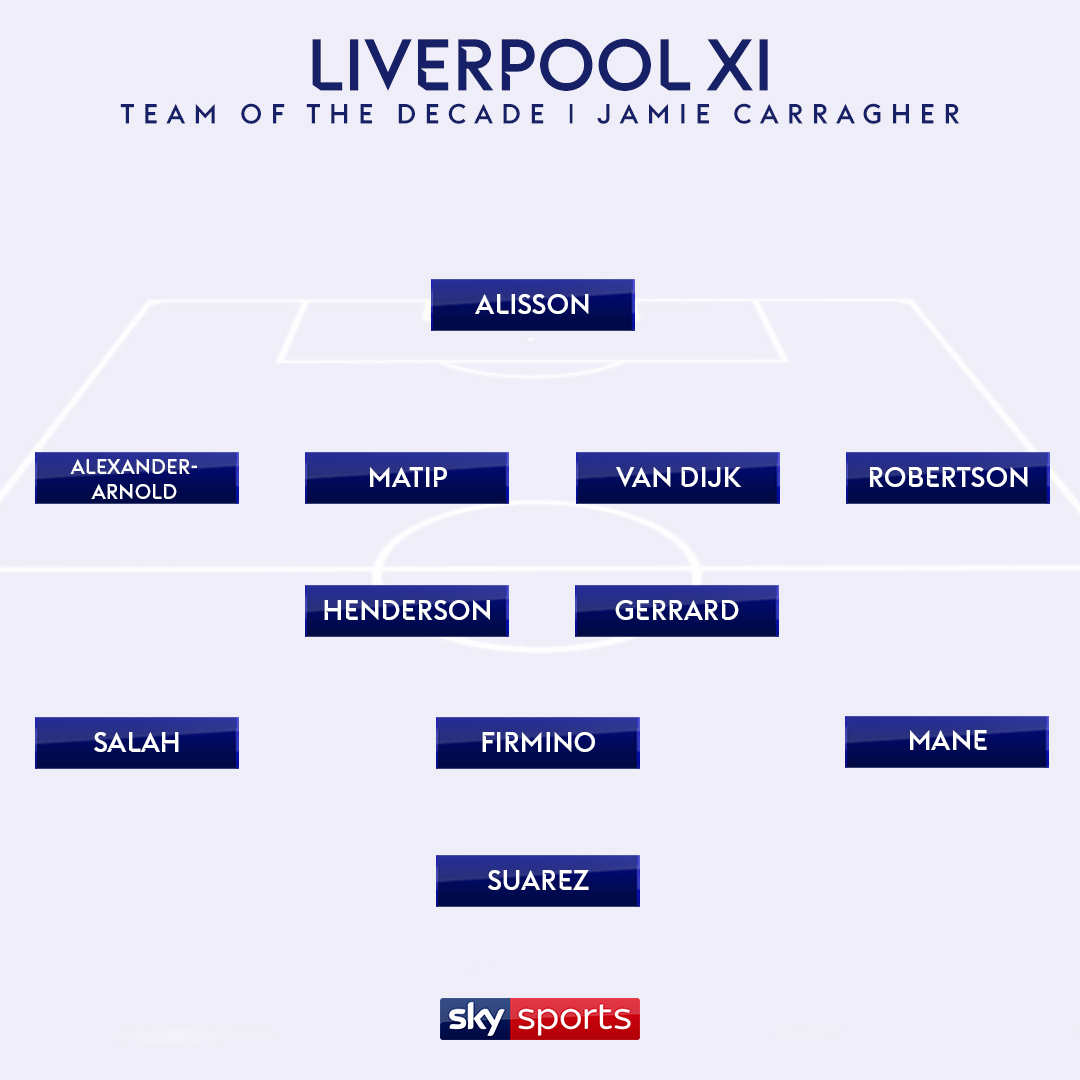 Who makes your Liverpool team of the decade?

You've heard from the expert - now you can pick your Liverpool team of the decade! Choose from a selection of the best players below and put them into your own formation.