Fabinho currently standing in for Virgil van Dijk in defence but Brazilian substituted around half-hour mark at Anfield; Rhys Williams stepped in against Midtjylland; Jurgen Klopp says: 'It looks like we have to choose of the [youngsters]' 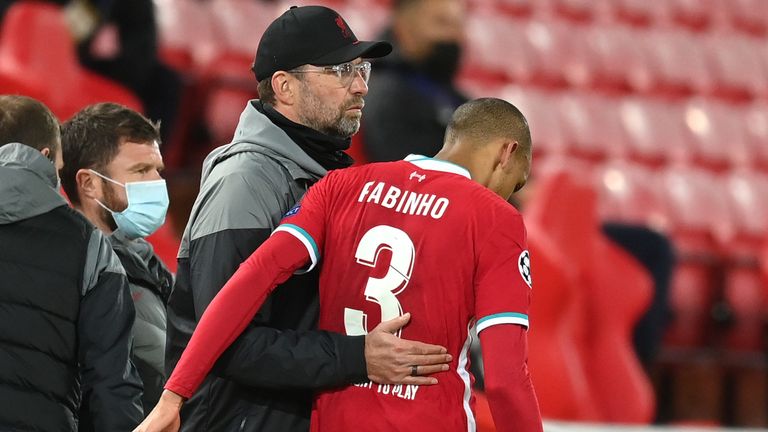 Jurgen Klopp admitted Fabinho's injury was "exactly the last thing we needed" as Liverpool's defensive issues worsened in their win over Midtjylland.

Fabinho has been playing in defence in the absence of Virgil van Dijk but gave Klopp a further defensive scare when he had to be substituted after half an hour at Anfield with what the manager admitted appeared to be a hamstring injury, and expects to be fully diagnosed following a scan on Wednesday morning.

Klopp told BT Sport: "It's exactly the last thing we needed. What can I say? I know he felt his hamstring, that's not good, he didn't feel it that much, he said he could have played on but with no sprints any more so that doesn't help in that position obviously.

"We'll see, we have to do a scan and then we'll know more, but that's not good, of course."

Fabinho had begun the game partnering Joe Gomez, before received treatment on the field and being replaced by 19-year-old Rhys Williams, who spent last season on loan at sixth-tier Kidderminster Harriers, for the final hour.

A lay-off for Fabinho would compound Liverpool's injury woes with Van Dijk set to undergo surgery on cruciate knee ligament damage he suffered in a challenge from Everton goalkeeper Jordan Pickford earlier this month.

Van Dijk could miss the rest of the season, though Klopp and the club have been reluctant to put a timescale on his recovery.

Speaking in his post-match press conference, Klopp also remained coy over setting a return date for Joel Matip, who has been absent with injury since the Merseyside derby.

"So the players who are now injured, we cannot use them on the first day of being fit again, or not injured anymore."

More likely to face West Ham, Klopp appeared to admit, would be one of Williams, Nathaniel Phillips or 17-year-old Billy Koumetio, who only signed his first professional contract with Liverpool in August and has made just a solitary appearance for the club above U18 level.

He said: "[Williams] did really well. Everything was calm around him. We will try to do that as well. He's talented, he plays for England U20s, he's 19 years old, and I didn't tell anything newsworthy when I said he had more Champions League minutes than Premier League minutes, he didn't play in the Premier League yet but has two Champions League appearances now. He won both games too which is pretty exceptional. 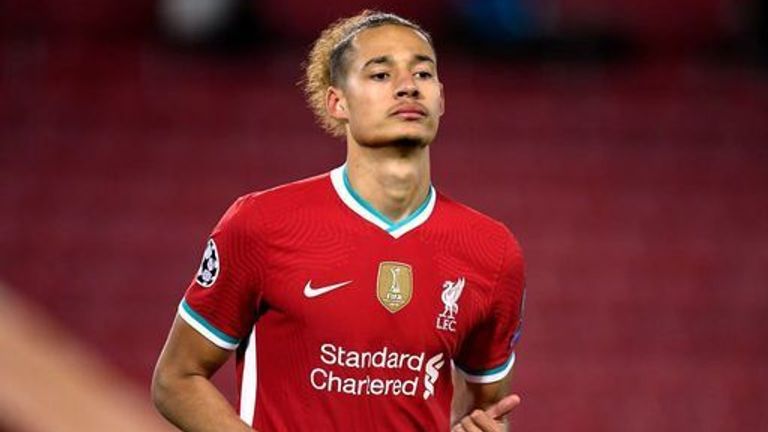 "He did well, everything looks promising - and apart from Rhys, we have Nathaniel Phillips. We thought he might make a transfer to another club so he is not in the Champions League squad which is strange but he is a centre-half as well.

"Billy [Koumetio], I'm not sure if he can train tomorrow or not, but he will be back in training, so we have very young and inexperienced alternatives and at the moment it looks like we have to choose one of them.

"I don't know yet, but to be really clear and positive, Rhys was not in one situation tonight a problem for us, he played a really good game."

'A situation that is far from ideal' 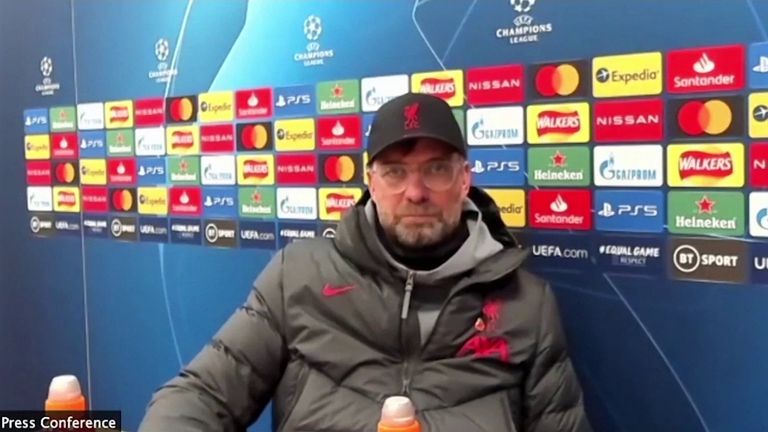 "Clearly losing Fabinho after half an hour was a nightmare scenario for Jurgen Klopp. It was quite obvious at the time that he's injured a hamstring.

"We're not sure yet as we await a scan how long Fabinho will be out for, but at this stage you can't see him being fit to face West Ham at the weekend and then there's Atalanta to come in the Champions League before Manchester City.

"Liverpool have three senior centre-halves injured at the moment, with Virgil van Dijk due to have surgery on his damaged ACL. Last night, Klopp said he didn't know if he would have Joel Matip available for the weekend. Jordan Henderson could fill in at centre-half - we saw that last season in the Club World Cup.

"Fabinho's injury also robs Liverpool of an option in the centre of midfield as well, albeit they have Thiago and Naby Keita coming back from injury. All in all, the situation is far from ideal.

"Unfortunately, injuries have hit and it's left them having to look at younger options to bring in to cover those gaps. There's a number of youngsters who could well get that opportunity to push their case for more senior involvement over the coming weeks."

Who could step in for Van Dijk, Fabinho?

Virgil van Dijk's long-term injury has given Jurgen Klopp plenty to ponder in terms of his selections at centre-back over the coming weeks, and with Fabinho also going off against Midtjylland, he may have to turn to youth.

Rhys Williams, Sepp van den Berg, Nathaniel Phillips and Billy Koumetio are among the leading young centre-backs at Liverpool, and here, we assess their capabilities.