Van Dijk to have surgery on injury caused by Jordan Pickford tackle; Merseyside derby with Everton ended 2-2; Richarlison sent off for foul on Thiago Alcantara 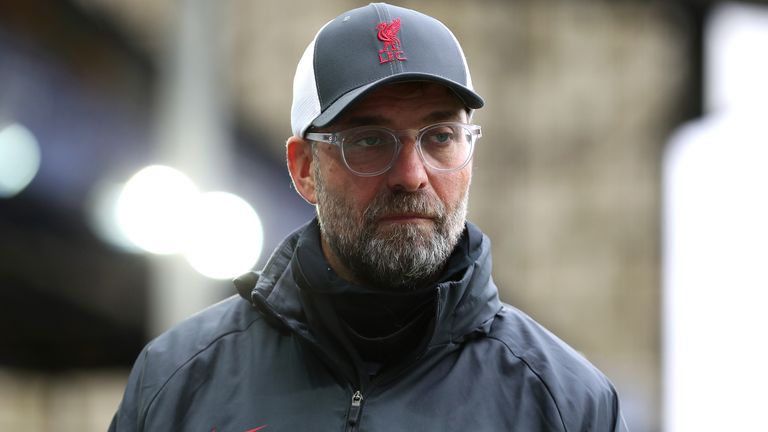 Van Dijk is yet to undergo surgery on the cruciate ligament damage he suffered in a challenge from Everton goalkeeper Jordan Pickford.

The Dutch defender could miss the rest of the season but Klopp would not give an estimated return date during Friday's press conference.

"I can understand that people are interested in that," said the Liverpool boss. "Virgil was here, he is okay. 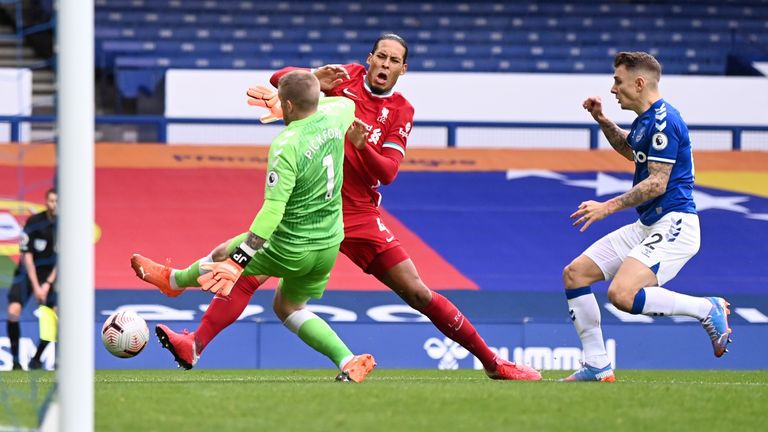 "But when it comes to the surgery and stuff, it doesn't make sense for us to give a time schedule. We'll do that at an appropriate time, but he's as good as possible.

"It makes sense from a specific moment in the recovery and rehab time.

"Everybody copes differently with it that's why there is no need for an update."

Klopp has backed Fabinho to fill in for Van Dijk at the heart of Liverpool's defence after impressing alongside Joe Gomez at centre-back during Wednesday's Champions League win against Ajax.

"They're [Van Dijk and Fabinho] different players but both can defend, that helps obviously," said Klopp.

"We all know Fab can play this position, he played against Bayern for example in a home game, and was absolutely great.

"I'm not surprised he can play the position but it's all about getting used to each other. I don't think this line played together before the Ajax game.

"There are a lot of things from an organisational point of view. You cannot talk about it or exchange notes about it; it's just to feel what's right and wrong, high line or low line, this kind of stuff.

"That's why I said there is a lot to improve because these boys need to get used to each other."

It means a quick return to Anfield for Rhian Brewster, who joined the Blades from Liverpool in a £23.5m deal earlier this month.

"We all know him very well and that's the problem, we know how good he is. That's the situation," said Klopp.

"We need to be 100 per cent focused if he starts. But not only him. Sheffield United are doing really well; they had a pretty tough start fixture-wise.

"I'm pretty sure Chris (Wilder) is calm enough to know all the good things they did are still good and they just have to keep them going. That's what they will try and that makes it really a very intense game.

"It's Sheffield United; the way they play, if you want to win the game you have to be intense yourself.

"And if Rhian is then on the pitch, we know we should not let him finish at all because wherever he gets the ball he is a natural finisher and that's his biggest threat."

Aymeric Laporte's injury last season put Man City out of the title race by Christmas. Will Liverpool's season go a similar way? Or are they better set up to cope with the absence of their talisman, who played every single minute of their historic title-winning season in 2019/20?

On the latest Pitch to Post Review podcast, Jasper Taylor is joined by Gerard Brand and Ben Ransom to analyse exactly what this means for Liverpool.

Jordan Pickford is "really sad" how his "mistimed" challenge on Virgil van Dijk led to the Liverpool defender sustaining a serious knee injury, according to Everton boss Carlo Ancelotti.

Ancelotti insists claims that Pickford's challenge was premeditated are "too much" and added everyone at Everton hopes Van Dijk can "recover soon and well". 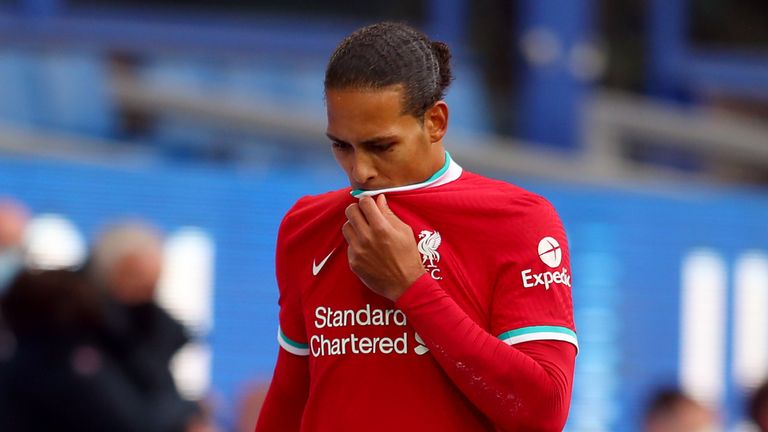 "To be clear, we are really sorry for the injury of Virgil van Dijk," said Ancelotti.

"Every one of us hopes he can recover soon and well. There was this contact with Jordan Pickford: it was mistimed contact.

"But the fact the Premier League is so fast, it is not so difficult to arrive a little bit later.

"Jordan arrived a little bit later but his intention was to try to reach the ball.

"Jordan is really sad, really disappointed [that he is injured]. It was a strong contact, maybe mistimed, but sometimes in football, it can happen."