Andy Robertson conceded a late penalty against Brighton after referee Stuart Attwell reviewed footage of a challenge by the Liverpool player on Danny Welbeck; Scotland international says he would rather leave decisions to the 'naked eye' if VAR continues to provoke such debate

Liverpool defender Andy Robertson says inconsistency in decision making by the video assistant referee (VAR) has left him questioning its long-term use.

Robertson was adjudged to have fouled Danny Welbeck against Brighton on Saturday, in an incident that required referee Stuart Attwell to take a look at the pitchside monitor before awarding an injury-time penalty in the 1-1 draw.

Liverpool manager Jurgen Klopp was frustrated with the officials over the controversial penalty, while captain Jordan Henderson said he would like to see VAR scrapped.

VAR can be used to overturn a subjective decision if a 'clear and obvious error' has been identified, but Robertson believes the system is resulting in unfair decisions being reached.

"When VAR came in we believed there would be no grey areas, it would all be black and white, and I don't think we are quite getting that just now," Robertson said.

"There are a lot of improvements to be made, we knew we had to be patient with VAR and it wouldn't just be perfect overnight but we are now 18 months down the line and still the same mistakes are being made.

"On Saturday... If the rules and the referee deem that to be a penalty, then I have no problem with it. 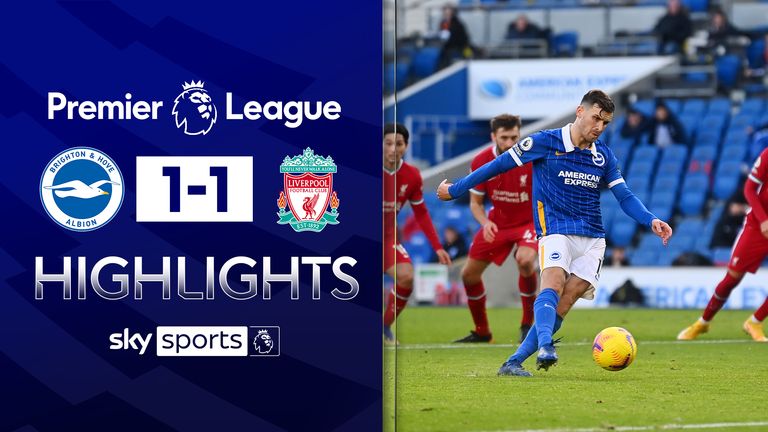 "But I was also watching the games [on Sunday] and I saw two very similar [challenges] on Marcus Rashford and Adama Traore that went unpunished and looked very similar to what I did to Danny Welbeck and both of them weren't a penalty and mine was.

"For me, either all three have to be a penalty or all three aren't. It is frustrating for teams to see certain decisions in different games go against them and they think it is very similar.

"We are just looking for consistency. We believed we would get that with VAR and maybe we aren't getting it just now. Hopefully that can come in time because I think the game is crying out for it." 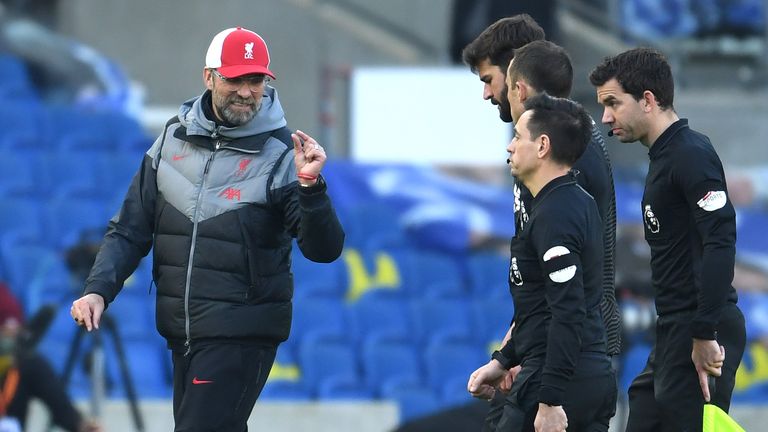 Robertson is also concerned at the amount of debate certain decisions continue to cause and believes players would be much more willing to accept them if the final say only lies with the on-field match referee.

He added: "I would rather leave it up to the referee's naked eye. It is much easier to accept mistakes then than when so much technology is around it."

Reds team-mate James Milner said fans and players alike "are falling out of love with the game" and that it is "clear and obvious" there is plenty of evolution required with the current implementation of VAR.

Robertson says the overall football experience has changed for the poorer as a result of its Premier League introduction since the 2019/20 season.

"I used to love going to football games and being in that moment to celebrate a goal," he said.

"That's just taken out of the game. Now you're waiting sometimes two to three minutes to see if there is an offside. If it's that tight for me then leave it to whatever decision they have made.

"Millie echoed not just what players but also a lot of football fans are feeling. A lot of people I speak to aren't enjoying watching football as much as they did before." 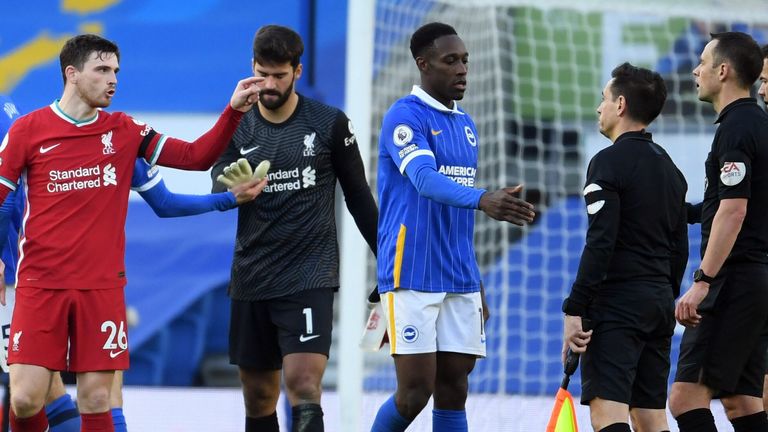 When asked if the original decision not to award the penalty was a 'clear and obvious error', former Premier League referee Dermot Gallagher said: "This is the dilemma, as you can see from Stuart's angle that it's clearly not a penalty.

"But when you go to the angle behind the opposite goal, which the VAR saw, you can see it clearly is a penalty. The VAR has then got the information that Stuart hasn't got, and he's invited him to the review area to have a look at it himself.

"That's the process. People can ask whether it's a clear and obvious error, and it is when you look at the angles the VAR had. It's impossible to say to the referee 'it's not a penalty' when you've got that view."