Jurgen Klopp: Liverpool manager says he is not available to replace Joachim Low as Germany head coach in summer

Joachim Low to stand down as Germany manager after Euro 2020 this summer; Jurgen Klopp one of the early favourites to replace Low, but Liverpool boss says he will not be available; Low led Germany to glory at 2014 World Cup 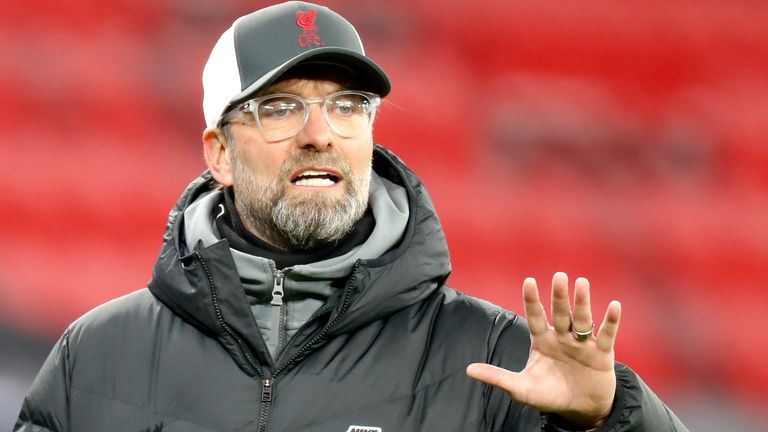 Jurgen Klopp has ruled out the possibility of replacing Joachim Low as Germany manager this summer.

On Tuesday, Low announced his decision to step down as Germany boss after Euro 2020, which is taking place at the end of the season.

Klopp was immediately installed as one of the favourites to replace Low, but the Liverpool manager said: "If I am available for coach of the German national team in the summer? No. After the summer? No.

"I have three years left at Liverpool, that's a simple statement, a simple situation.

"You sign a contract and you normally try to stick to that contract don't you? I had a contract in Mainz where I stuck with them even though there was interest from other Bundesliga teams with more money.

"It is just timing and if it doesn't work out you don't have to lose any sleep over it.

"Jogi Low did an incredible job for so many years. I understand that he wants to have this highlight at the European Championship, try to squeeze everything out that he can in this tournament, and then somebody else will do the job.

"Someone else will do the job and I am pretty sure with the amount of really good German managers at the moment the German FA will find a good solution." 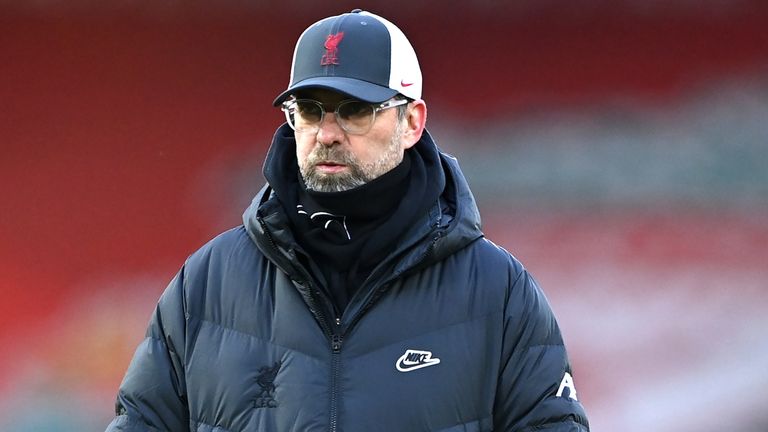 Jurgen Klopp would be Germany's first choice to replace the departing Joachim Low, says Sky in Germany's Uli Kohler - but only if the Liverpool boss is interested

Low was contracted with Germany until the end of 2022 but asked the FA to end his reign a year early.

The 61-year-old was Jurgen Klinsmann's assistant before replacing him as manager in 2006. He led his country to World Cup glory in 2014, as well as the final of Euro 2008.

However, he has been attempting to rebuild the national team since their shock exit at the group stages of the 2018 World Cup in Russia.

Klopp was speaking ahead of Liverpool's Champions League last-16 second leg against RB Leizpig, whose manager Julian Nagelsmann also ruled himself out of the running to replace Low on Tuesday.

Klopp: Home form nothing to do with Anfield

Liverpool go into Wednesday's game against Leipzig on the back a 1-0 home defeat to Fulham, a defeat which extended their losing record at Anfield to six games. 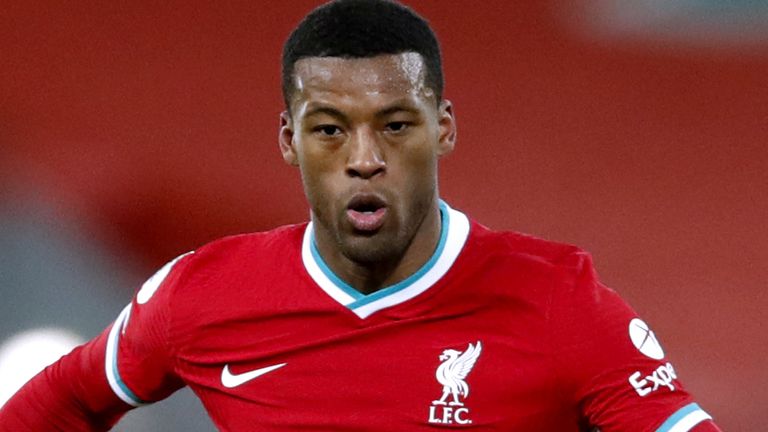 But Liverpool's dismal home form contrasts starkly with their away record, which currently stands at four wins from their last five games and includes victories at Tottenham and West Ham, as well as against Leipzig in Budapest.

Wednesday's second leg against the German side will also be played in the Hungarian capital due to coronavirus restrictions, but Klopp does not believe playing away from Anfield is necessarily an advantage.

Asked about their poor home form, he said: "It's because of performances and maybe the opponents. We had really good moments in this season and the Tottenham and West Ham games were really good.

"But consistency is the issue. It has nothing to do with Anfield. There is nothing bad to say about Anfield. It was about the games."

While Liverpool are the favourites to reach the quarter-finals after beating Leipzig 2-0 in the 'away' leg, they may be without Roberto Firmino on Wednesday after the forward missed training with a sore knee.