Liverpool manager Jurgen Klopp does not expect centre-backs Virgil van Dijk and Joe Gomez to feature at Euro 2020; they are both out with long-term knee injuries; follow Wolves vs Liverpool live on Sky Sports PL and Main Event from 7pm on Monday; Kick-off 8pm

Liverpool boss Jurgen Klopp does not expect Virgil van Dijk and Joe Gomez to play at Euro 2020 this summer.

The Reds boss said he was planning for the centre-backs, who have been out with serious knee injuries for several months, to be available for pre-season training in July and has been given no indication they could be ready sooner.

Liverpool's Netherlands international captain, his English partner in defence and also Joel Matip will not feature in the remainder of the club's campaign, having been injured in October, November and January respectively.

"It is not my decision but to be honest, the information I have at the moment is that it will be unlikely," said Klopp of any potential summer international involvement.

"So (it's) not that I don't let them go, because I don't want to have to do that anyway, it is because of the extent of the injuries.

"We all hope they will be ready to start pre-season with us, that's what we all hope. With Joel, it is pretty much the same.

"These are really serious injuries and it is now not about talking about which competition they play.

"I am always open for positive surprises and they all of a sudden turn up in team training - but no-one told me that.

"The two of them look better than Joel, as he is still in what looks like ski boots. Joe is not running, Virgil is already running but this is a real tough one. 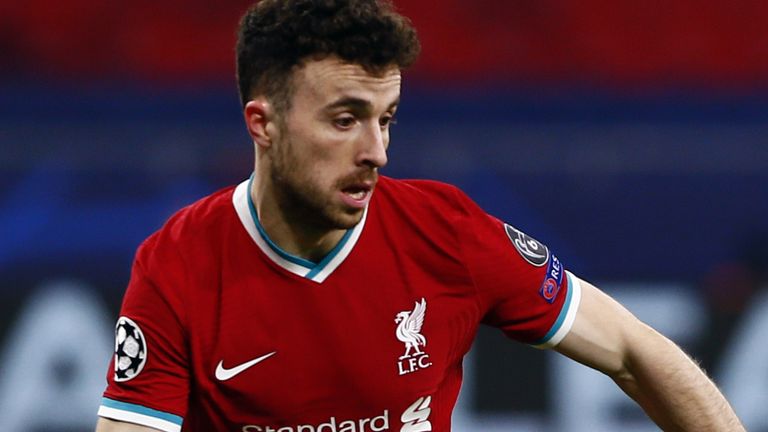 "We will be completely over the moon when they are ready to train with us for the start of pre-season but the Euros, I didn't think about it.

"When do you have to be back to be ready to play in the Euros? The week before? The day the Euros start? I don't know.

"I understand maybe the need of that but we cannot make this decision and we will not. They will be fit when they are fit."

Wolves vs Liverpool will be shown live on Sky Sports Premier League and Main Event from 7pm; kick-off 8pm. Sky Sports customers can watch in-game clips in the live match blog on the Sky Sports website and app. Highlights will also be published on the Sky Sports digital platforms and the Sky Sports Football YouTube channel shortly after the final whistle.