Ibrahima Konate has a release clause of €35m (£30.2m); RB Leipzig expect Liverpool to sign the French 22-year-old this summer; the centre-back was an unused substitute in both matches when the two sides met in the Champions League earlier this year

RB Leipzig expect Ibrahima Konate to join Liverpool this summer and are waiting for official confirmation that they will pay his €35m (£30.2m) release clause.

Leipzig are already looking for replacements for the French centre-back, who turned 22 on Tuesday and made 21 appearances in 2020-21.

Bayern-bound Dayot Upamecano and Willi Orban played the majority of the campaign at centre-back, while Konate suffered an ankle injury in December which kept him out for two months.

Upon his return, Konate remained an unused substitute in both of Leipzig's Champions League last-16 matches against Liverpool.

Leipzig lost that tie 4-0 on aggregate, with Liverpool winning both matches 2-0 thanks to goals from Mohamed Salah and Sadio Mane in each leg. 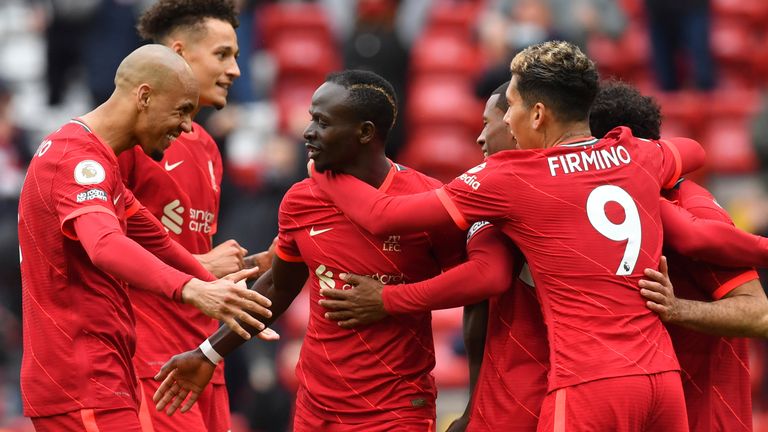 Mark Bosnich says it's a magnificent achievement for Liverpool to clinch top four this season, after claiming 26 points from their final 30 available to finish third on the final day.

Back in March, Leipzig's sporting director Markus Krosche said the club were hopeful of keeping Konate, whose contract expires in June 2023.

"I think that this is not an option for Ibu," Krosche said of Konate. "He has a long contract with us and he knows what we mean to him and what he means to us.

"He was unlucky last year as he had a long-term injury but this year he is developing well and he is an extremely important player that has a lot of potential.

"We want to help him to develop further, and we play in Europe and have a very good team, so I don't see a reason for him to leave us."

Liverpool were handed a massive blow when Virgil van Dijk was lost to a season-ending injury in October and then suffered more injury woes when fellow centre-backs Joe Gomez and Joel Matip were sidelined.

The Reds brought in Ozan Kabak late in the January transfer window on loan from Schalke for the remainder of the season and signed Preston's Ben Davies on a permanent deal on Deadline Day.

Nathaniel Phillips and Rhys Williams also enjoyed regular game-time this term, and were centre-back partners at the tail-end of the season as Liverpool secured a top-four place and Champions League football next year.