Chelsea boss Thomas Tuchel is "an outstanding manager", says Jurgen Klopp; on coaching: "From the first second, I was addicted"; watch Liverpool's clash against Chelsea in the Carabao Cup final live on Sky Sports Football on Sunday from 3.30pm; kick-off 4.30pm 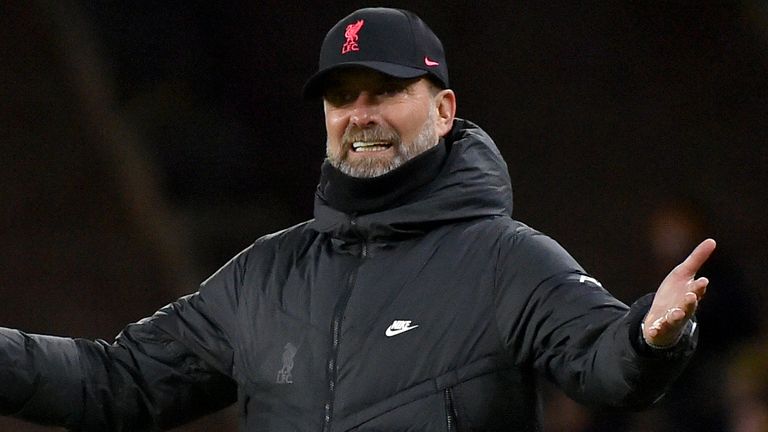 Liverpool manager Jurgen Klopp reflects on his career and the increased prominence of German coaches in football in an exclusive interview with Sky Sports ahead of the Carabao Cup final.

When did you decide you wanted to become a coach?

"I actually knew it really early, I think when I was 20.

"I arrived at Frankfurt from the Black Forest and played there for the U23s for Eintracht Frankfurt. And university hadn't started yet, so I had some time on my hands and asked the club if I could do some coaching with the kids, and they said 'Okay, if you want'. I started doing that with another player from the U23s and from the first second, I was addicted pretty much.

"I did my badges early. I started sports science so I was prepared for the technical stuff of being a coach and all the rest is experience that you get over the years. I was blessed with wonderful clubs and they allowed me to grow in this role because at the beginning, I was obviously a player who coached a team. But that changed then, over the years."

What was your footballing philosophy while at Mainz 05?

"It was already about intensity then, but that was a clear one because we were in a difficult situation. We were bottom of the table and if you want to change that, you always have to increase intensity.

"I don't think I thought about possession for the first seven or eight games. I knew I had quality in the team, like the strikers - they were really good - but we were just about organisation and how we [could] close the other team down.

"That was actually the reason for counterpressing, because we were not creative. I had no time to work on that creativity, passing behind the lines, all of these kinds of things.

"That changed massively over the years because you cannot do it like that all the time. We only had 12 games in hand to stay in the league and we were a lot of points behind. It was actually a 'Mission Impossible' if you want - that's why I got the job. And when we made it (escaped relegation) on matchday 33, it was a big sensation.

"It's about organisation and intensity. Those are probably the two things that will never change; the rest developed over the years because of the quality of the players I got."

What was the sweetest spot for you at Borussia Dortmund?

"I have to say it's the day after we won the double (Bundesliga and DFB-Pokal), so 2012. Being on that big van in the city and seeing all the people. Winning the championship the year before was already a sensation. We did not have the best start in the 2011/12 season, so people were worrying we would only do it once.

"So in this moment, I remember we owned the world. That's how it felt and unfortunately, that was not true because Bayern owns the world in Germany and they hit us properly (Bayern have won the Bundesliga in every season since 2011/12).

"If this team could have stayed together - exactly that 2012 team - for a few more years, that would have been a really interesting story in European football.

"But for this one moment [...] we felt pretty good. There were a lot of good moments at Dortmund, I loved each second of it, but this one was the highlight."

When did you first meet Thomas Tuchel?

"After that, I heard so many good things about him because I'm friends with Christian Heidel, the director of sport at Mainz. When he started talking about him, he could not stop! It was crazy. Thomas was an incredible talent then, (and) did an incredible job with the youth of Mainz.

In terms of Wembley, you haven't had too much luck there so far - do you have any thoughts on the stadium?

"How many times have I been at Wembley and lost? Twice (in the 2012/13 Champions League final with Borussia Dortmund and the 2015/16 EFL Cup final with Liverpool). That's good, because usually I do it (win) the third time. That's the story of my life, a little bit - it's like this with the Champions League, it's like this with other things as well.

"So, it's a good sign and a bad sign. I like the stadium and I liked it when we were there. Both games were really close. Both times we performed pretty well, which is good when you play a final. Yes, both times we lost, but I'm more than happy to try it more." 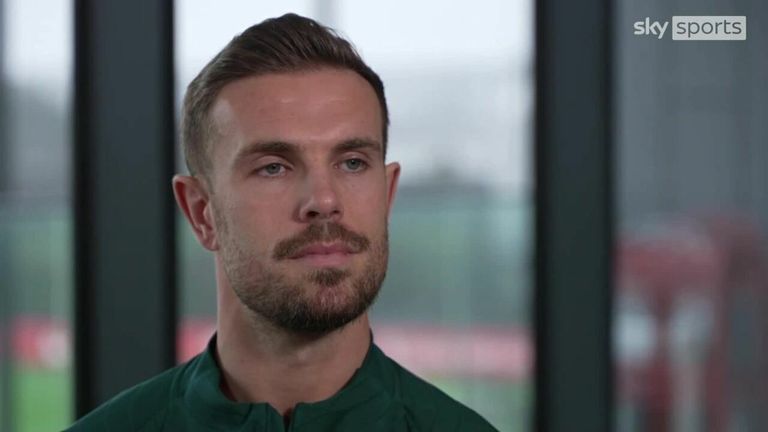 German coaches are at the top of English football at the moment - how does that go down in Germany? Are people proud of that or do they feel they should be in the Bundesliga?

"They are fine with it - by the way, a Spanish coach is on top of it, but we are around!

"It's really nice. Years ago, I think Spanish coaches, especially Italian coaches, even French coaches coached everywhere in the world. But no German coaches.

"Some did, obviously, but not a big number. It took a while, but since then, the difference is that the German Bundesliga gave a lot of young coaches an early chance.

FREE TO WATCH: Highlights from Chelsea's draw against Liverpool in the Premier League.

"I got it early, but that's 20 years ago now and it was not the same story because I started in the second division. But it's not only (Julian) Nagelsmann or Tuchel, it's (Matthias) Jaissle in Salzburg now, still in the Champions League. We have (Domenico) Tedesco, we have a lot of really good ones because they got the responsibility pretty early.

"The time when former players became a coach (…) they were pretty young, 35 or 36 - that didn't work out too well, so now these very ambitious, very busy young men are arriving, getting their badges early in their lives and get responsibility. And they, more often than not, deal pretty well with it. That makes a good coach in the beginning.

"Nobody starts as a successful coach, but the early experiences help you on the way and we all get the benefit of that: we could start early and make our experiences, more or less, a little bit in the shadow, (and) make our mistakes then. A look at Liverpool's route to the Carabao Cup final where they'll face Chelsea on Sunday, live on Sky Sports.

Watch Liverpool take Chelsea on in the Carabao Cup final, live on Sky Sports on Sunday February 27, kick-off 4.30pm. You can also follow live updates of the game in our dedicated liveblog on the Sky Sports app and on SkySports.com.